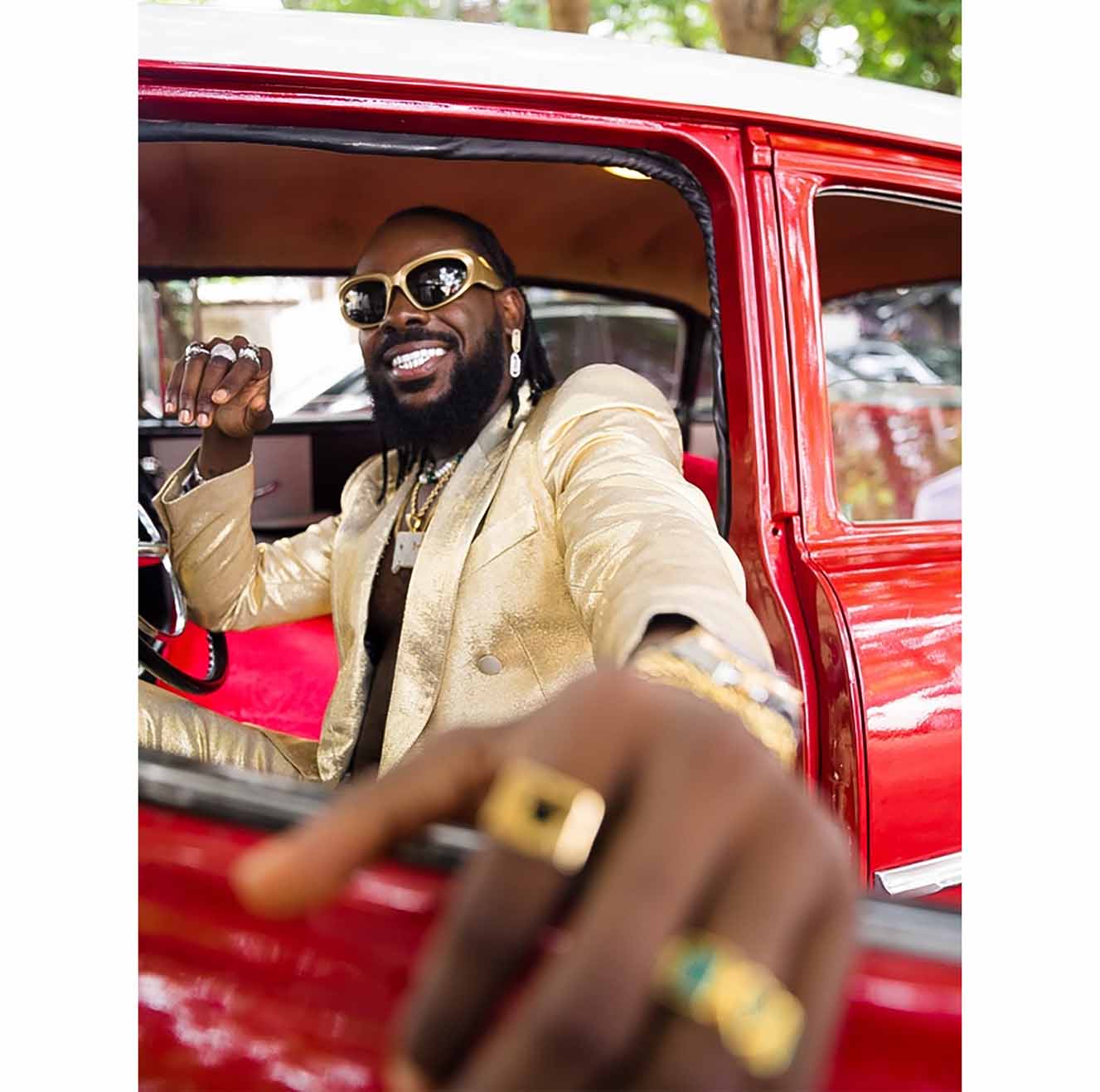 Hot on the heels of his recent sold-out 19-city North America and Australia tour dates which Variety described as ‘like a party’ with ‘top form vocals’, the ever popular, international Afropop sensation Adekunle Gold today drops the official music video for his latest single ‘5 Star’ (out now on Afro Urban Records via Platoon).

Already proven to be the summer anthem for embracing your journey to your own superstar status and channeling your inner VIP with the ‘5 Star’ Open Verse challenge which is currently sweeping across social media, the vibrant and cinematic TG Omori-directed visual for the Kel-P-produced single, perfectly captures Adekunle Gold’s evolution into a global music and style icon - dressed in full Dolce & Gabbana looks, styled by Ugo Mozie.

‍
Speaking on ‘5 Star’, Adekunle Gold said:  “’5 Star’ is an opportunity for me to speak my truth, to honestly express my experiences and my reality. It’s a manifestation of the life that I want for myself and for all of you.”

The latest single and visual follow the release of Adekunle Gold’s fourth studio album Catch Me If You Can, which has amassed almost 300 million streams since its release earlier this year and features collaborations with an array of top-tier talent including Ty Dolla $ign, Stefflon Don, Fatoumata Diawara and Fousheé and the hit singles ‘It Is What It Is’, ‘Sinner’ ft Lucky Daye,  ‘High’ ft Davido and ‘Mercy’.

Recently unveiling his stunning NPR Music Tiny Desk performance with breathtaking live versions of some of his best loved hit records from Catch Me If You Can and 2020’s Afropop Vol. 1 and his spellbinding GRAMMYs Press Playand Reimagined performances, Adekunle Gold is set to take his ‘Catch Me If You Can’ tour and one-of-a-kind stage presence to Afropunk Festival in New York in September, London’s O2 Academy Brixton on October 9th. Salle Pleyel in Paris on October 12th and then Manchester’s Albert Hall on October 14th.

One of the most recognisable and exciting pioneers of the vibrant Afropop genre, currently dominating airwaves across the globe – mixing Afrobeat with Pop, Hip-Hop and R&B influences, Adekunle Gold is one of the most elegant and innovative artists to come out of Africa.  With the arrival of his new single and his upcoming international tour dates, fans can experience more of an insight into Adekunle Gold’s personality – stylish, timeless and ground-breaking.

CATCH ME IF YOU CAN TOUR DATES:

Adekunle Gold is a Nigerian born and bred singer-songwriter based between Lagos, Nigeria, and the US. He gained recognition from his very first release, ‘Sade’ a love song which sampled instrumentals from One Direction's ‘Story of My Life’ which led to him signing a recording contract just two weeks after its release

Since then, Adekunle has released 4 albums: Gold (debuting at #7 on the Billboard World Albums Chart), About 30 (shortlisted for the GRAMMY® Best World Album), Afro Pop Vol 1 - which has amassed a staggering 680 million plus streams and spawned the global hit records ‘Okay’ and ‘Something Different’
- and now ‘Catch Me If You Can’.