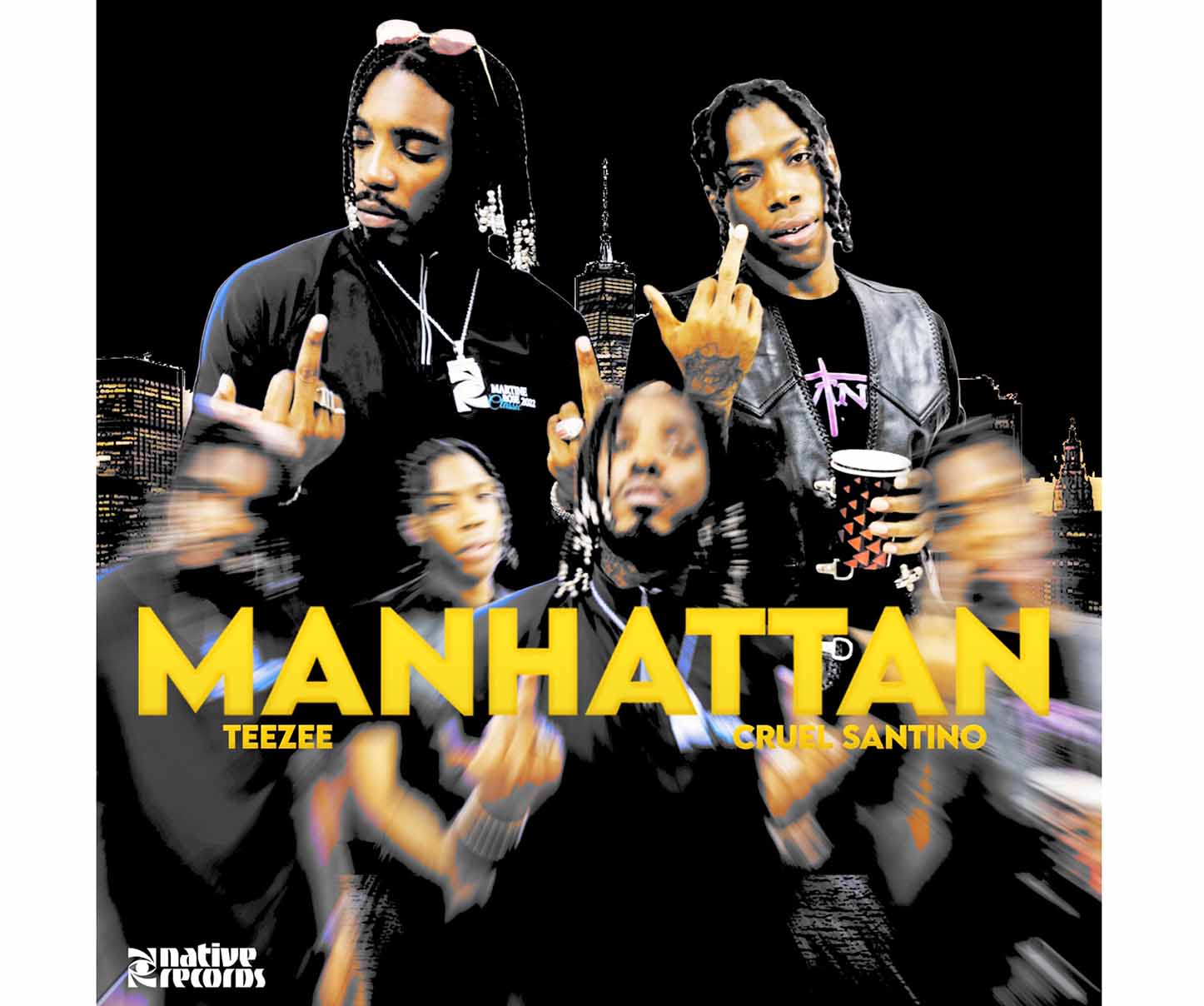 Produced by GMK from Monster Boys (who previously worked with TeeZee on previous singles ANCESTORS and DRK SKN), the track is another butter smooth Alté banger from two of the most iconic names in the genre and marks the first new release from TeeZee since his debut EP ARRESTED BY LOVE earlier this year. Speaking on the track, “TeeZee says “it’s the beginning of a new journey, the sequel to ARRESTED BY LOVE is on its way!”.

Released in February of this year, ARRESTED BY LOVE immediately received widespread acclaim from a who’s who of key tastemakers across the UK & US such as The Fader, CRACK, i-D, Mixtape Madness, GRM, Clash, Dazed & GQ (where it was crowned one of the best albums of 2022).

Since then, TeeZee has continued his ascent, becoming a pivotal and influential name touching on every aspect of culture. In just a few short months he has lit up shows in Atlanta, Lagos, Paris, Amsterdam and London amongst others (not to mention making his Notting Hill Carnival debut), shared line-ups with Rema, Major League DJz, Central Cee & Cruel Santino & sat front row at this year’s Givenchy, Dior & Casablanca shows. Additionally, the ‘Fresh Prince of Lasgidi’ found the time to launch Africa’s most hotly tipped record labels, NATIVE RECORDS, in partnership with Def Jam US, releasing their debut full-length NATIVEWORLD, a compilation which Dazed described as a “forward thinking interpretation of music from across the continent”.

One of the most striking names in helping bridge the gap between Lagos and London, TeeZee’s impact in helping take Nigerian music & culture into the global mainstream has been undeniable. He co-founded
Nigeria’s NATIVE Network as well as one of Africa’s biggest music festivals, NATIVELAND; he pioneered the modern alté movement as a member of supergroup DRB (alongside Fresh L & Boj); he’s collaborated with the likes of Tems, Olamide, Skepta, Kid Cudi, Lady Donli, Odunsi (the Engine), Pa Salieu, Knucks, Davido, Prettyboy D-O, Deto Black, Teni the Entertainer and more.  Through it all he has become a master of forwarding thinking Afro-fusion and one of the most exciting young artists working today.