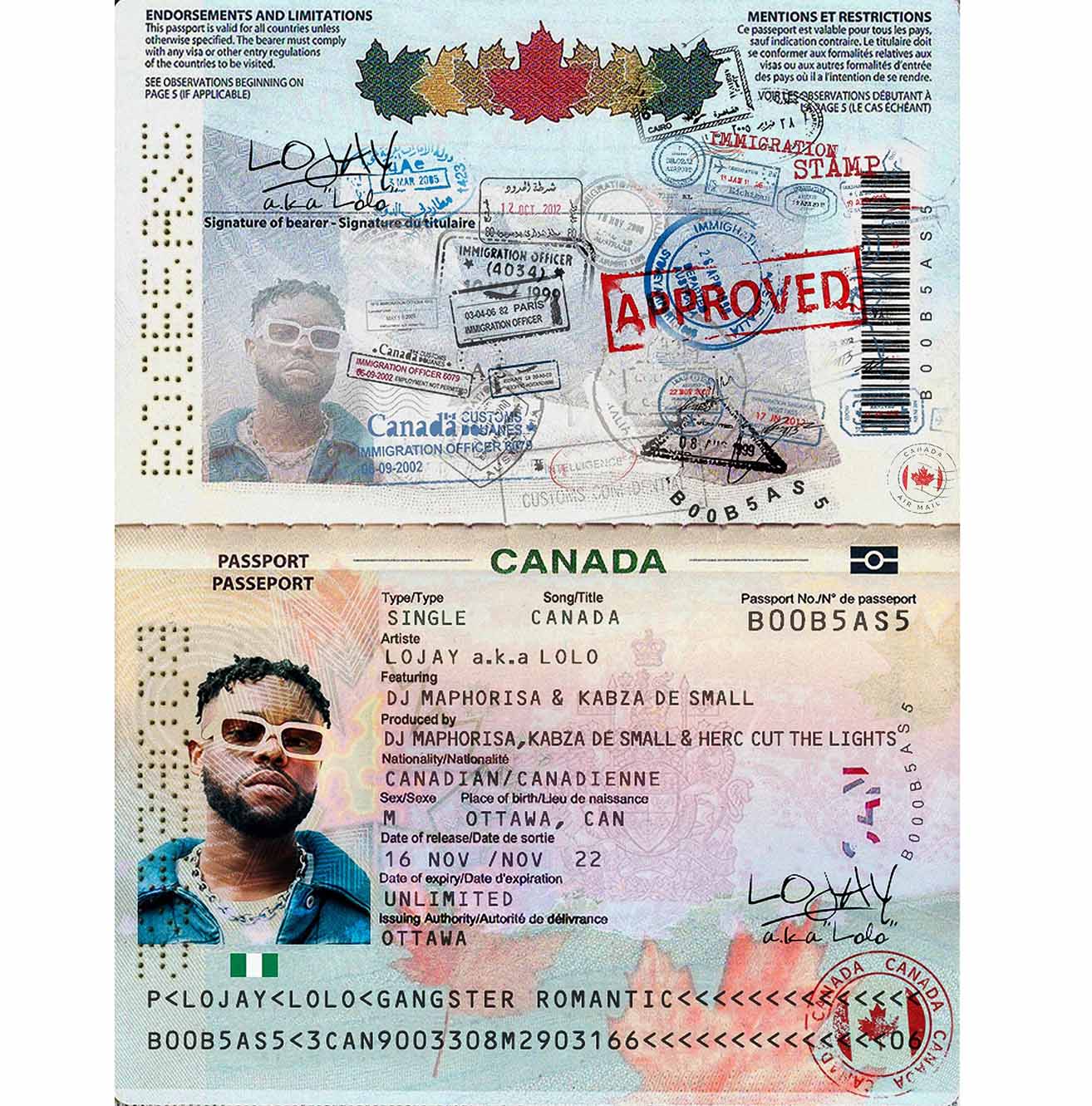 ‘Canada’ launches with infectious percussive instrumentation, paving the way for Lojay’s unique voice to lead listeners through a remarkable journey. Merging his melodic vocal perfectly with the Amapiano vibe created by Maphorisa and Kabza De Small’s production, the club-ready heater points towards the dancefloor.

“More than anything 'Canada' was inspired by Lagos and the social culture in the city,” Lojayshares about the meaning behind the record. “A lot of relationships have become transactional in Lagos and I wanted to touch on that and take my listeners through and all too familiar story but with a lighthearted perspective. One party wants a good time, the other wants a way out. Demand and Supply.”

Discussing what it was like to collaborate with Maphorisa and Kabza De Small, he continues, “Maphorisa and Kabza are African music legends and have been for a long time, so getting the chance to work with them was nothing short of an honor.”

Born and raised in Lagos, Lojay is the fast-rising singer, songwriter and producer with a unique lyrical tone and a musical style that is largely indicative of his Yoruba roots. began creating music as a means of escaping reality and suppressing anxiety. Music allowed him to create beautiful fantasies in his mind, exploring a concept of wellness not just for himself but for his listeners.

A mammoth track to round off an outstanding year, "Canada" is bound to see Lojay reach exciting new heights.