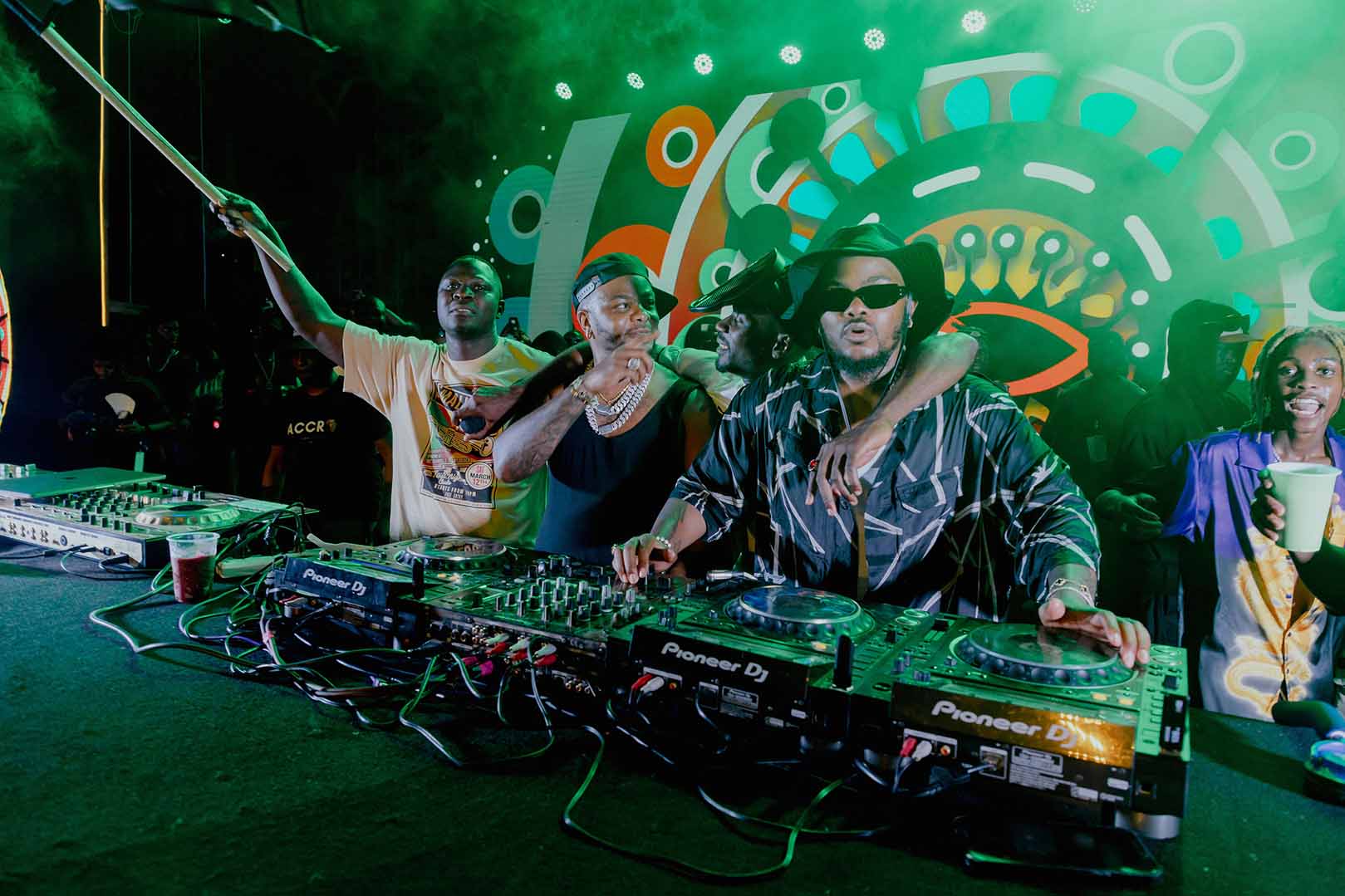 Afropop superstar and African music business entrepreneur MR EAZI put the ‘Detty’ back in Ghana’s annual holiday festivities with the biggest edition yet of his Detty Rave event series.

The Dec. 27 event, which brought out over 11,000 revelers to The Rave Grounds at Untamed Empire in Accra, Ghana, marked the return of Detty Rave after two years on ice due to the global pandemic.

“This is the first time you’ve seen EDM festival-style production on an afrobeats event,” said MR EAZI. “We had all the lazers, all the lighting, and a set design and level of production you’d find on a major music fest in the U.S. or Europe. I’m gearing Detty Rave up to be the Tomorrowland for afropop.”

No artists were announced ahead of the event, with the lineup and details kept completely hush hush. “I was hellbent on people coming for the Detty Rave brand itself, knowing they are going to see good production and have a good experience. Their faith was definitely rewarded, as this has been called the best organized event in Accra this December.”

Following the success of this year’s edition, MR EAZI plans to grow Detty Rave continent-wide, with events in South and East Africa anticipated for late 2023. “We are taking it across Africa and making it a pan African rave event,” MR EAZI said. “I am going to do three across Africa this year, and then take it to Europe and North America next year.”

‍MR EAZI introduced Detty Rave in Accra in 2017, coining the widely-used phrase Detty December (a colloquialism of Dirty December) to refer to the party-stacked festive period between mid December and early January when West Africa, and specifically Ghana, experiences an influx of overseas visitors and returning students.

Across its first three editions, Detty Rave brought an all-star cast of international performers to Accra including Rick Ross, Koffee, Giggs, Afro B, Kranium, alongside sets from Africa’s top DJs and rising stars. In 2022, to build up to the return of Detty Rave after a two-year hiatus, MR EAZI launched The Road to Detty Rave tour, with events at Ghana’s major colleges and universities during the Fall.

“Ever since I coined the term that has become synonymous with December enjoyment in West Africa, #DettyDecember, Detty Rave has been an event everyone counts down to,” MR EAZI said. “It’s become a pilgrimage. It’s always fun curating the experience and bringing people all over the world to rave in Ghana. It was beautiful to bring it back this year after two whole years apart, and take the experience to new heights with a whole new level of production.”