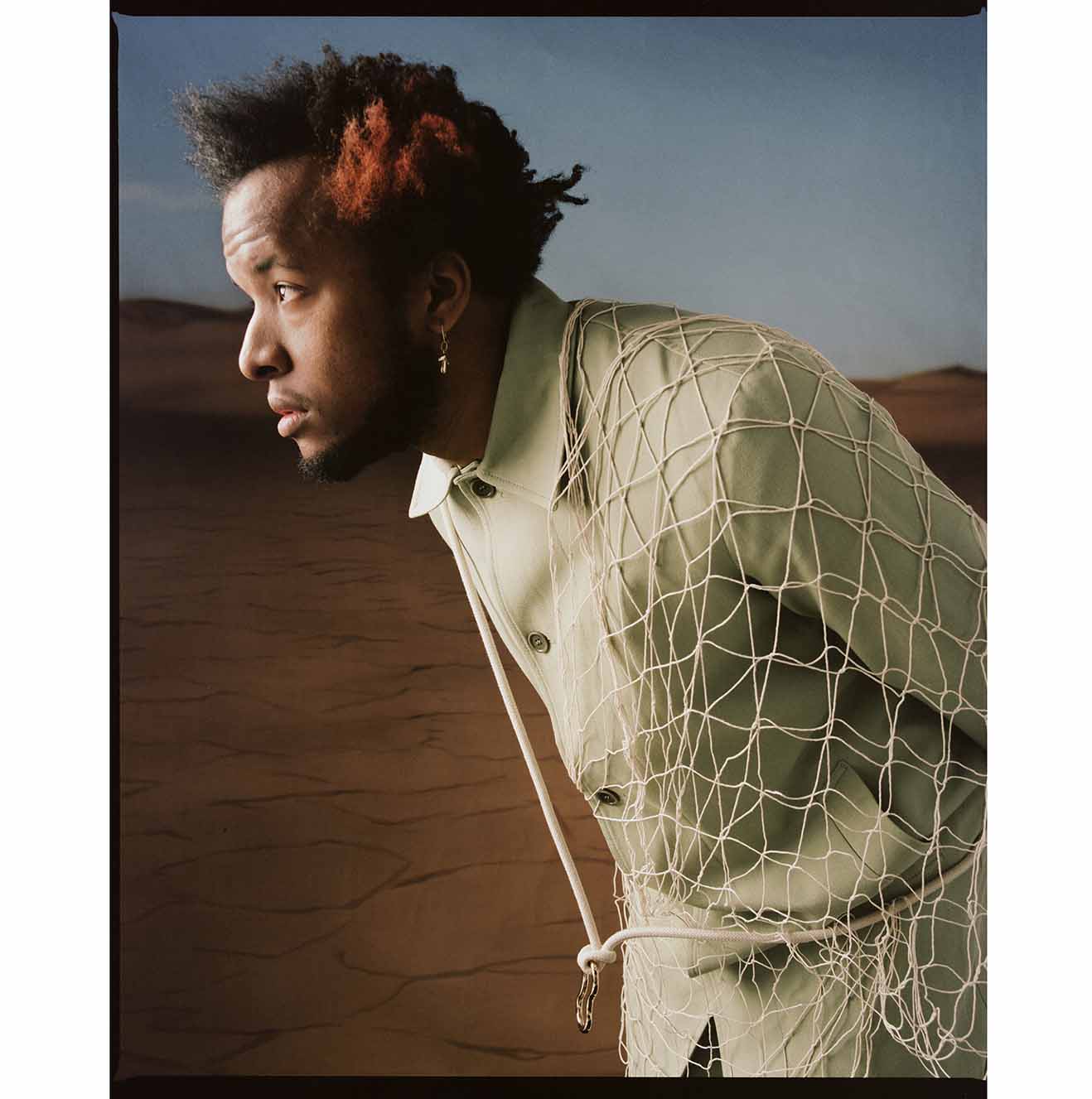 The new EP from the 28-year-old Brooklyn-based artist, producer, and songwriter toys with the meta surrealism of life and death found in birthdays, and the power of accepting the things we cannot control in life.

“I’ve always loved working with juxtapositions in my music”, said Cautious. “Conceptually Thin Ice on the Cake relates to being on the edge of something really bad as we grow nearer to death, but birthdays are also about celebrating the positives and joys of life. The cake is a great symbol of that.”

2022 has seen Cautious Clay support Lorde, BANKS and Jack White across the globe, alongside a run of festival dates and his own US and UK shows. His debut album Deadpan Love garnered critical acclaim from the likes of The New York Times, BBC Radio 1, NPR, KCRW, The Line of Best Fit to name but a few and won Independent Album of the Year at the Libera Awards. Cautious recently also teamed up with Kiana Ledé for single "Who Do You Think You Are"; the official title music for Netflix’s new hit show The School for Good and Evil.

Josh Karpeh aka Cautious Clay released his breakout single "Cold War" in 2018. The track, which was sampled by Taylor Swift in her single "London Boy", has just been certified RIAA Gold. Having released three acclaimed EPs to date, working alongside the likes of Dan Nigro, Saba, Jim-E Stack, Tobias Jesso Jr and Hudson Mohawke, Clay released his debut LP Deadpan Love in June 2021. His music has been featured on various hit shows including 13 Reasons Why, Gossip Girl and Insecure. Josh has also appeared in and scored music in Forest Whitaker’s Godfather of Harlem.