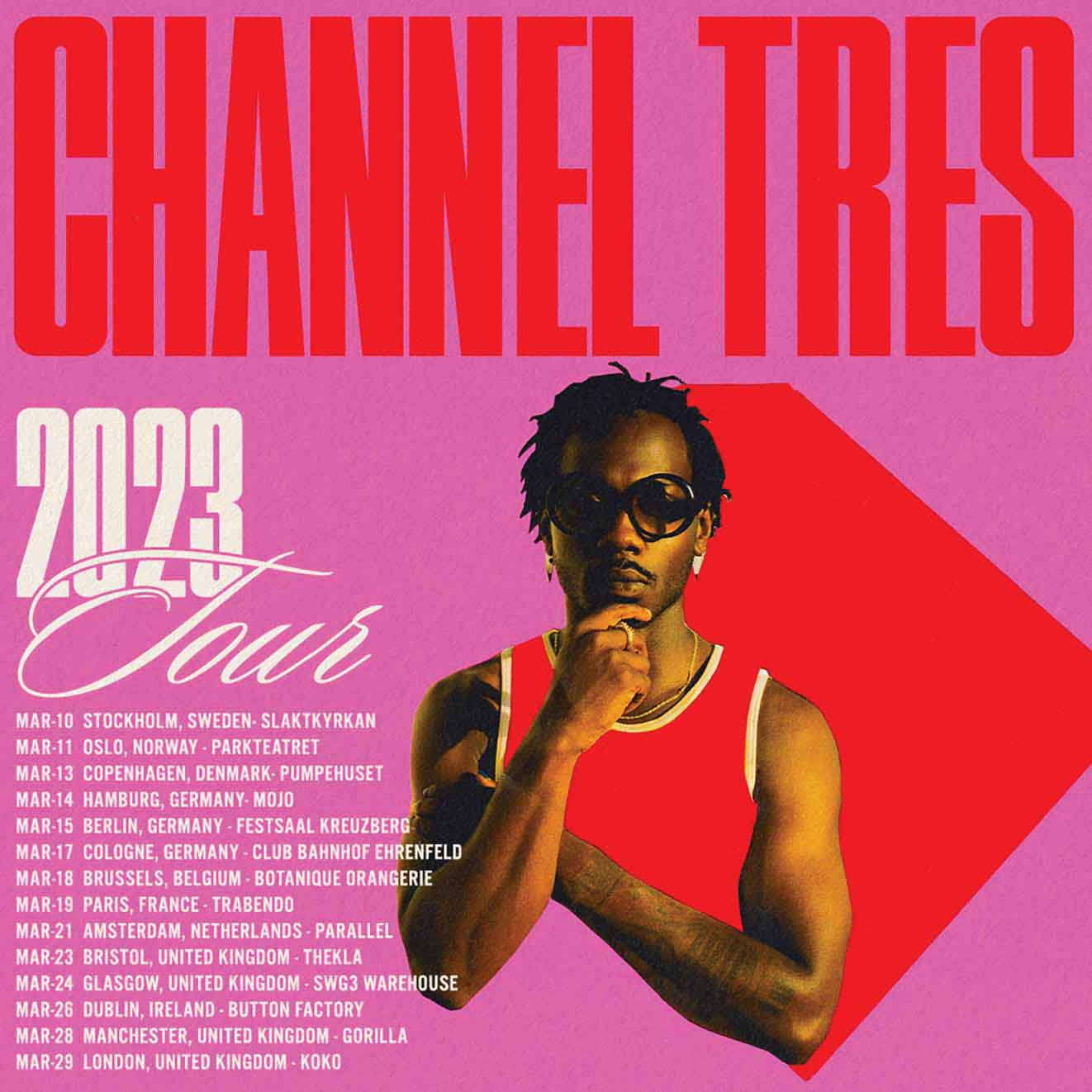 Fresh off the back of his critically acclaimed new single No Limit, Compton multi-hyphenate singer/producer Channel Tres announces his debut EU/UK tour for Spring next year. The tour follows an incredibly successful sold-out US tour and will include dates across the UK & Ireland, culminating in a very special London show at KOKO on March 29th.

Marrying the original Black roots of Chicago House & Detroit techno with classic West Coast sounds into a singular sound he lovingly dubs “Compton House”, Channel Tres has had a meteoric rise as one of the most pioneering artists of late. He’s collaborated with the likes of Honey Dijon, Shygirl & Mura Masa, toured the world with Robyn, Vince Staples & Disclosureand found a diverse set of fans including Barack Obama, Tyler, the Creator, Elton John & Dua Lipa. With a series of head-bopping singles including “Acid in my Blood” and “Ganzfeld Experiment,” and “Just Can’t Get Enough,” the stage has been successfully set for his impending debut album Real Cultural Shit coming early next year.