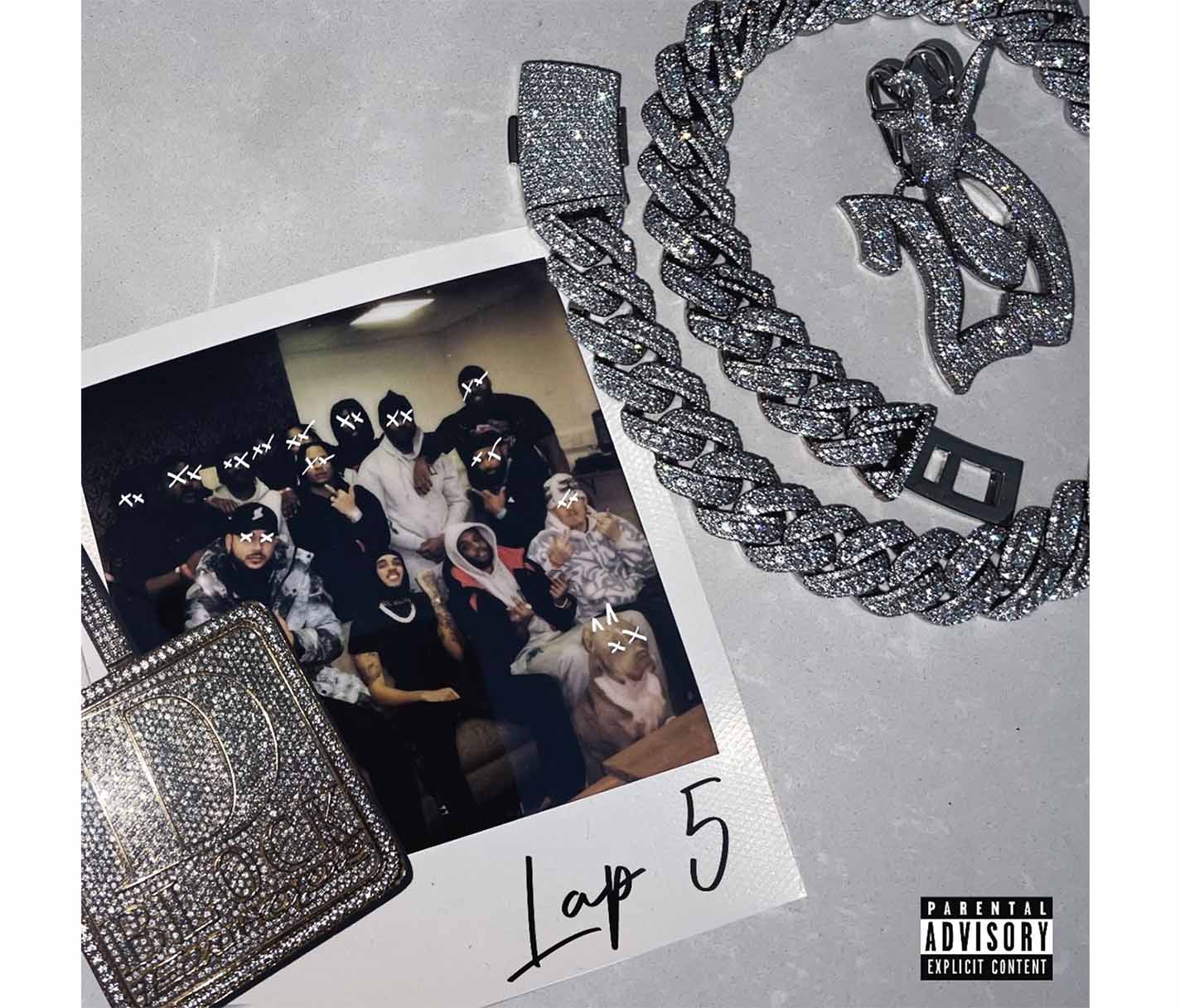 Dropping on 16th September, Lap 5 magnifies D-Block Europe’s meteoric rise as they set their sights on global domination. Consistent in carving their own lane, Lap 5 is a celebration of the last five summers. Their upcoming record is the pinnacle of Young Adz and Dirtbike LB’s distinctive artistry and compelling penmanship. It will include previous servings, ‘Black Beatles’ and ‘Elegant & Gang’, both permanent fixtures in the Official Singles Chart, alongside a wealth of brand new material.

In addition to five consecutive UK Top 10 albums, D-Block Europe have racked up three billion streams, three platinum-selling singles, a MOBO Award and two BRIT nominations to go alongside their sold-out show at The O2. D-Block Europe comprises of various artists, with Young Adz and Dirtbike LB at the forefront of the collective, pioneering their individual sounds globally.

2021 saw the arrival of D-Block Europe’s acclaimed gold-certified mixtape Home Alone 2 and the subsequent sold-out UK headline tour of the same name, which boasts a sell-out O2 Arena show. Their fourth gold-selling mixtape, Home Alone 2 has surpassed 550 million streams to date and peaked in the Top 10 of the Albums Chart on release, remaining in the Charts this year to become the 2nd biggest UK rap album of the year. Their previous single ‘Overseas’ feat. Central Cee is now certified platinum.

Ready to add to the tremendous success D-Block Europe have garnered over their musical careers to date, Lap 5 commemorates the phenomenal journey they have embraced thus far. Together with their big ambitions and charisma, the South London collective continues to raise the impeccable standard of UK rap and the achievements possible for independent artists making music on their own terms.