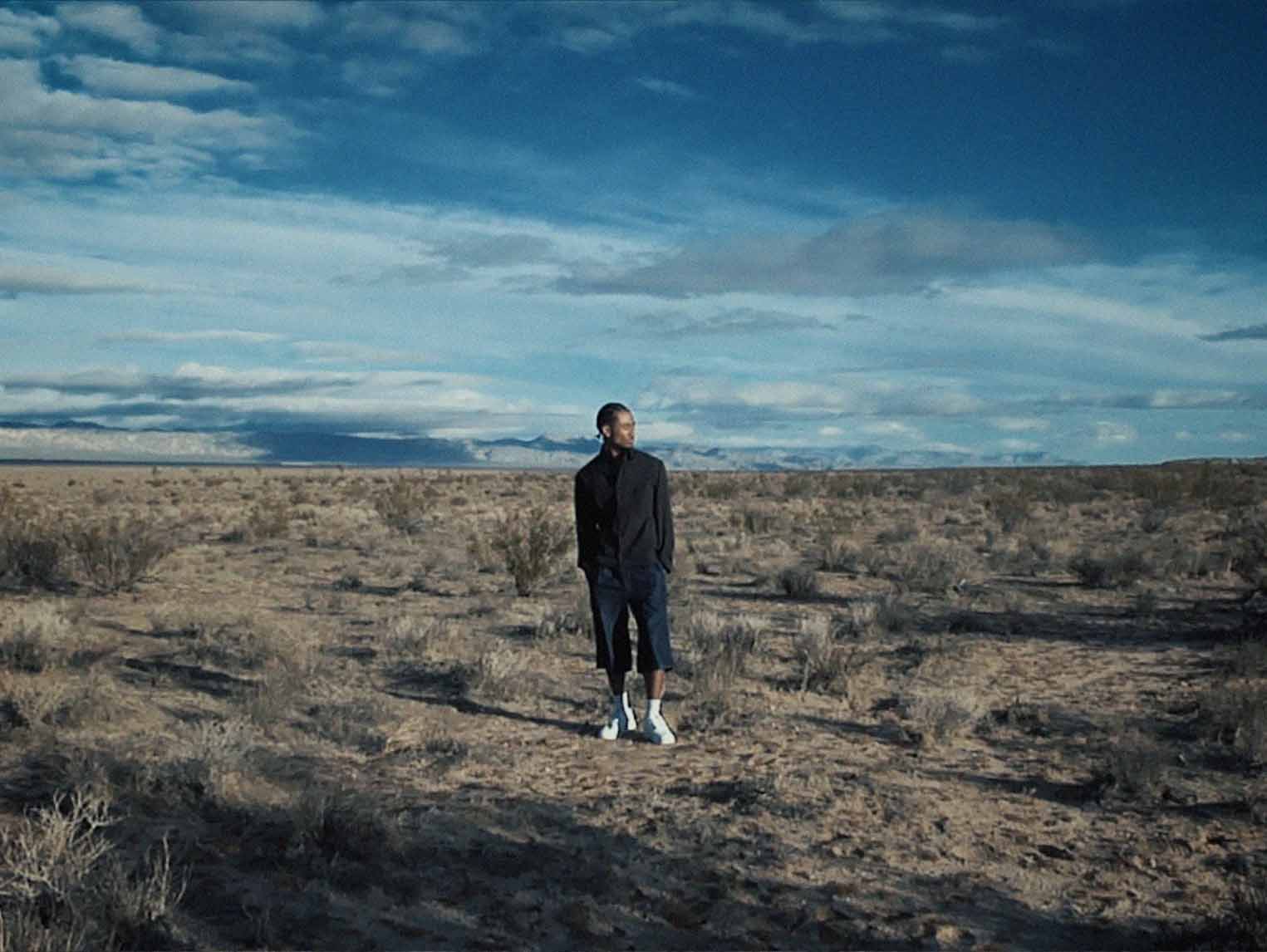 Fresh off releasing the Deluxe Edition of his breakout EP No Longer in the Suburbs and collaborating with fellow R&B acts like DESTIN CONRADand JVCK JAMES, Toronto singer-songwriter Dylan Sinclair is closing off the year strong with a brand new visual and the announcement of his debut headlining show in 2023.

Directed by frequent collaborators the Fang Group and shot near Serrania Park, CA, Sinclair has premiered the cinematic visual for new sultry single “Never” featuring an appearance by Los Angeles R&B sensation Joyce Wrice – WATCH HERE. The track appears on Sinclair’s expanded No Longer in the Suburbs (Deluxe), which has four additional songs including his explosive remix for “Open” with verses from DESTIN CONRAD and JVCK JAMES.

Dubbed an “R&B king in the making” (Complex), touted as a “leading voice reshaping Toronto’s R&B sound” (CBC Radio), and hailed as an R&B artist to watch by Apple Music, the 21-year-old R&B singer-songwriter Dylan Sinclair cemented himself as one of the genre’s most promising up-and-coming stars with the release of his breakout EP No Longer in the Suburbsthat highlighted the Filipino-Guyanese artist stepping into his own as he transitioned from teenager to young adult – all while remaining grounded, authentic, and aware that this is just the beginning.

The project produced the standout singles "Open", "Lifetime" and "Suppress" that garnered placements on flagship playlists across Spotify, Apple, Amazon, YouTube, and TIDAL upon release and gained Sinclair over 600,000 monthly listeners on Spotify alone. In support of the record, Dylan performed at the 2022 JUNO Fest, made his debut at the world's largest jazz festival in Montréal, and appeared in his hometown of Toronto for Manifesto Festivalperforming on the Budweiser Stage alongside a lineup that included dvsn and Davido.

Sinclair began writing and recording at age 15 and in 2018 self-released his debut EP, Red Like Crimson, which caught the attention of GRAMMY and JUNO Award-nominated Toronto producer Jordon Manswell known for his work with Daniel Caesar, Mariah Carey, Chris Brown, dvsn, and more. In 2020, the duo collaborated on their first effort, Proverb, which earned them a highly coveted nomination for Traditional R&B/Soul Recording of The Year at the 2021 JUNO Awards.