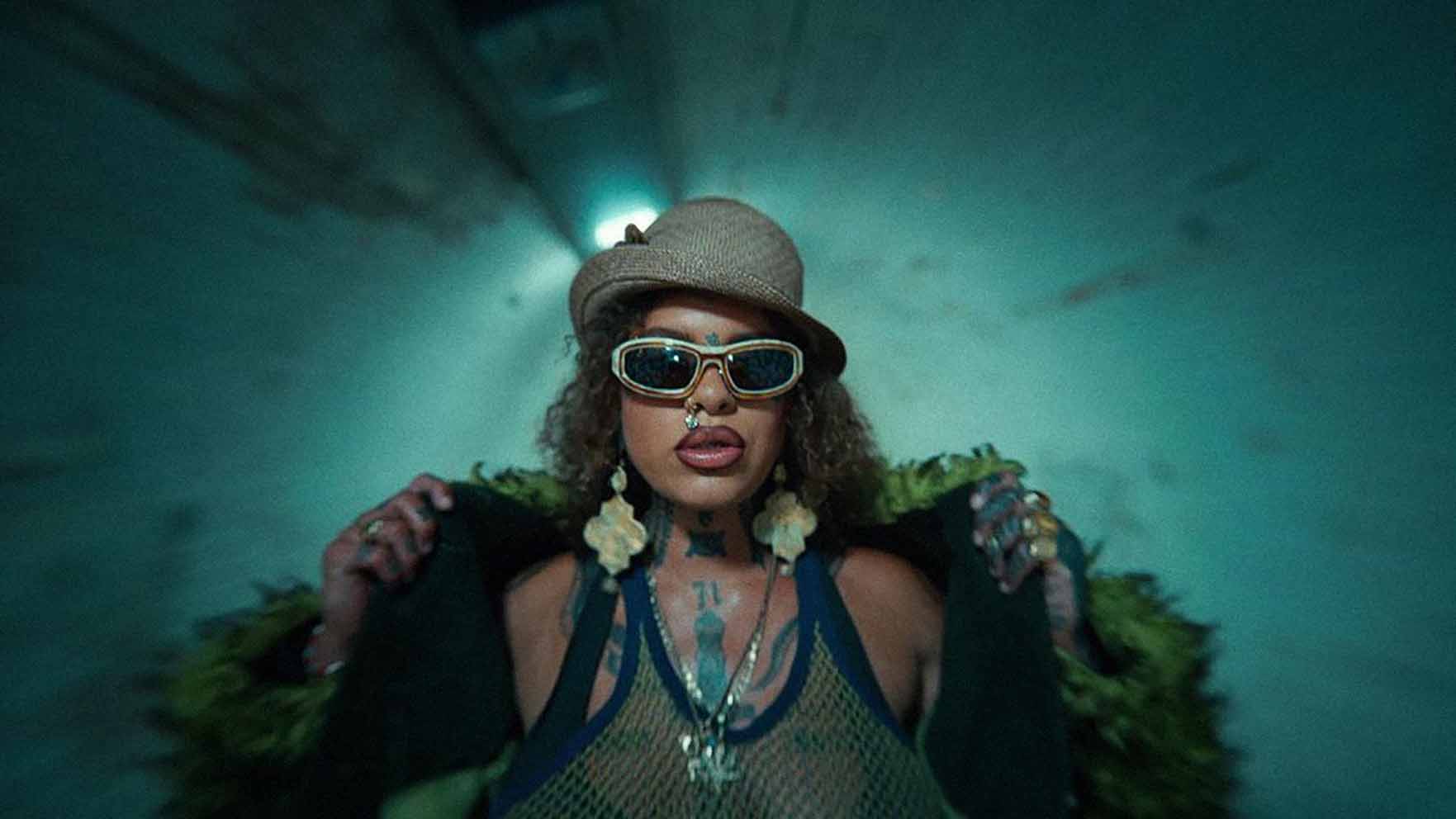 “Top Steppa V2” is essentially a new track in its own right, completely re-produced from the ground up by Leeds-born innovator Nightmares On Wax. Dubbed-out synths and rhythmically-swung drum programming sways beneath Greentea Peng’s filtered vocals, up-tempo and expansive, the track’s new arrangement bumps and shakes to the bassline with undeniable danceability.

‍Nightmares On Wax provides insight on the track: “It’s a great honour for me to collaborate with Greentea once again - after she featured on my record last year. I’m such a huge fan of her as an artist and we totally connect with the energy she shares. Top Steppa is already an amazing song, so to be able to combine the Nightmares on Wax sound with this tune for Top Steppa V2 is the perfect musical marriage. After a little back and forth vibing with Greentea, I tapped into that iconic British expression of 90’s hip hop & 70’s roots reggae with a futuristic electronic NOW twist.”

Greentea Peng comments: “It was really nice working with Nightmares on Wax, a dear friend of mine and incredible musician to retwist Top Steppa and turn it into a completely new track. Big Love!”

The “GREENZONE 108” project namesake was derived from Greentea’s ticket to the latest Gypsy King fight; seated in the ‘Green’ area, she felt “fully in the zone” as Greentea Peng during this period of exponential creativity. She would eventually decide upon the number ‘108’ for its properties as a “holy number representing spiritual completion”. It features the  singles, “Your Mind”, an eclectic menagerie of live instrumentation and swirling vocals, and the MJ Cole & Swindle produced “Stuck In The Middle”, which skillfully channels luminous R&B lyricism atop minimalistic boom-bap beats and delicate piano tones. “GREENZONE 108” is a harmonious combination of spirituality and music that Greentea Peng is widely celebrated and cherished for, a welcomed addition to her ever-growing discography.

‍“GREENZONE 108” follows the release of the critically lauded debut album opus “MAN MADE” released in the summer of 2021. The genre-melding, psychedelic 19-track journey was recorded in 432 Hz frequency to vibrate healing energy and the record appeared in end of year listings across the board.  2022 also saw Greentea Peng and her beloved band The Seng Seng Family make their Glastonbury,  alongside other key festivals in the music calendar.

‍4. Stuck In The Middle