HATCHING A FILM BY HANNA BERGHOLM / WRITTEN BY ILJA RAUTSI

HATCHING A FILM BY HANNA BERGHOLM / WRITTEN BY ILJA RAUTSI 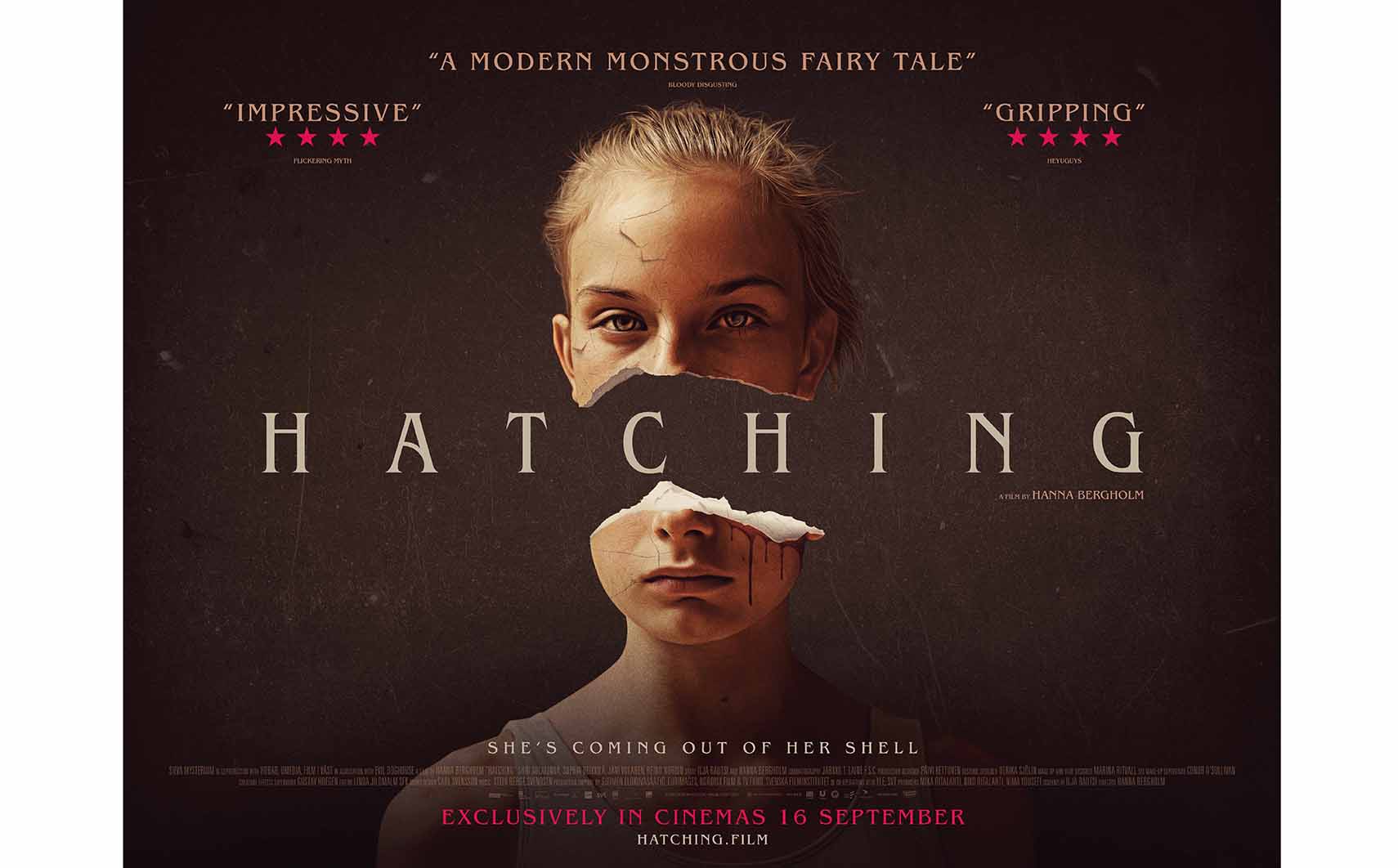 IN CINEMAS IN THE UK & IRELAND 16 SEPTEMBER

Picturehouse Entertainment have released the new trailer and poster for Hanna Bergholm’s striking debut feature film Hatching, which will be released in cinemas in the UK and Ireland on 16 September 2021.

‍
In this darkly compelling fable, 12-year-old gymnast, Tinja (Siiri Solalinna), is desperate to please her image-obsessed mother, whose popular blog ‘Lovely Everyday Life’ presents their family’s idyllic existence as manicured suburban perfection. One day, after finding a wounded bird in the woods, Tinja brings its strange egg home, nestles it in her bed, and nurtures it until it hatches. The creature that emerges becomes her closest friend and a living nightmare, plunging Tinja beneath the impeccable veneer of her family and into a twisted reality that her mother refuses to see. Hatching is the terrifying debut feature from Hanna Bergholm, heralding in an exciting new voice in horror.

With memorably outlandish practical effects from the FX teams behind Game of Thrones, Star Wars and The Dark Knight, Hatching is an audacious mix of horror, coming-of-age drama and social media satire and is like nothing you have ever seen before.