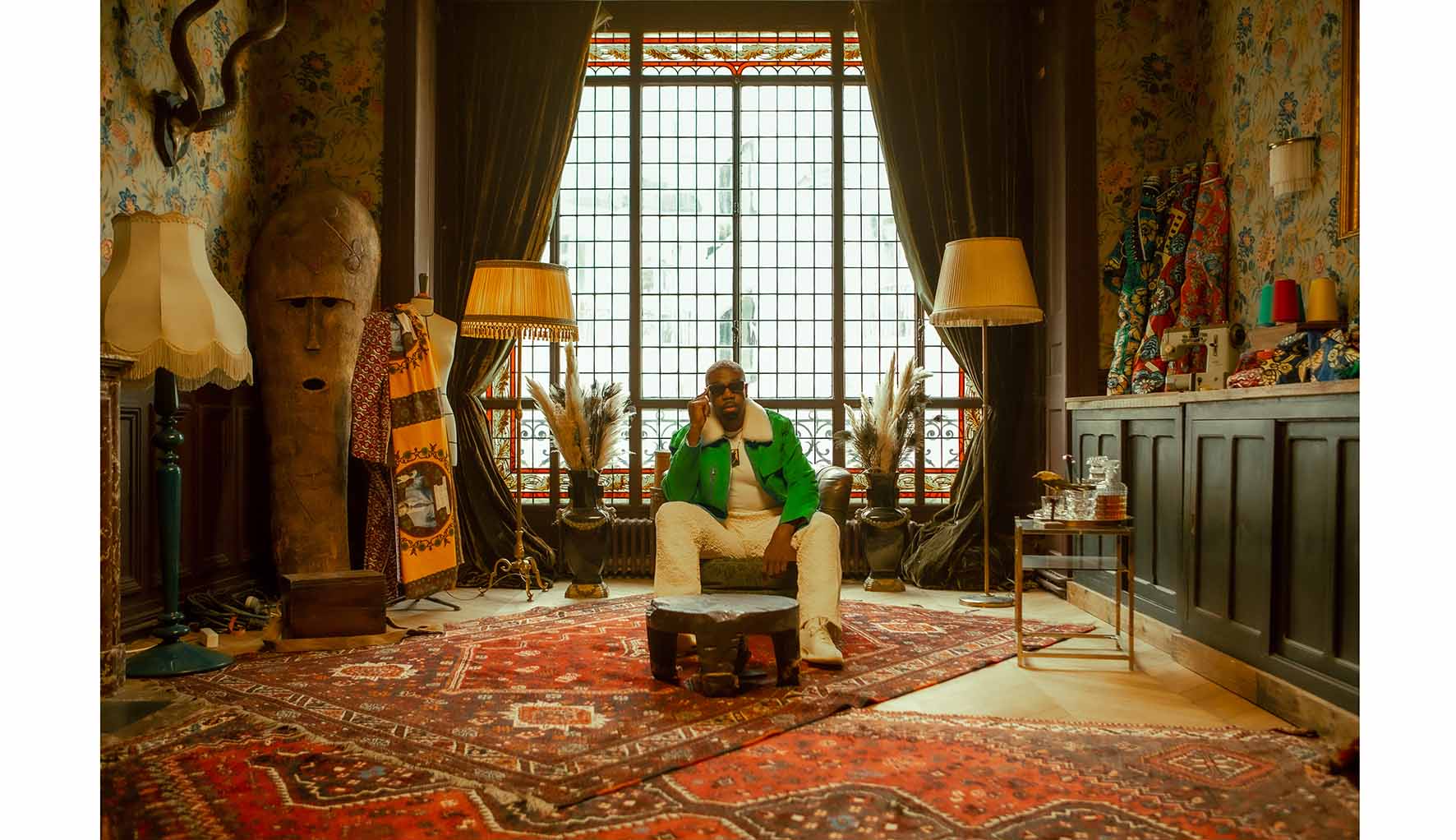 The video opens with a man, played by the dancer Biscuit (aka Aurélien Collewet), who is sitting at home alone. Suddenly he’s disturbed by the rambunctious African rhythms and hip-hop beats of ‘Jungle Go Dumb’, which is being played by his downstairs neighbour, James BKS. At first he complains, but he’s soon driven insane by the song’s intoxicating energy. Eventually he falls completely under the spell of the music and joins James BKS’ party, his dance moves becoming equally as manic, contorted and free-flowing as the other guests. Will.I.am also makes a show-stealing cameo. The video was directed by Jo & Nino.‍

James BKS says, “The idea of ‘Jungle Go Dumb’ was born during a concert I did with my band. Seeing a beautiful crowd coming from everywhere, having the best time, jamming with us to African sounds and rhythms. So I wanted something fun and light for the music video. I felt like I've said everything I wanted to say as far as deeper and personal messages on the previous visuals. It was time to just have fun and let them African rhythms take control.

Jonathan Haddad adds, “James and I are childhood friends, we've known each other since elementary school. We both grew up in working class neighbourhoods and each quickly found our own means of artistic expression. This video tackles a timeless subject: by showing the hater archetype, full of despise and prejudice. Our will is to touch social issues with an absurd humour which speaks to us all. We realised a music video with a poignant message and a very modern graphic universe allowing to open James’ artistic paw to the public, whether they’re already a fan or not.”

‘Jungle Go Dumb’ is one of the many highlights that feature of ‘Wolves of Africa (Part 1)’. Other big moments include his unforgettable breakthrough track ‘New Breed’ which boasts all-star collaborators Q-Tip, Idris Elba and Little Simz, and ‘Kwele’, which features his late father Manu Dibango, an influential pioneer who fused Afrobeat, jazz, soul and reggae within numerous musical projects spanning from the late ‘60s and into the 21st century. Collectively, the album celebrates the vast spectrum of African music, with Douala culture, Bulu and even Bikutsi rhythms infused within his pop-leaning sound.

Born in France, James BKS’s life changed radically when he moved to the States. There he became a go-to producer in the hip-hop world with Snoop Dogg, Akon, Puff Daddy and Ja Rule among the many artists who called upon his talents. In the 2010s he returned to France to set up his own label, Grown Kid, and he finally met his biological father, Manu Dibango. Thanks to a storm of events that some may call fate, he gradually formed a strong bond with his father, like a slow and thoughtful journey back to his roots. Their reunion inspired his current musical vision, as brought to life within ‘Wolves of Africa (Part 1)’.