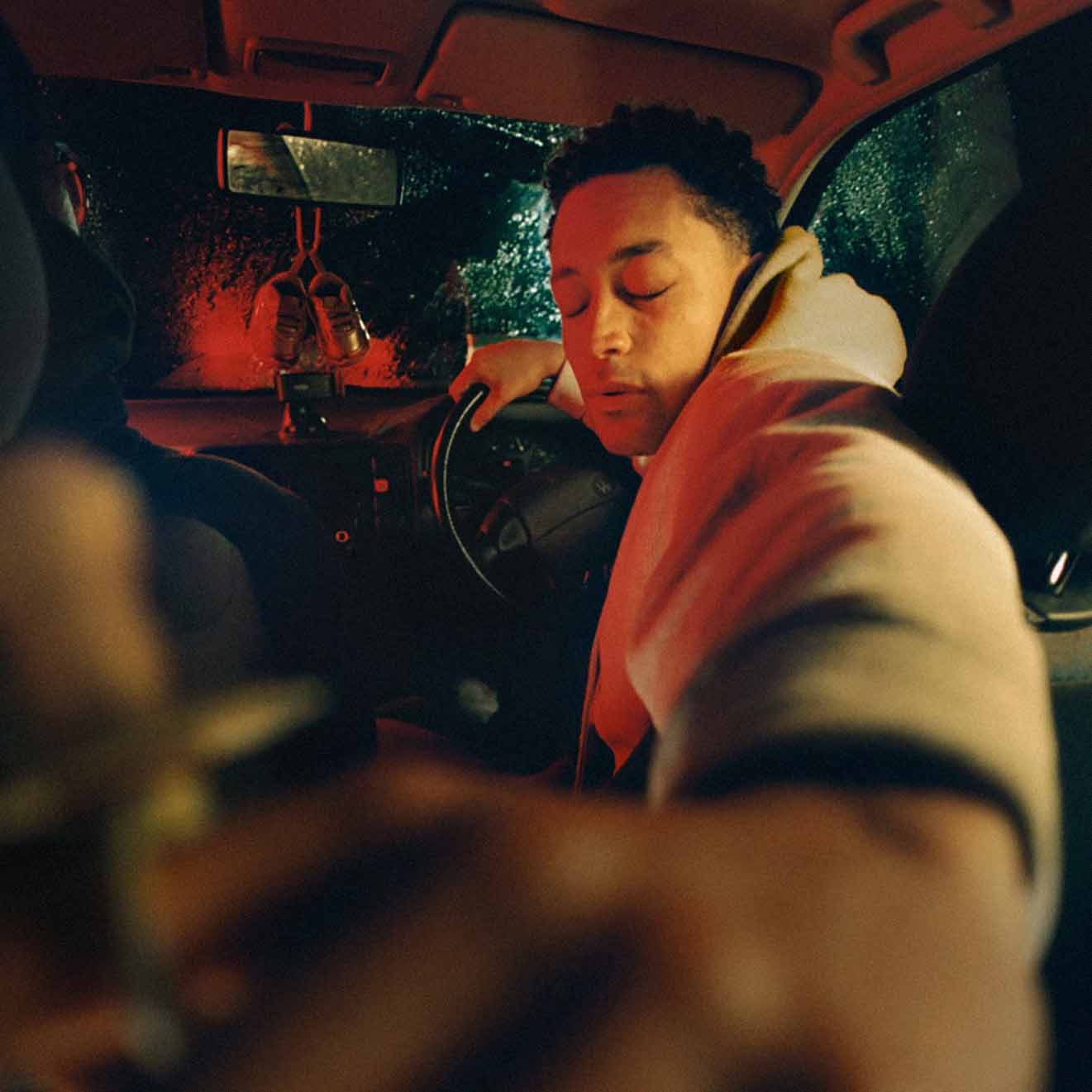 Carner shifts seamlessly from micro to macro, confronting everything from strained relationships with family to the societal tears caused by class stratification.

In “hugo”, there’s a central question that Loyle Carner keeps coming back to: “I’m young, Black, successful and have a platform - but where do I go next?”

The answer is explored in this epic scream of a third album. With urgent delivery and gloriously widescreen production, Carner confronts both the deeply personal (“You can’t hate the roots of a tree, and not hate the tree. So how can I hate my father without hating me?) and the highly political (“I told the black man he didn’t understand I reached the white man he wouldn’t take my hand”). Cinematic in scale and scope, hugo is both a rallying war cry for a generation forged in fire and a study of the personal internal conflict that drives the rest of the album - as a mixed-race Black man, as an artist, as a father and as a son.

The result is his most cathartic and ambitious record yet, a coruscating journey into the heart of what it means to be alive in these tumultuous times, and one which looks set to neatly cement his position as one of the most potent and vital young talents around today. Working alongside renowned producer kwes. (Solange, Kelela, Nao), Carner leaves no stone unturned on this album, in both its sound and its stories. In a 10-track album that moves from gorgeous neo-soul moments to thundering hip hop, with immediate, infectious bangers and sampled interludes from non musicians (mixed-race Guyanese poet John Agard and youth activist and politician Athian Akec) Carner shifts seamlessly from micro to macro, confronting everything from strained relationships with family to the societal tears caused by class stratification.

The last few months have seen anticipation ramp up stratospherically for “hugo”, with searing,  vital instant classics like “Nobody Knows (Ladas Road)”, “Georgetown” and “Hate” knocking critics for six and soundtracking the summer, not to mention publications as varied as The Wire and DIY joined unanimously declaring it his best work yet. All up, it’s merely more ammunition to the fact that 2022/2023 will be the year of Loyle Carner.

“hugo” will be taken on the road next year, see the full round-up of UK live dates below.