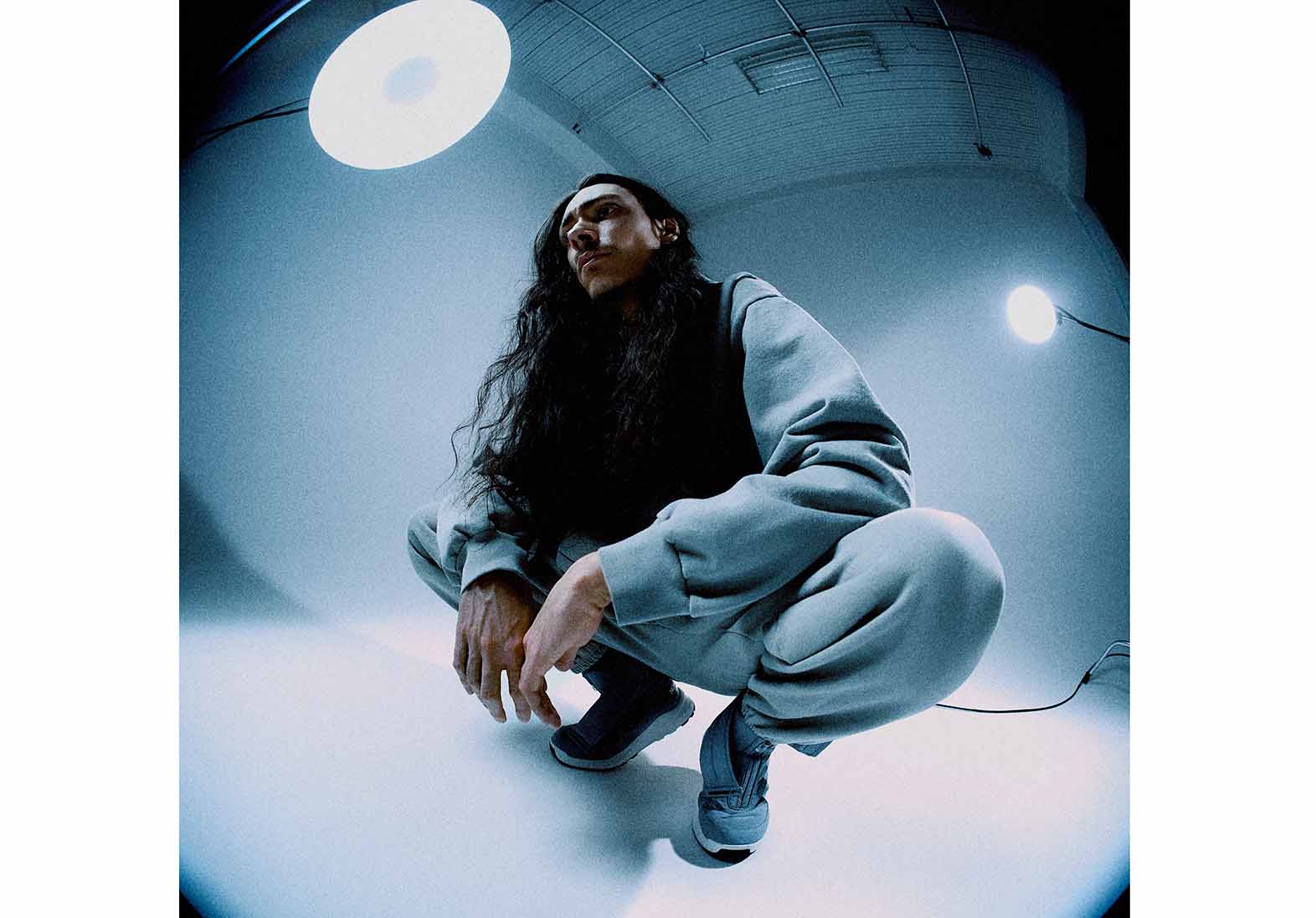 Singer, songwriter, and record producer Lubalin has dropped his latest project,,whose love available to stream now on all digital platforms via Cult Nation/The Orchard. The project arrives today alongside a new visual for the EP’s title track, "whose love", shot in one take and vertically with Lubalin's global TikTok fanbase in mind.

‍whose love is the introspective and captivating genre-bending EP written, produced, and mixed entirely by the self-taught Canadian musician who catapulted to fame during the pandemic after his “Internet Drama” TikTok series went viral overnight. The 9-song project features previously released singles – “dougie jones” and "nobody else" – and brilliantly highlights Lubalin’s ease for experimenting with genres, harmonies, melodies, textures, and vocal timbres. The tracklist also features an alternative version of two songs – “never gonna let it” and “paint me a picture” – showcasing Lubalin’s unique and meticulous approach to production.

“After a very strange year, I'm both excited and relieved to finally share this collection of songs,” shares Lubalin of his new project. “I've been working on a lot of these tracks since before my viral TikTok moment took over my life. It feels like I've been waiting a long time to finish this project and get it out there. At the same time, I think the project really benefited from the delay. I learned a lot and grew a lot in that time, and I was able to put all of that into the project and take it to a whole new place.”I really pushed myself on these records. I wrote and rewrote them, mixed and re-mixed them, and some I tore apart and rebuilt from almost scratch. You can see what I mean in "paint me a picture" and "never gonna let it", where I chose to include multiple versions. I felt like each had their reasons to exist, and I'm excited to see which ones people gravitate towards.”

early a year into the pandemic, Lubalin skyrocketed to prominence around the world after his“Internet Drama” TikTok series went viral overnight earning him 5 million combined social media followers as well as 200 million views and 35 million likes to date on TikTok alone. The series led to widespread attention including national appearances on The Kelly Clarkson Show and The Tonight Show with Jimmy Fallon in a segment that aired alongside host Fallon and Hollywood actor Alison Brie. The hype also translated into real fans and as streams racked up, Lubalin was featured on songs by Charlotte Cardin and record producer Apashe, in addition to co-writing with Mr.Hudson and Banx & Ranx. The whirlwind year closed with “internet drama 2” ranking on YouTube’s Top 100 songs in the US in addition to receiving unanimous praise from the likes of Rolling Stone, BuzzFeed, The Los Angeles Times, Vulture, Access Hollywood, Entertainment Tonight, and more.

Although the "Internet Drama" series was only ever meant to be a promotional tool for Lubalin's music, it quickly became the center of his life. However, in July 2021, the elusive Montreal-based artist stopped posting altogether prompting fans to flood his socials with concern about his whereabouts. The hysteria resulted in Lubalin silently launching a cryptic website, whereislubalin.net,

Now – 10 months later – Lubalin has made his triumphant return with whose love. The songs are weaved into an intricate roll-out strategy that bridges the gap between the influencer and the musical artist, and fully showcases Lubalin as the multifaceted artist that he is.

8. “paint me a picture (but it's completely different)”

9. “never gonna let it (but it's completely different)”