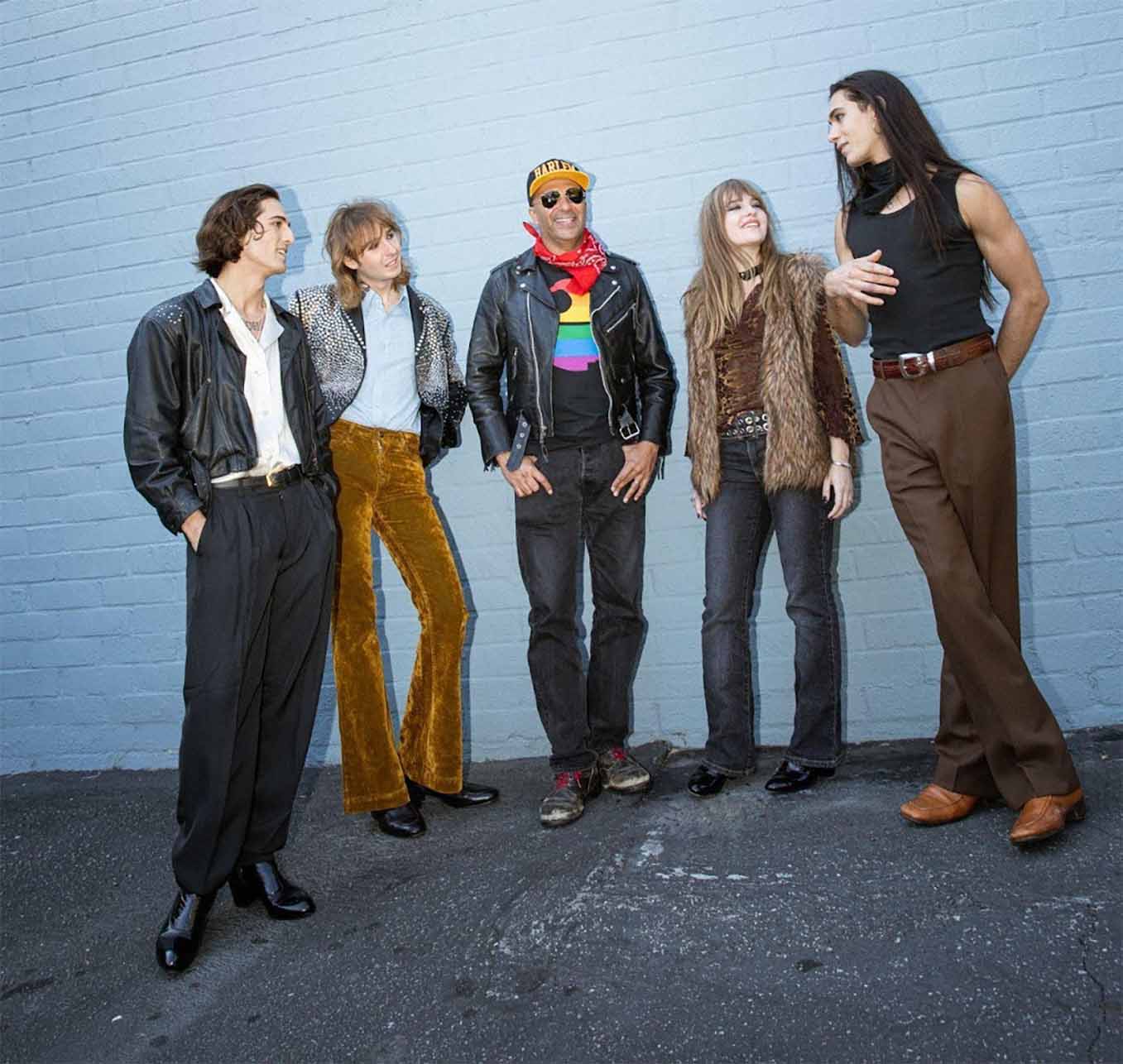 Fierce with a rapid, infectious and hammering guitar hook, Måneskin’s latest offering continues to reaffirm their status as a genuine force in rock’n’roll. The single is taken from their upcoming album RUSH! Set for release on January 20.

‍Discussing working with Tom Morello on the forthcoming new single, the band say: ‍“Tom Morello’s enormous experience allowed us to take cues on how to work on tracks without overthinking. We can’t thank him enough for joining us on this track. It’s an honour for the whole band!” - Damiano ‍”He brought some Rage to Måneskin!” - Ethan‍

“Tom is one of the greatest musicians that I've always listened to and learned from. Playing with him is a dream come true. It’s an enormous gift and a personal highlight of this incredible year” - Thomas‍

“The song originated from a riff which Thomas had written some time ago and which we had been holding onto for a long time which we kept developing. Then the icon Tom Morello joined and brought something extra to the classic uptempo Måneskin cheerfulness.” - Vic‍Tom Morello goes on to say “When I heard that there was a rock and roll band from Italy that was blowing up around the world I was like “Really? Come on”. Then when I saw them play live I was blown away. They are unapologetically loud, unapologetically sexy, and unapologetically ROCKING and deserve to be one of the standard bearers for rock and roll for a younger generation. I got to jam with them at their studio in Hollywood, it’s a great band, they all play great, they write great songs, they connect with their audience in a deep and meaningful way, and if you’ve seen them play live the crowd goes OFF! It looks a lot like some of the big bands of the ‘90s”.Produced mainly by Max Martin and Fabrizio Ferraguzzo, the album was recorded in LA, Italy and Tokyo and features previously released singles ‘Supermodel’ with its Californian sound and infectious modern rock grooves, the incredible ‘Mammamia’, and most recently, ‘The Loneliest’, an ode to classic old-school rock ballads with its roaring vocals and electrifying guitar solos that are tinged with elegant delicacy.

The new single and album arrive as the band prepare to embark on the new leg of the Loud Kids Tour. The tour in 2022 has already taken in Mexico, Canada, North and South America, ending for the year in Las Vegas on December 16th. It will start again this February 23rd and will take in the main arenas of Europe. The Mercedes-Benz Arena in Berlin recently joined the list of sold out shows, and the tour will culminate with four colossal stadium special events at the Olympic stadium in Rome, July 20 and 21st 2023, and Milan’s San Siro Stadium, 24th July (sold out) and 25th. Over 500,000 tickets have already been sold for the 2023 leg of the tour.

“A Genuine Force… rejuvenating rock 'n' roll for the younger generation,” MÅNESKIN is a critically acclaimed four-piece-rock band that began busking on the streets of Rome as teenagers, and now just a few years later, are a razor tight group of captivating musicians widely hailed for being at the forefront of driving a worldwide resurgence of Rock music. The band has 320 certifications, including 48 Gold, 253 Platinum, and 18 Diamond. The past year has seen the band reach over 7 BILLION streams, while surging to #1 in numerous countries and across the Global charts of multiple digital platforms (including the #2 TikTok song of 2021). The band’s meteoric rise has continued straight into 2022, as they performed on Saturday Night Live, were hailed by The Los Angeles Times as “America’s New Favorite Rock Band,”, won Best Alternative Video at the VMAs, Top Rock Song at Billboard Music Awards, Best New Alternative Artist at iHeart Radio Music Awards, where for this year they’ve received 2 new nominations for Best Group and Best Alternative Artist, various wins at National award shows in Japan, Spain, Poland, Hungary, and Finland, as well as over 19 nominations globally including the Brit Awards, NME Awards, Kerrang Awards, Swiss Music Awards, and more. They are also the first Italian artist to have won the "Best Rock" award at the MTV Europe Music Awards 2021. This summer has seen MÅNESKIN contribute a distinctive rendition of “If I Can Dream” for ELVIS, the major motion picture and #1 charting soundtrack. Their Max Martin produced single “SUPERMODEL” has recently surpassed 238 Million global streams, appeared in the Top 20 APC in 17 countries, and remained #1 on the Billboard Alternative chart for 5 consecutive weeks. The band continue to re-affirm their triumphant status in 2023, with their recent Grammy Award Nomination for Best New Artist and AMA Award for Favourite Rock Song. Simultaneously, the band’s reputation as the leading new generation MUST-SEE LIVE rock act builds each and every time they take the stage. The band have been dominating the world’s stages in 2022, with a city-stopping sold out show at Rome’s historic Circus Maximus, and huge appearances at Lollapalooza, Rock am Ring, Summer Sonic, Rock in Rio and many more.