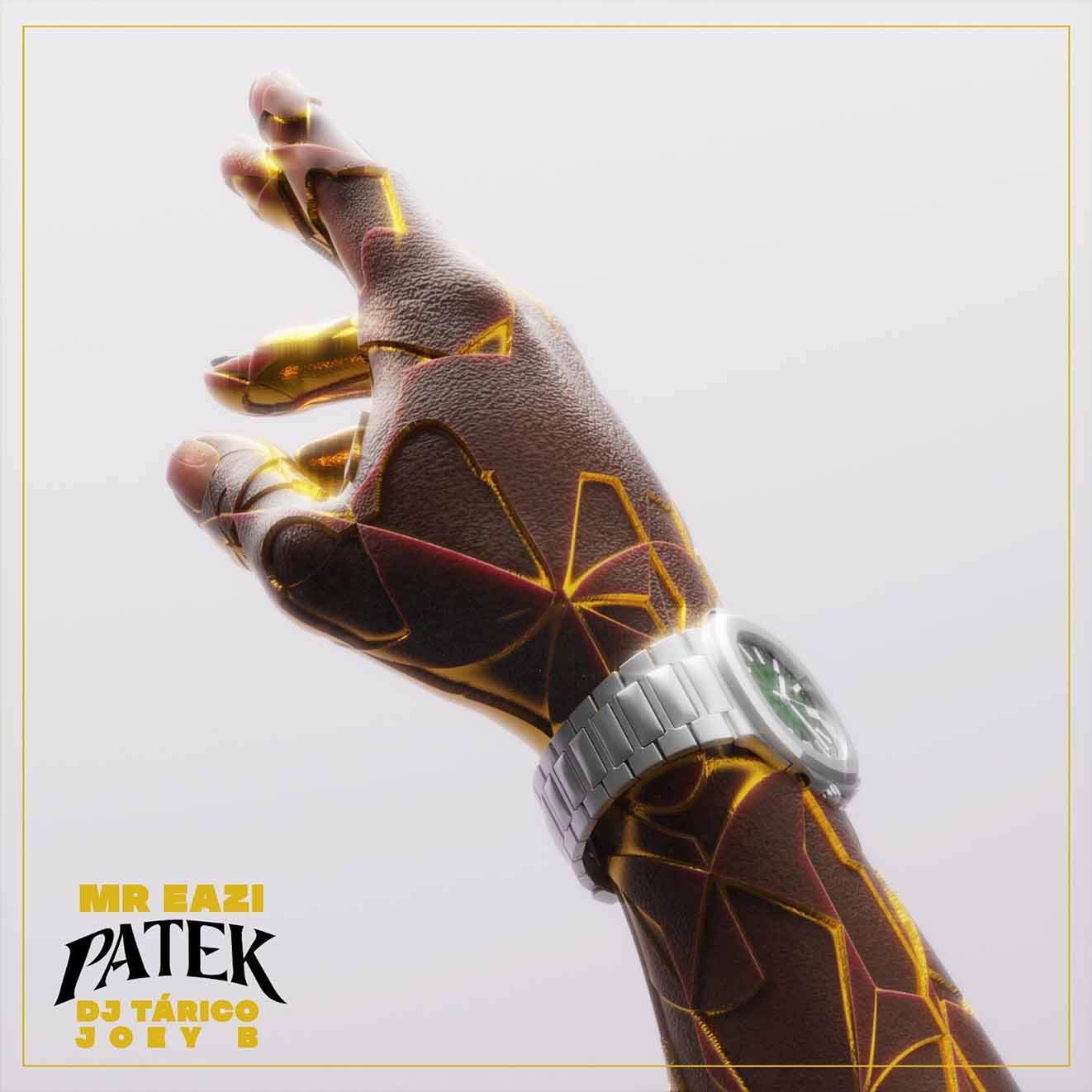 The Nigerian Superstar Assembles an All-Africa All-Star Team On The Heavyweight Remix To His Icy-Cool Amapiano Banger.

With ‘Patek’ already a runaway hit on TikTok — where videos soundtracked by the song have amassed over 131 million views — Eazi now returns with an all-star squad of African talent in tow for the ‘Patek’ Remix. The new version, out today on all DSPs, features a fresh verse from Nigerian rapper/entertainer Falz,and a beefed-up sound via South Africa’s hottest DJ duo, Major League DJz.

‘Patek’ is Mr Eazi’s first dive into Amapiano, the genre that’s exploded out of South Africa’s dance music underground to become a global phenomenon. Eazi recorded an early version of the song on a whim in South Africa with DJ Tárico, whose Amapiano smash ‘Yaba Baluku’ took Africa by storm last year, and recruited Ghanaian rapper Joey B to help him crystallize its banger status.

Falz’ Pidgin verse on the remix brings the icy-cool track back to Eazi’s home country of Nigeria, while Major League Djz — creators of the Balcony Mix series that has become practically synonymous with the genre — bring an undeniable layer of Amapiano authenticity.

‘Patek’ follows recent singles ‘Legalize’ and ‘Personal Baby” among Mr Eazi’s 2022 releases. Fans can expect more music from the Nigerian music superstar and African business innovator before the year’s end, as he gears up to share his long-awaited official debut album in 2023

MR EAZI is a musical innovator, business leader and philanthropist. As a recording artist, the Nigerian multihyphenate is the voice behind Afropop hits ‘Pour Me Water’. ‘Skin Tight’ and ‘Leg Over’ as well as ground-breaking collaborations with the likes of Beyoncé, Bad Bunny and J Balvin, and the creator of Banku Music, a fusion of Ghanaian and Nigerian sounds and culture. A serial entrepreneur, he founded emPawa Africa in 2019 as a talent incubator program designed to accelerate the careers of African artists —an initiative hailed by CNN, Rolling Stone, Billboard and Forbes for its innovative approach to expanding African music’s global reach. It’s since been expanded into a music services company providing publishing, distribution, and marketing services to independent artists and record labels. Mr Eazi has clocked over 3 billion streams across DSPs, making him one of the most streamed African artists worldwide.