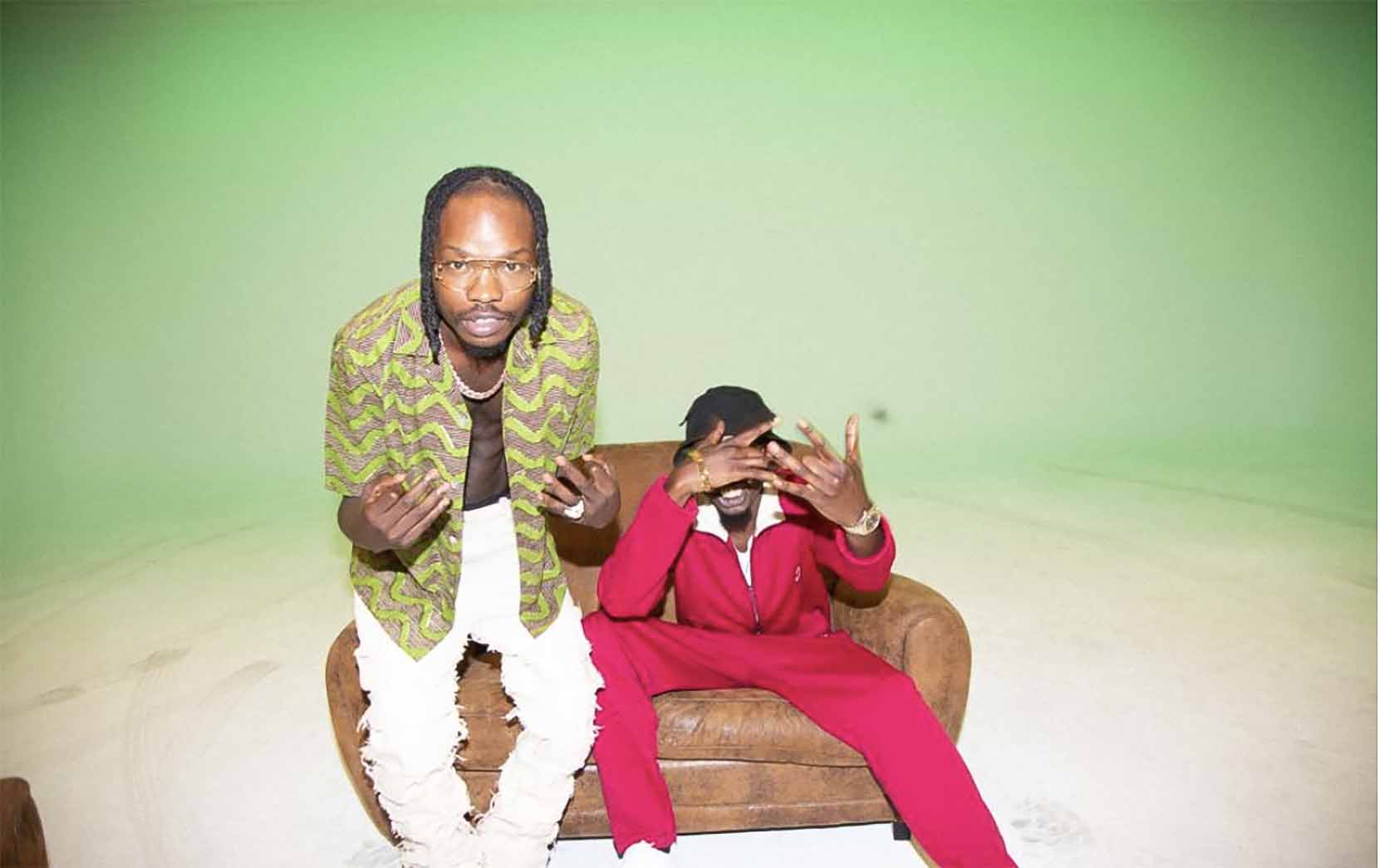 Lagos-via-Peckham superstar Naira Marley — hailed by NPR as “one of the greatest and most celebrated artists performing and producing in the Afrobeat scene today” — continues to build momentum in the US since the release of his long-awaited debut album, God’s Timing’s The Best, issued in May and becoming Audiomack’s most streamed album of June.

Today, the notorious rapper returns with an explosive and lively official video for the GTTB single “Excuse Moi” with the French Afro-Trap rapper MHD. Directed by Lucie Morey and released via Marley’s own independent Marlian Music label, the video finds the two controversial artists paired perfectly alongside one another. The vibrant visual, produced by Fam Production and shot in France, premiered exclusively via The FADER

Earlier this summer, Naira performed at the Afro Nation festival 2022 in Puerto Rico and Portugal among acts like Megan Thee Stallion, Wizkid, Burna Boy and made a riveting debut on NPR's Tiny Desk series as part of their Black Music Month programming alongside FKA twigs, Usher, Monica, Denzel Curry, and Ravyn Lanae and is gearing up for an appearance at Toronto’s Kaboom! Festival on August 14th.

After years of solidifying his reputation as both the pioneer of Afro/Hip-Hop and a prominent voice of the streets, Marley has continued to develop his music, marrying the raw, unpolished tones of UK rap, the Yoruba language, and the sounds of the diaspora as heard on God's Timing's The Best for an uncompromising and unpredictable and sonic palette debut in stark contrast to the saccharine commerciality of the Nigerian AfroPop mainstream.

About Naira Marley
With over 12 million combined social media followers and 300 million streams across DSPs and YouTube, Lagos-via-Peckham superstar Naira Marley is one of Nigeria’s most notorious Afrobeats and Hip-Hop artists who has single handedly created one of the largest cult followings in the world – a community affectionately termed the “Marlians.” The pioneer of AfroBashment, Naira's 2014 debut track "Marry Juana" was the first to fuse the slang and accent of his birth city of Lagos with the floor-filling rhythms of Jamaican Bashment – all delivered with the charismatic road swagger of his adopted hometown of Peckham, South London.

The last two years have proven the President of the Marlian Nation is on the road to stardom. He’s given electrifying performances at WizKid’s StarBoy Fest @ London’s O2 Arena, formed his own immensely successful Marlian Music label, headlined his massive Marlian Fests drawing in upwards of 30,000 fans, skyrocketed from 100k to 6 million Instagram followers, and released a series of local chart-topping hits including "Am I A Yahoo Boy" — the infamous satirical track about fraud that saw Naira jailed by the Nigerian government in 2019.

Inspired by the success of his first US tour in December 2021, "First Time in America'' gives the Marlians a taste of what to expect from his dynamic debut album and continues his ascent across the globe. On the explosive standout “Coming,” which has surpassed 20 million streams globally, Marley joins forces with South African singerBusiswa. Kicking off 2022, Marley debuted the visual for his festive Detty December jam, "Kojosese", following a viral TikTok challenge that saw 20 million views. Marley's sound has eschewed the saccharine commerciality of the Nigerian AfroPop mainstream, proving that hit records can still be unpredictable, wild affairs.