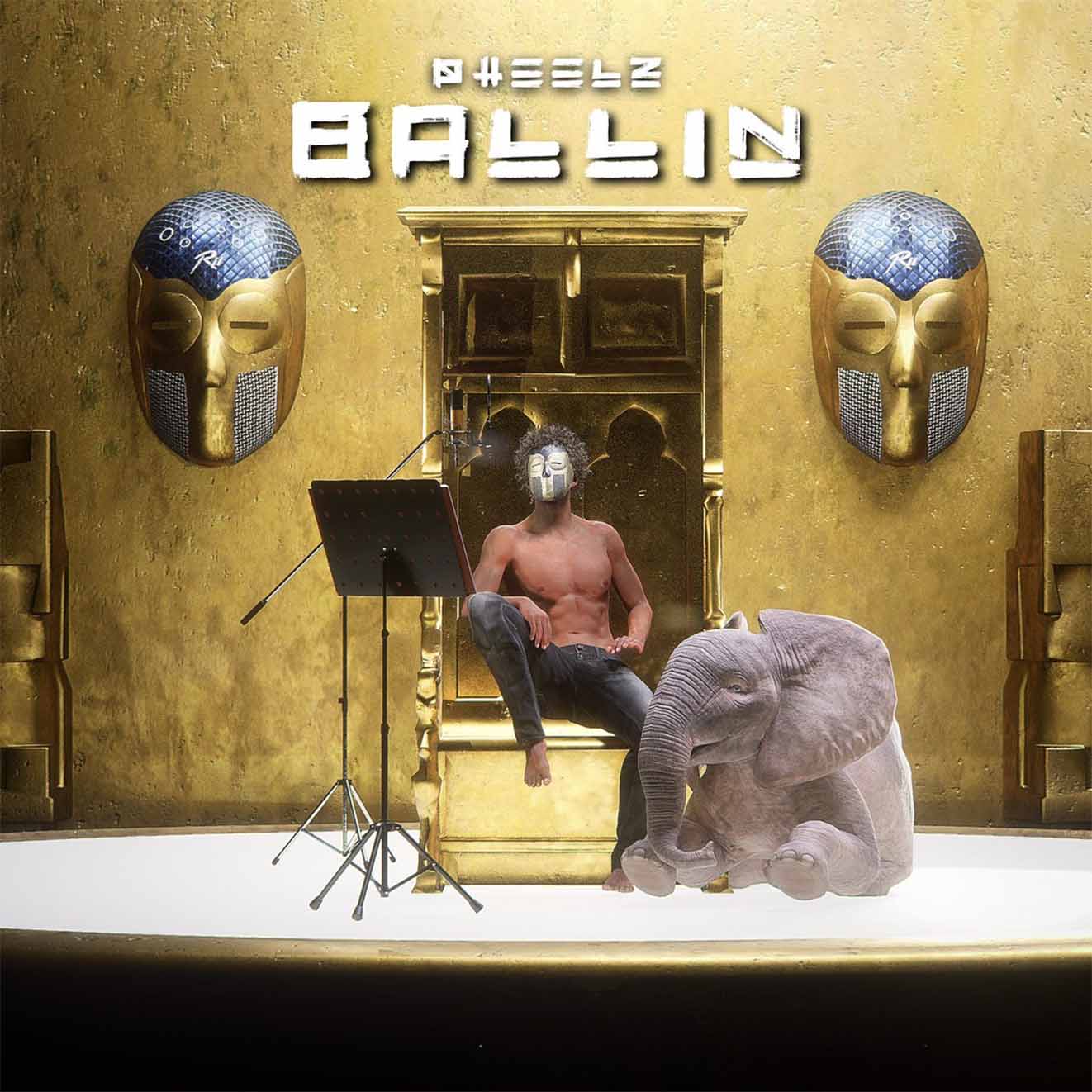 In the smooth video directed by Lux London, Pheelz is living out his fantasy of having the very best money can buy. He’s spellbound by all the lavish locations, women, and entertainment that his lifestyle provides. Ball hard or go home. The single pops off as an immediately infectious and irresistible international anthem.

Speaking on the single, Pheelz said:

“Ballin’ is a song that I used to create this whole reality I’m in.  I actually recorded it three years ago and I just kept it as I wasn’t sure the world was ready to hear it. Also my own lifestyle wasn’t ready for it.  It’s about ballin’ on those that didn’t believe in you and it’s about hope and you knowing that you’ll get to where you want to, ballin’ and living life on your own terms.”

Last week, Pheelz dropped two brand new mixes of his global banger ‘Finesse’, joining forces with French Montana – and offering a slick, new music video featuring the two stars - and linking up with Bounty Killer on the Reggae Mix. The original ‘Finesse’ remains a phenomenon, eclipsing over 230 million global streams and counting, with more than 57 million YouTube views on the music video with both Time and Rolling Stone notably touting it as one of their “Best Songs of 2022’” with Time going on to assert, “There’s a reason “Finesse” became a TikTok sensation in February: its chorus is one of the catchiest of the year, an unfiltered ray of sunshine.”  . The single – which spent 20 weeks on the Official UK Afrobeats Chart, peaking at #1 - was included in Barack Obama’s 2022 Summer Playlist and features on the brand-new FIFA 23 soundtrack.

Pheelz has only accelerated his meteoric rise in 2022. He's linked with US stars Usher, Diddy and Dr. Dre to name a few. He recently teamed-up with Grammy Nominated Afrobeats icon Davido for his previous single ‘Electricity’’. This blockbuster collaboration has reeled in over 50 million global streams and 15 million YouTube views on the music video. He also delivered a showstopping performance of ‘Electricity’ on The Eye, while UPROXX noted, “his smooth live vocals really shine.” OkayAfrica. appropriately summed it up as “electrifying” and praised the “memorable tune, memorable lyrics, and a catchy tempo.”

2022 has been an exciting year for Pheelz, who has made the most of every opportunity that has come his way since the massive success of ‘Finesse’, which established him as one of his home country’s most gifted producers and songwriters, as well as an international star on the rise. Earlier this year, he performed a dazzling set at Essence Fest’s Afrobeats After Dark party in New Orleans and made his US television debut with a performance of ‘Finesse’ on NBC’s Late Show with Seth Meyers. Pheelz was also the first Afrobeats Artist to Perform at the BET Awards Pre-Show, where he earned a 2022 nomination for Best New International Act.

Pheelz is cementing his status as one of Nigeria’s most exciting crossover artists and delivers tracks that speak to all vibrations. 2023 will see the release of his forthcoming project and more stellar collaborations.