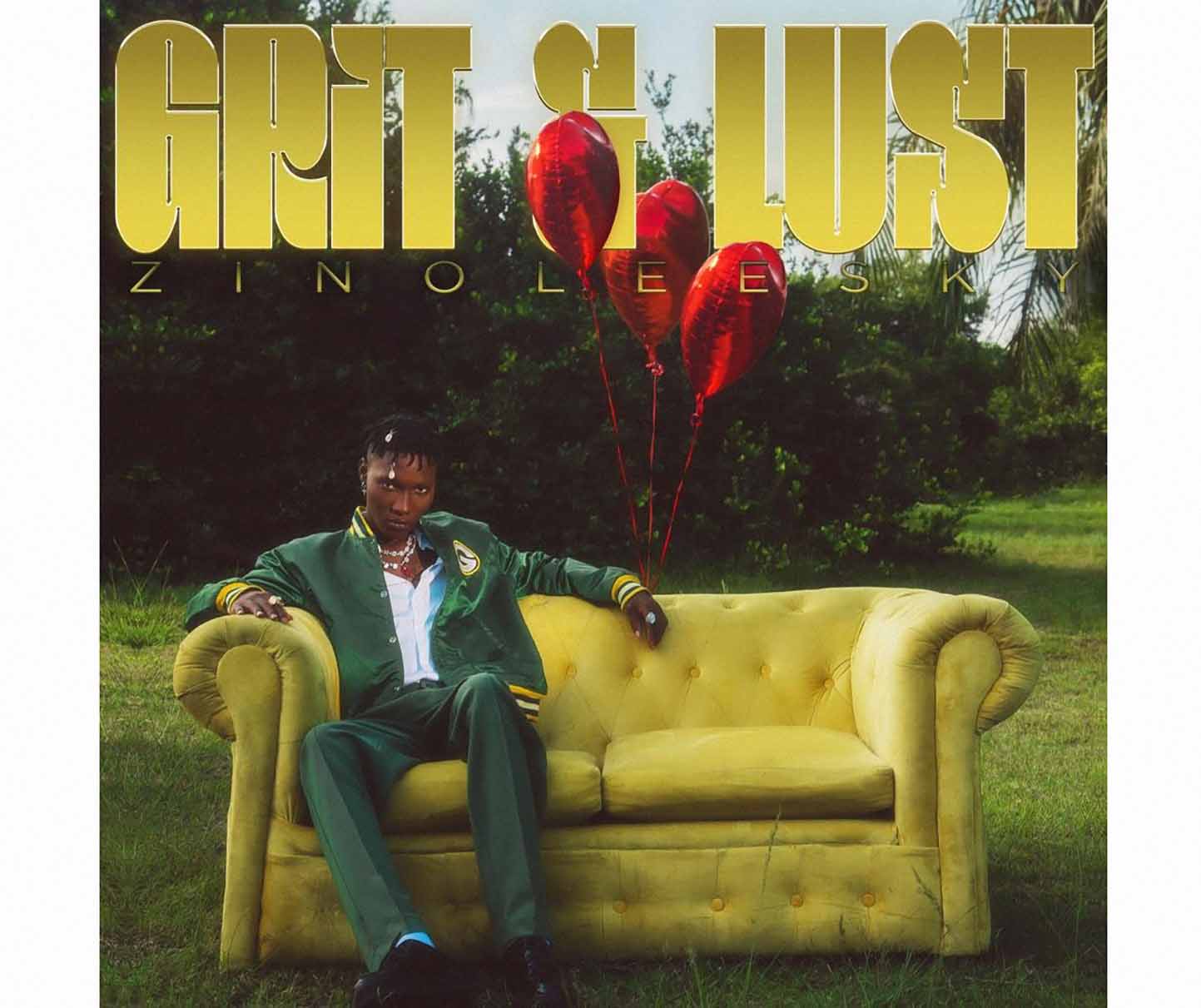 GRIT N LUST is the highly anticipated sophomore EP from Nigerian rising star and afropiano trailblazer ZINOLEESKY, which comes two years after his breakthrough debut EP Chrome Eccentric that garnered over 100 million plays online, and firmly tipped Zinoleesky as one of the leaders of Afrobeats’ new class of Gen-Z superstars. Released via Marlian Music, the Billboard-charting prodigy began teasing his Grit N LustEP in August, when he released the massive single ‘Call Of Duty’, which then became his fourth song to debut on the Billboard US Afrobeats Songs Chart, amidst receiving over 25 million plays online, and being co-signed by the cult classic Call Of Duty video game.

For the outstanding 8-track offering, which is driven by his signature fusion sound of afrobeats, amapiano and electronic dance music, Zinoleesky has linked up with frequent collaborator and producer Niphkeys (Omah Lay, Asake, Lil Kesh), super producer Young Jonn (Davido, Tiwa Savage, Kizz Daniel), burgeoning beatsmith BabyBeat, afropop princess Ayra Starr, and 2022 MOBO Award nominee Omah Lay, to deliver his best project yet, and what can only be described as essential listening for any fan or critic of global pop music this year. As Zinoleeksy himself puts it, this Grit N Lust EP “is my best work, plus it is the best Christmas gift I can give to my fans and supporters”.

Whether it’s the EP’s opening track ‘Personal’, which sees Zinoleesky being introspective about the struggles of an ambitious artist on the rise, ‘Odinaka’, where he is serenading a new flame with sweet nothings, and ‘Run It Up’, which reveals the Gen-Z talent as a cynic when it comes to relationships, or ‘Many Roads’ where Zino and Ayra Starr show exactly why they are the future of African pop music, ‘Last Time’, where he and Omah Lay wax lyrical about rekindling lost love, and the Fuji music-infused EP closer ‘Rocking’, Zinoleesky has it all in abundance on Grit N Lust, from his beautiful vocal performances and lush melodies, to his infectious delivery and relatable songwriting.

Emerging as one of the rising stars of Afrobeats new class of 2022, Zinoleesky first burst onto the scene as a fresh-faced teenager with a series of viral freestyles that caught the attention of afrobeats royalty including Davido, Kizz Daniels, and Naira Marley, before eventually signing to Naira Marley’s record label, Marlian Music, in 2019, and releasing his acclaimed debut EP in 2020. Now with over 300 million plays online, three Billboard-charting singles, UK support from BBC 1Xtra, Capital Xtra and KISS Fresh, sold-out shows at the world-renowned Scala in London, and a Headies ‘Next Rated’ award nomination all under his belt, Zinoleesky is staking his claim as one to watch on the global music landscape.