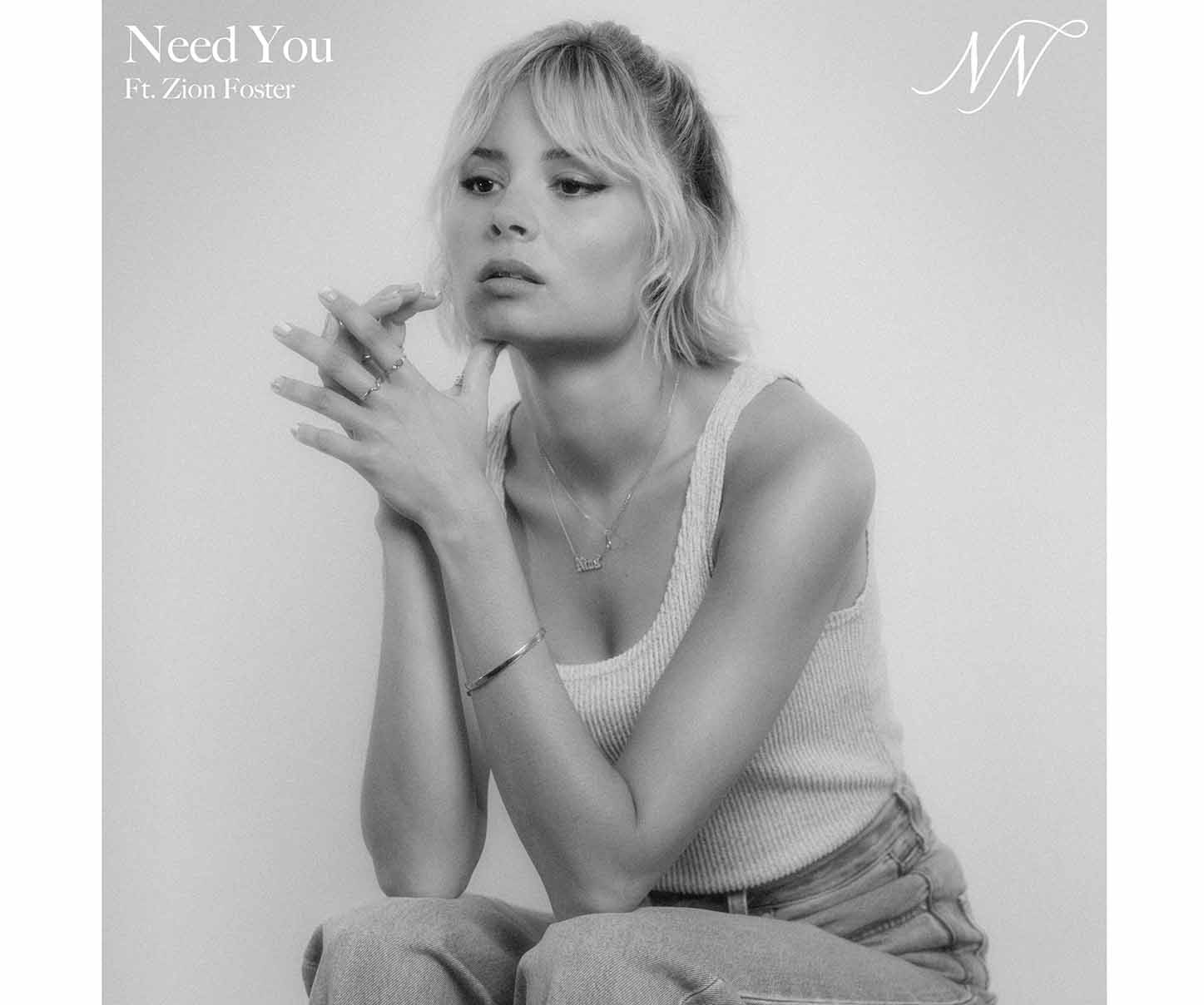 Result iin a fresh wave of critical acclaim, stadium shows and guest performances with Coldplay, and breaking a career landmark of a billion streams. Now Nina is set to expand upon the album’s vision by releasing its Deluxe Edition on November 11th. She launches the deluxe edition by sharing the new song "Need You," which features the rising south London star Zion Foster.

Nina wrote "Need You" during sessions for Älskar. Stepping smoothly into the UK R&B scene, the song’s dreamy, beat-heavy atmospherics break new ground for Nina, while the soulful vocal interplay between the two artists shows that they share a natural chemistry. It was written by Nina, Jordan Riley (Ella Henderson), Steve Robson (Maisie Peters, Louis Tomlinson) and Zion Foster, and was produced by Jordan Riley and Hoskins (Khalid, PartyNextDoor).

Nina says, “‘Need You’ is one of the first songs I wrote for the album and I knew I wanted to find a way to release it. I think the melodies are some of my favorite so far. I came across Zion Foster on TikTok while looking for a feature and instantly knew his voice would be the perfect fit.”

Zion adds, “I loved working on this song with Nina. For me, ‘Need You’ is a walk through the garden of love. The sky’s lightly spitting, the flowers are dancing with the wind. It’s a mystery you‘re anxious to discover, yet serene, holding you like a baby in the moment.”

From his modest bedroom studio in south London, Zion Foster creates songs that reach millions of fans. He uses Instagram Live to make his fans part of the creative process, with Zion also mixing and mastering his homespun productions. His current album Hood Love raised the bar following his breakthrough 25/8 mixtape, leading to support from 1XTRA, Complex, GRM Daily, KISS, Link Up TV, MTV and Radio 1. He also played a sold-out headline show at the O2 Academy2 Islington.