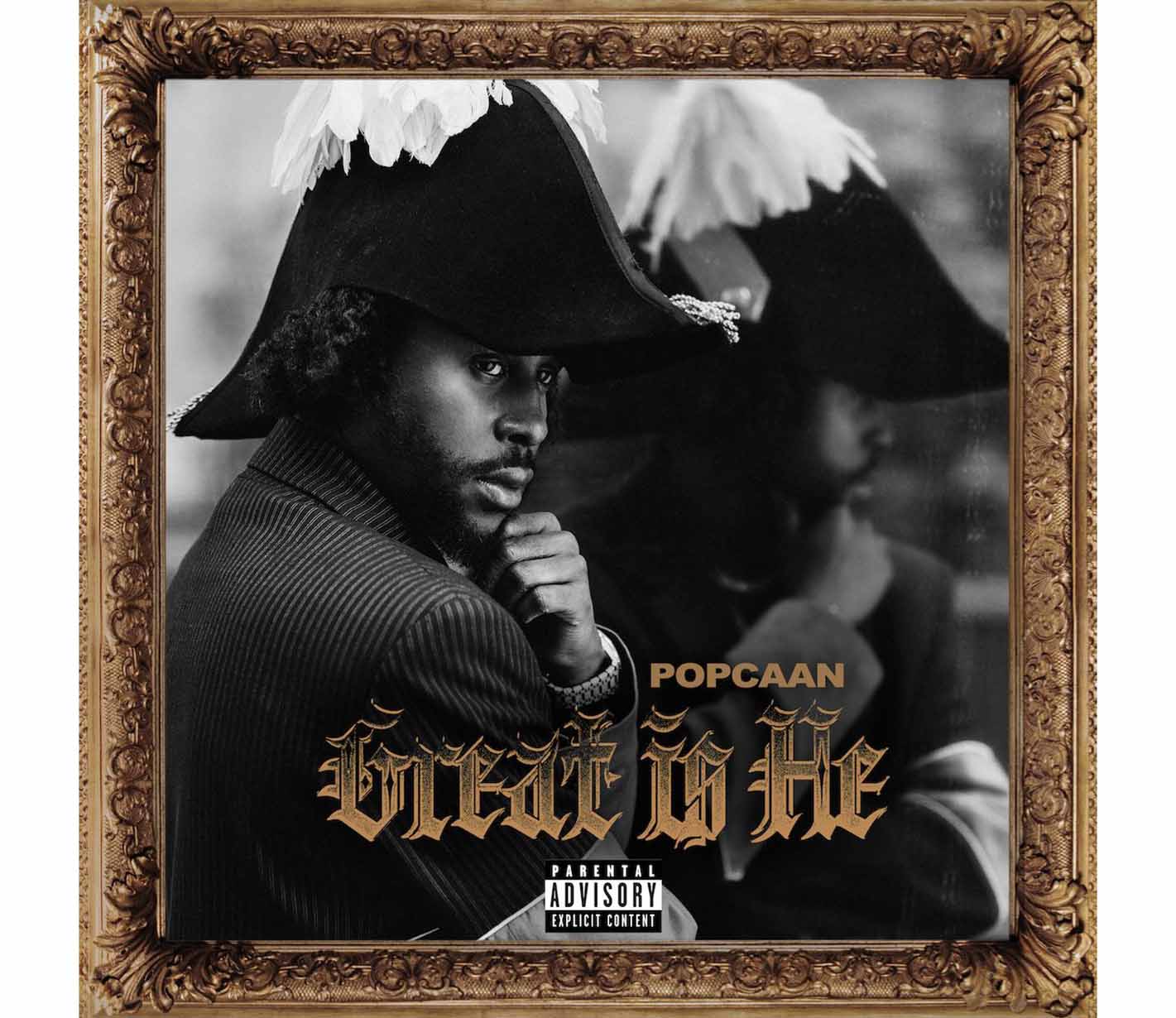 After unveiling the cover artwork for his highly-anticipated new album and teasing new music earlier this week, Dancehall superstar Popcaan returns today to announce his new album Great Is He will be released January 27th, via OVO Sound.

The new album embodies the dancehall superstar's signature mix of bombast, brooding, and brukking out, while also exploring the expanse of Dancehall's versatility and influence in modern music. In addition to the news, he is releasing a new single featuring Drake, co-produced by TRESOR and Batundi, titled "We Caa Done" accompanied by a music video shot in Turks and Caicos directed by Theo Skudra. "We Caa Done" follows his previously-released offerings from the new album in bashment anthem "Set It" and the love song "Next To Me," featuring Ton-Ann Singh.

Since his 2014 debut, Where We Come From, Popcaan has risen to become not just one of the most celebrated artists within dancehall, but a global superstar celebrated for his dedication in pushing the genre forward. A cultural powerhouse, his accolades and achievements are numerous; he’s worked with a who’s who of fellow trailblazers including Jamie xx, Young Thug, Gorillaz, Burna Boy, Kano, Jorja Smith and Drake; he’s regularly topped the Billboard Reggae Album charts; he created Jamaica’s annual Unruly Fest which brings stars across the globe to the country, he’s won applause from the likes of NY Times, Billboard, Complex and covered the likes of The FADER, Wave and Clash amongst others, and most recently fronted Drake’s Nocta campaign. Throughout it all, he has remained an innovative force bringing dancehall to the world, racking up almost a billion global streams.

Check out "We Caa Done" above and stay tuned for more from Popcaan coming soon.