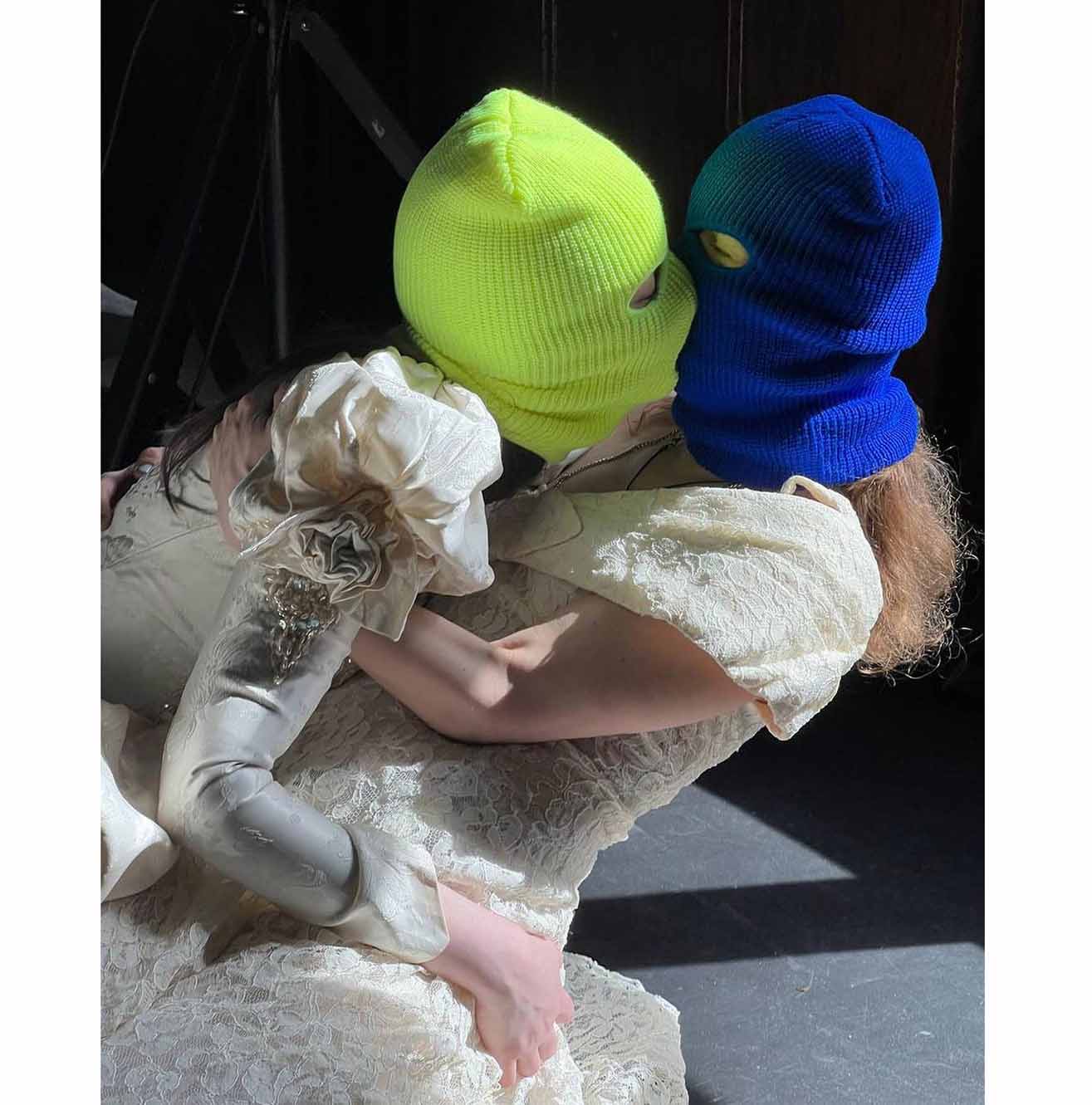 Pussy Riot is a Russian feminist protest punk rock group based in Moscow. The group was founded in August 2011, and has had several members arrested and imprisoned by the Russian government. ***** Riot's music and activism are dedicated to the fight for women's rights and equality in Russia.

Pussy Riot is a Russian all-female punk rock protest group based in Moscow. The group was founded in August 2011, and its membership has since fluctuated between 10 and 20 women.The group's name is a play on the Russian government's informal designation of the Moscow punk rock scene as "punks not allowed" (or "панки не проходят").The band gained international notoriety in 2012 when they staged a protest performance against Russian President Vladimir Putin in Moscow's Cathedral of Christ the Savior. The band's actions have been variously described as "punk performance art", "street theatre", and "protest music". The group has been praised by some as courageous political activists and criticised by others as "hooligans" and "criminals". In 2012, three members of the group  - Nadezhda Tolokonnikova, Maria Alekhina, and Yekaterina Samutsevich - were arrested and imprisoned on charges of hooliganism motivated by religious hatred, after they staged a "punk prayer" .

Since their release from prison in 2013, Pussy Riot has continued to be a powerful voice for political change in Russia. The band has released several new songs and music videos, and they continue to tour and perform internationally.

Pussy Riot's music is characterized by its raw, DIY aesthetic and its focus on political and social issues. The band has been praised for their use of performance art to challenge the Russian government, and their music has been featured in numerous international news outlets.

Pussy Riot's music is characterized by its fusion of punk rock and protest. The group's lyrics are often critical of the Russian government, particularly Vladimir Putin. They have also released songs supporting LGBT rights and feminist causes.