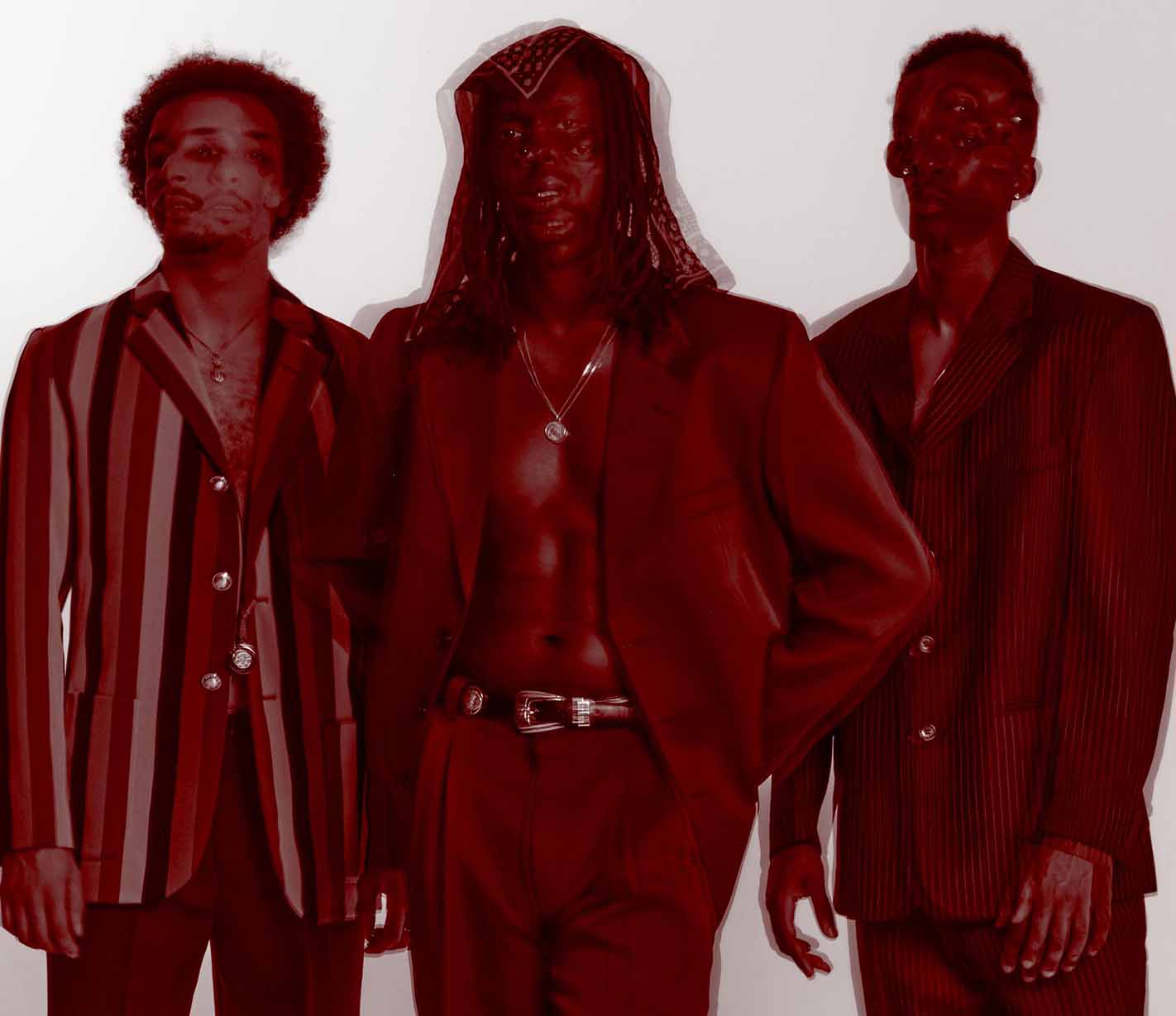 The R&B/Hip-Hop group Your Grandparents return today with the release of their rousing new single “Livin’ in Hell” available to stream now on all digital platforms via The Orchard. Written and produced entirely by the Los Angeles-based trio, the multi-genre single debuts alongside an explosive self-directed cinematic visual.

On the inspiration behind their new single, Your Grandparents share, “‘Livin’ in Hell’ is a medley of blues, soul, and hip-hop that encapsulates the feeling of existing in a world designed to work against you. The song is not only a cry of contempt but also a declaration of resilience in the face of such dastardly institutions.”

“Livin’ in Hell” is the latest from Your Grandparents’ upcoming new project following the success of its Amindi-assisted lead single, “Somebody Told Me” and electro-funk follow-up “Pootie Tang (G.T.K.Y.)” which both garnered praise from Billboard, Ones to Watch, Okayplayer, andRated R&B in addition to debuting on major playlists like Spotify's POLLEN, FREQUENCY, All New Indie, New Jams, Next Wave Neo-Soul and Fresh Finds: R&B as well as on Apple Music's New In Indie, The New LA, and The Late Night Men. Earlier this year, YRGP launched their own House Radio show on Amazon Music's AMP app featuring an eclectic mix of music from past and present that inspired their latest singles.

Your Grandparents make music that blends genres and hints at the nostalgia of previous decades. The Los Angeles born and raised trio — composed of producer ghettoblasterman and vocalists DaCosta and Jean Carter — isn’t cemented to just one genre, either.

The friends founded Your Grandparents, using the moniker as a nod to the elders who introduced them to classic artists and inspired their musical tastes, in 2014. Originally, the trio released primarily rap music, but their work quickly grew to incorporate the various genres that have inspired their collective musicianship. When asked about the albums that have inspired them lately, the men rattle off a variety of projects including D’Angelo’s “Voodoo”, Erykah Badu’s “Baduism”, The Fugees’ “The Score” and Pink Floyd’s “The Dark Side of the Moon”. Today, Your Grandparents release music that nods to funk, soul, hip-hop, rock, blues and other genres with an emphasis on introspection.