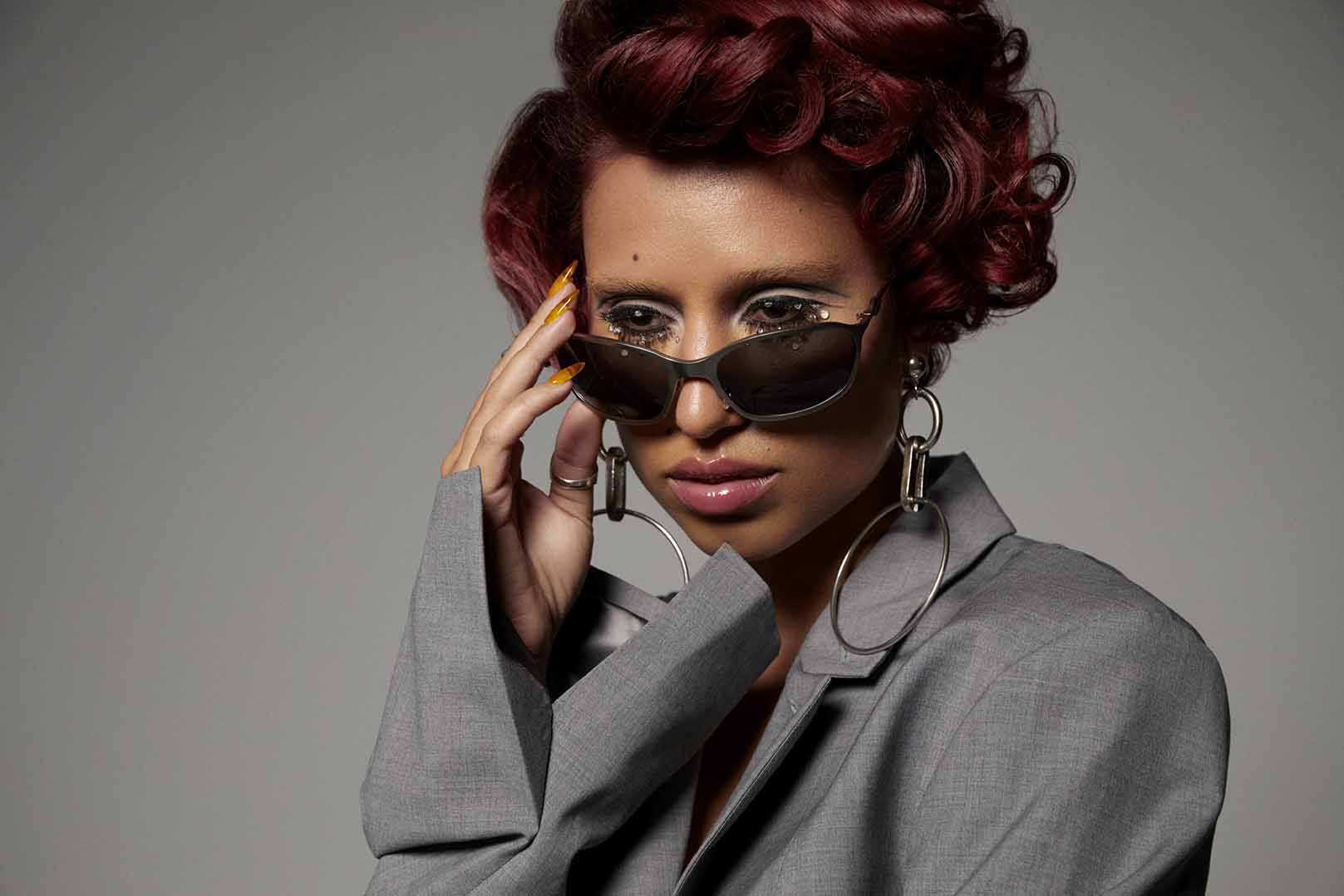 he multi-platinum independent pop star RAYE, one of the most streamed artists and revered songwriters in the world, is gearing up for the release of her long-awaited debut album, My 21st Century Blues, due out on February 3, 2023 and available to pre-order now HERE via Human Re Sources / The Orchard.

Today, RAYE reveals the complete tracklist for the highly anticipated record set to include her current smash hit single “Escapism.” (feat. 070 Shake) in addition to previously released tracks like “Black Mascara.”, “Hard Out Here.”, and “The Thrill Is Gone.” The deeply personal 13-song body of work – touching on everything from RAYE’s painful experiences in the music industry to sexual abuse, rape, body dysmorphia, addiction, misogyny, and even climate change – also includes new standouts “Buss It Down,” “Ice Cream Man.”, and “Five Star Hotels.” with UK alt-R&B vocalist Mahalia.

The success surrounding RAYE’s 2022 comeback has been exponential. Giving an emotional, adrenaline-rushing performance, the London native continues to evince herself as a powerhouse star performer with the massive global success of “Escapism.”, which catapulted to viral TikTok fame last month and has since surpassed 5.65 billion views and 4 million creations on the platform in addition to more than 150 million cumulative streams and 24 million monthly Spotify listeners. The song amassed 14 million streams last week alone and continues its meteoric rise across the globe again this week where it’s on course to become RAYE’s first-ever UK #1 single and has achieved new peaks on the Billboard Hot 100 (#72) and across Spotify’s Top 50 Global (#19) and US Daily Viral 100 (#2) charts. “Escapism.” officially impacts US Top 40 and Rhythmic Radio next week on Monday, January 9th.

Additionally, RAYE announced this week that she’ll be joining Lewis Capaldi as special guest on his sold out Broken By Desire To Be Heavenly Spent IE/UK arena tour in January prior to embarking on her own headline My 21st Century Blues World Tour kicking off in Europe before playing five sold out North American cities including San Francisco, Los Angeles, Chicago and Brooklyn in March.

It's been a year since RAYE, the mononym for South Londoner Rachel Keen, blew up her career in order to rebuild it. Frustrated at the fact she'd been continually denied the chance to release her debut album by her then major label — despite more than 25 million monthly Spotify listeners, seven top 20 UK singles, and 4 Brit Award nominations to her name, plus songwriting credits that have clocked more than 3.5 billion global streams for other chart-topping acts like Beyoncé, John Legend, Little Mix and Charli XCX to name only a few— she posted a series of viral tweets that shed light not only on her own struggles but on the plight of female artists caught in an endless loop of faceless dance features and broken promises.

A straight shooter, RAYE has always relished being a maverick. Brought up in a musical household (her dad and grandad were both songwriters), RAYE knew from an early age that she would carry on this songwriting lineage. At 14-years-old, RAYE decided she wanted to attend the Brit School, the creative hothouse that had helped shape the likes of Adele and Amy Winehouse, but left two years later to jump start her career. That same year she released the independently-funded, blissed out Welcome To Winter EP on Soundcloud.

In between penning hit records, such as "Bigger” for Beyoncé’s The Lion King: The Gift album and “Bed” with Joel Corry & David Guetta, RAYE released a series of projects, including Second EP in 2016, Side Tape mixtape in 2018 and Euphoric Sad Songs mixtape in 2020. Her solo catalog alone has over 3 billion cumulative streams. She garnered early support from BBC Radio, The Guardian and Vogue, and continues to be championed by global names, including Bulgari, Christopher Kane and JW Anderson. Furthermore, she’s toured with Halsey, Khalid, Rita Ora, Years & Years and Jess Glynne.