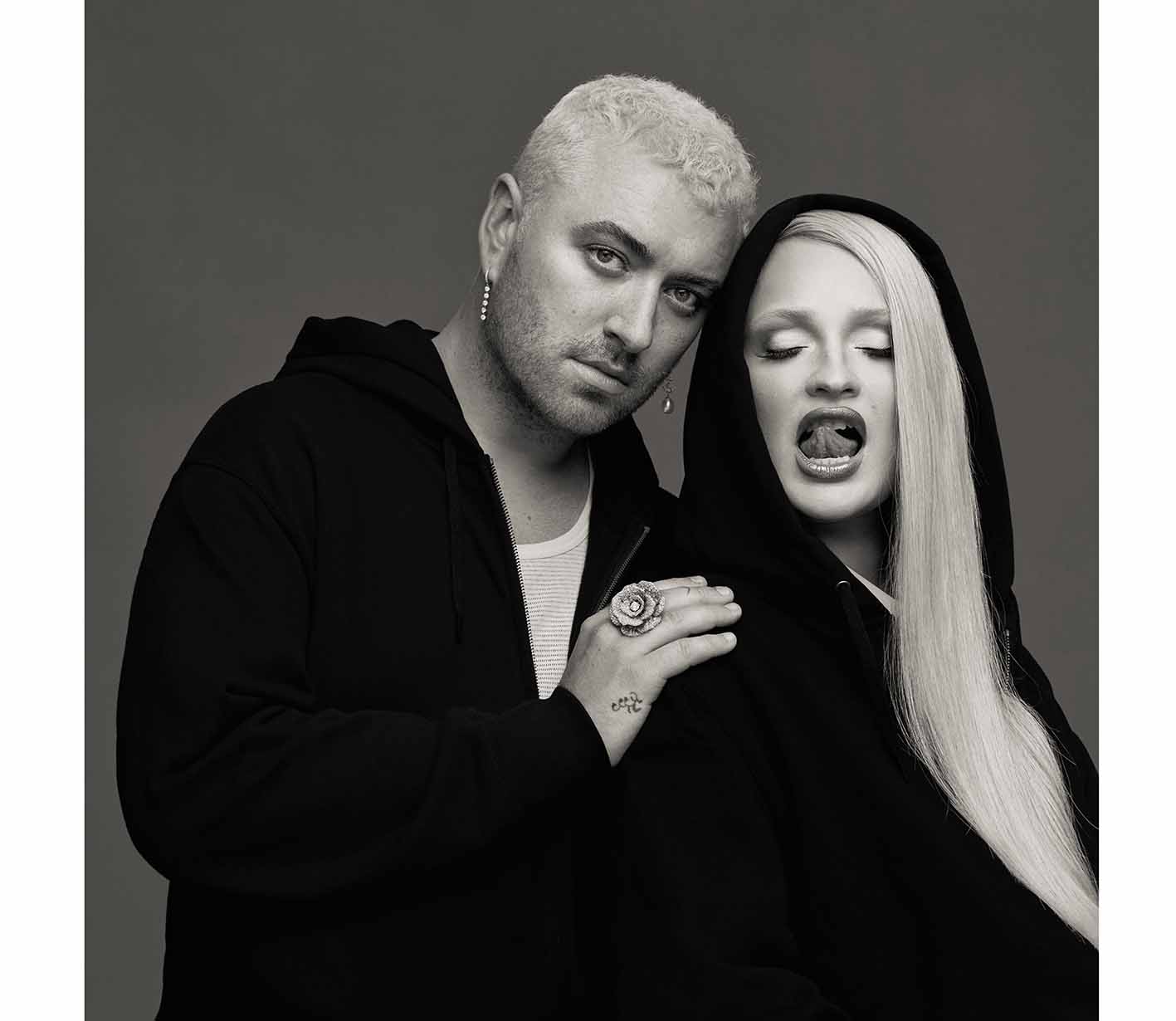 Describing the track as their most audacious yet, Sam Smith said, “Unholy was made in Jamaica and was one of the most glorious creative moments I’ve ever had as an artist. I’ve never had so much fun making a record. It was so cathartic and freeing to experiment like this and throw out the rule book. It has also been an honor to work with Kim and get to witness her brilliance. This song is about liberating oneself from the clutches of others’ secrets…”
Kim Petras added, “I am such a big fan of Sam. It is cool to meet another artist who is a really good writer and has a vision that’s their own. I had the best time in the studio with them. They really believed in me and encouraged me to be totally myself. I feel so honored that they chose me to be on this song.”

Fans embraced Unholy before its release, quickly sending views of the first teaser soaring past 26 million with over 300K creates on TikTok. Simultaneously, a new sound for “I’m Not The Only One” was trending on TikTok, causing the 2014 hit to re-enter the Global Spotify Daily Top 200. And to celebrate the release of Unholy Sam will be marking the start of an unrivalled live plot and has announced two shows at London’s iconic Royal Albert Hall on 21st and 22nd October.

Sam Smith is one of the most celebrated musical artists to emerge in recent history.  Their critically acclaimed third album Love Goes builds on the 35 million album sales, 250 million single sales and the 45 billion career streams they have amassed with the global success of their multi-platinum debut and sophomore albums, In the Lonely Hour and The Thrill of It All, which debuted at No. 1 on the Billboard 200.  Awarded four stars by Rolling Stone, The Thrill of It All included the hit single “Too Good At Goodbyes” which along with Sam’s songs “I’m Not The Only One” and “Stay With Me,” have each received over a billion streams on Spotify alone.  A session with Calvin Harris birthed “Promises”, an international smash co-written by Jessie Reyez and a string of singles crafted with producers Sam Smith admired including Scandinavian pop behemoths like Max Martin, ILYA, Shellback and Stargate followed.  “Dancing With A Stranger”, a lacquer smooth and seductive R&B track with Normani, the dance-pop leaning “How Do You Sleep?,” “Diamonds,” a dazzling dancefloor anthem that  showcases Sam’s unforgettable vocals in a defiant tale of love lived without regret and “My Oasis,” the cross-continental collaboration with Burna Boy. Sam also holds two Guinness World Records – for the most consecutive weeks in the U.K .Top 10 Album Chart (for their 2014 debut, In The Lonely Hour) and for having the first James Bond Theme to reach No.1 on the U.K. Charts (for the Oscar and Golden Globe winning “Writing’s on the Wall”).  With the release of “Unholy,” a new album incoming and an exciting live plot in motion, it’s going to be an undeniable 2023 for Sam Smith.