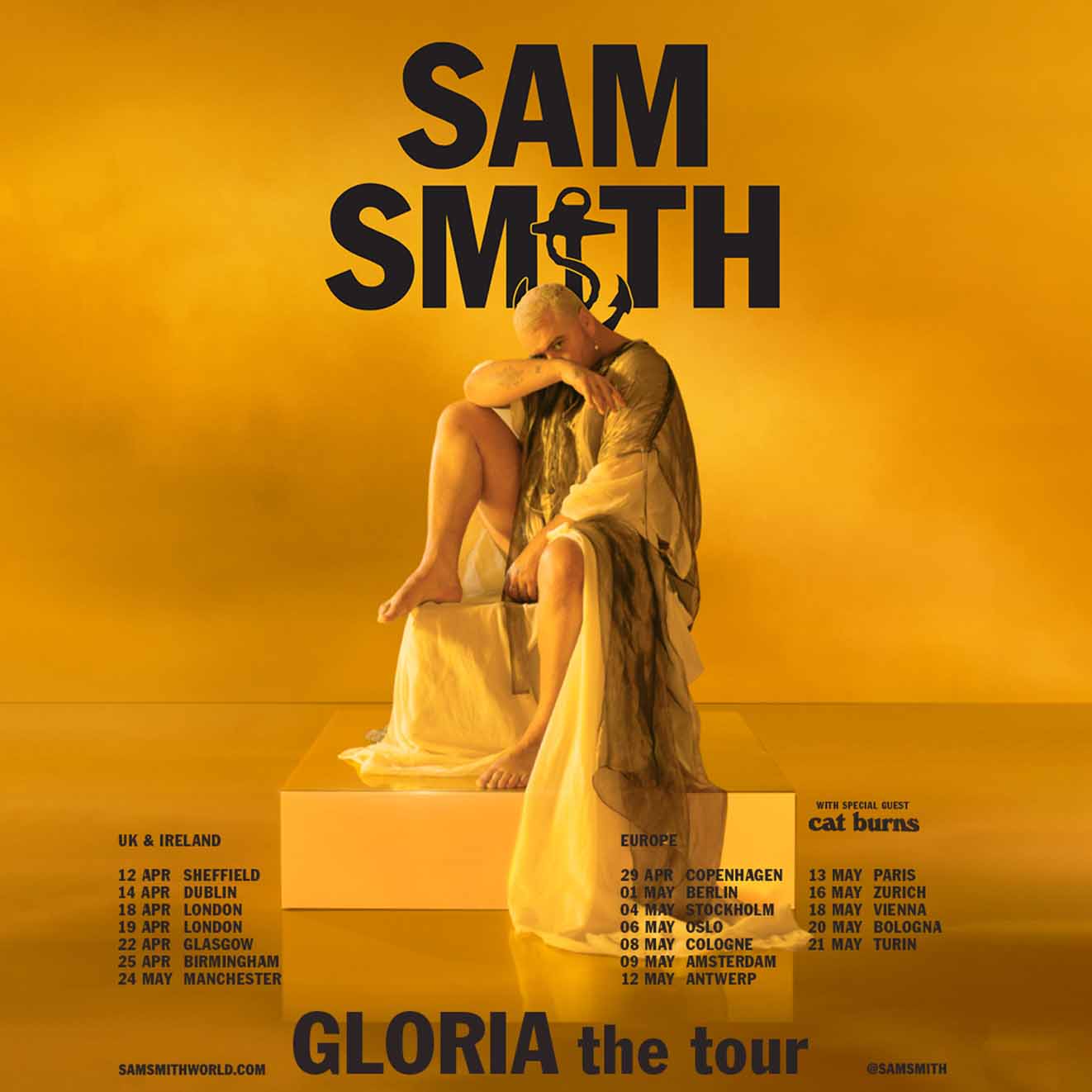 Sam’s upcoming 13-track record, Gloria will be their boldest statement yet and comes off the back of the huge success of lead single, Unholy. The megahit featuring Kim Petrashas surpassed 200 million Spotify streams and remained on top of the Spotify and Apple Music global charts since the day of release. Unholy is Sam’s eighth number 1smash and sits amongst only three artists to debut at number 1 this year on the UK Official Charts.

Sam’s second sold-out Royal Albert Hallshow will be streamed live on TikTok this Saturday 22 October from 8:30pm onwards via Sam’s account. With a highly in-demand album, globe-straddling number 1 hit and exciting live plot, 2023 is undeniably going to be the year of Sam Smith.