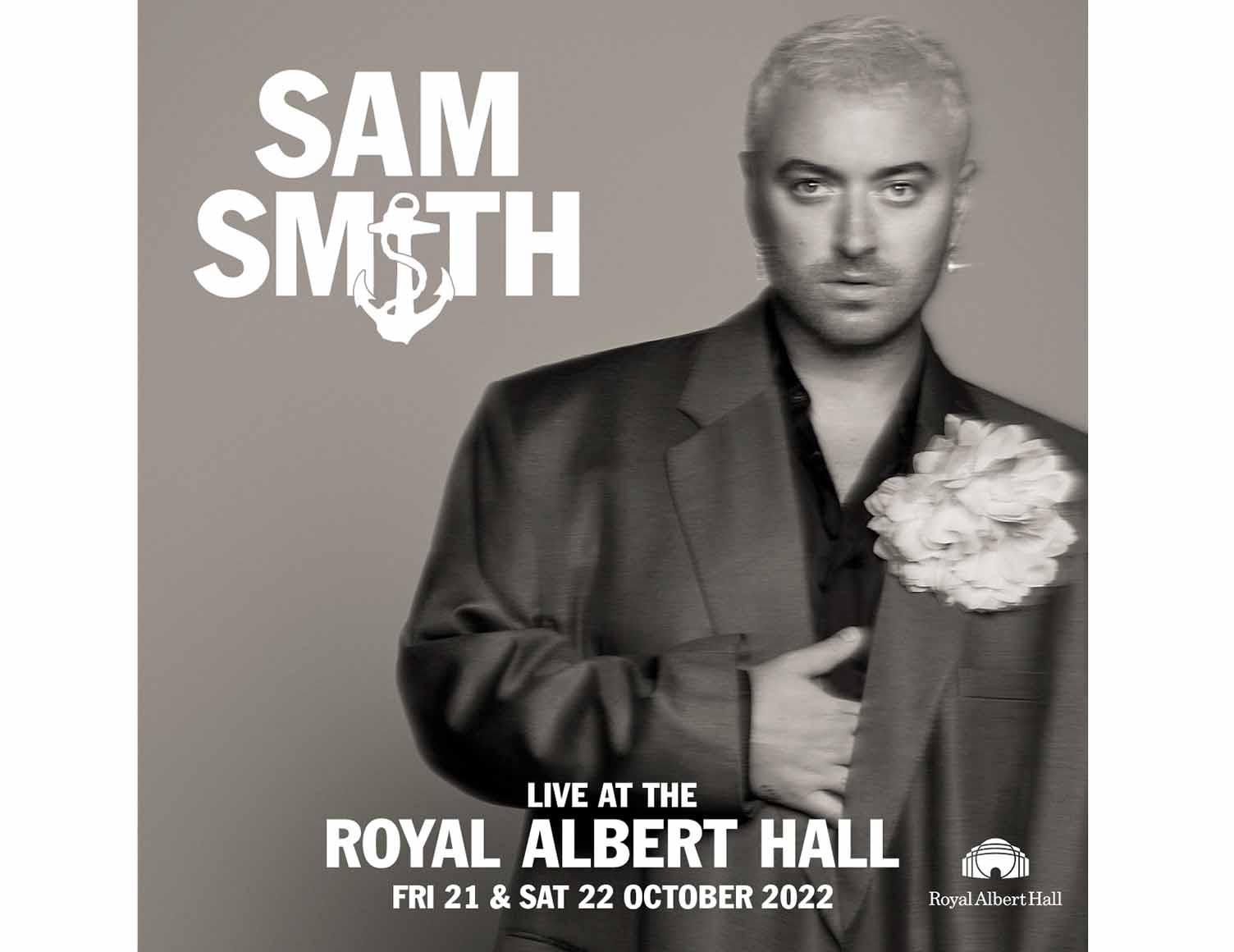 Having announced the imminent release of unstoppable new single Unholy, out 22nd September, Sam Smith has revealed they will be playing two unforgettable shows at the Royal Albert Hall on 21st and 22nd October.

For the first time in years Sam Smith will bring a celebratory set to a live audience performing some of their biggest records as well as material from their highly anticipated new album, all on these two special nights.

Since their No.1 debut album In The Lonely Hour (2014), Sam Smith has amassed a constellation of glittering achievements: 35 million albums sold, 250 million singles, 45 billion multi-platform streams, four Grammys, three BRITs, six MOBOs, a Golden Globe, one Oscar, two No.1 albums, five No.1 singles, two No.1 singles as featured vocalist on club bangers from Naughty Boy (‘La La La’, 2013) and Calvin Harris (‘Promises’, alongside Jessie Reyez, 2018).  With the release of Unholy, a new album incoming and an exciting live plot in motion kicking off with these two incredible shows, it’s going to be an undeniable 2023 for Sam Smith.