Sampa The Great Announces Forthcoming Lp ‘as Above, So Below’ Out 9th September Via Loma Vista

Sampa The Great Announces Forthcoming Lp ‘as Above, So Below’ Out 9th September Via Loma Vista 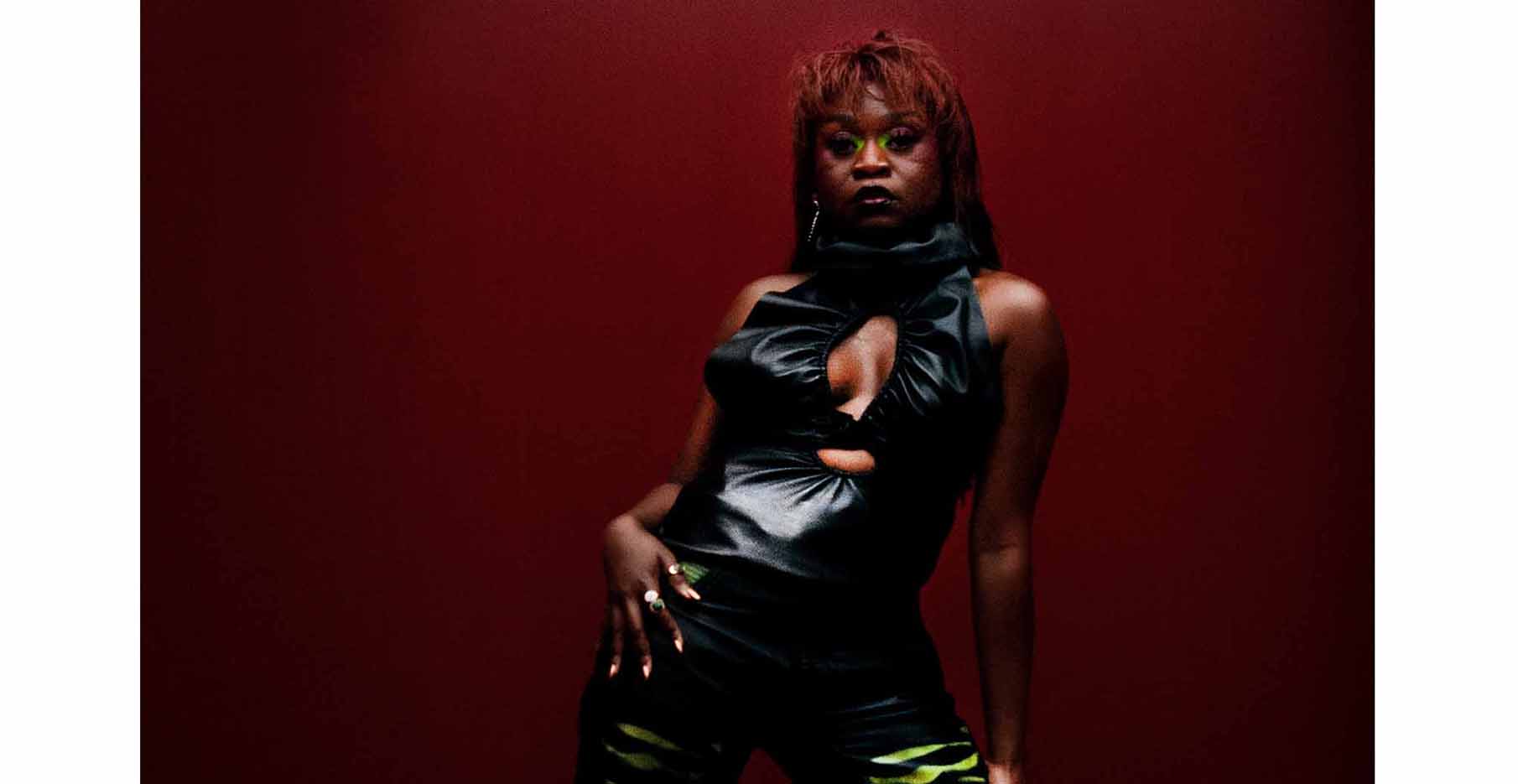 ARIA-Award winning, Zambian-born Botswana-raised poet and rapper, Sampa The Great today announces the impending arrival of her sophomore full-length album, As Above, So Below out worldwide on September 9 via Loma Vista. Adjoining the news, is the release of Sampa’s new single and video, “Never Forget” featuring Chef 187, Tio Nason and Mwanjé, available to stream now.

ARIA-Award winning, Zambian-born Botswana-raised poet and rapper, Sampa The Great today announces the impending arrival of her sophomore full-length album, As Above, So Below out worldwide on September 9 via Loma Vista. Adjoining the news, is the release of Sampa’s new single and video, “Never Forget” featuring Chef 187, Tio Nason and Mwanjé, available to stream now.

After relocating home to Zambia during the pandemic, Sampa reconnected with a different side of herself, one closer to the younger artistry that was nourished growing up in Africa. From collaborations with South Africa-based creatives Rochelle Nembhard and Imraan Christian, to time spent recording with a long-established network of close friends and family, Sampa unlocks an age of authenticity, and debuts a 360 Sampa to the world. As Above, So Below unveils the many sides of Sampa, throughout a sophomore record that fuses the serious to the sensual. As Above translates as Sampa outside’s self, while So Below is the Sampa within, together uniting to reveal the highest version of herself, without a mask, or role to play. Anchoring the record, is Eve: Sampa’s blueprint of her ideal self who manifests within As Above, So Below’s lyrics, and visually appears throughout the album’s forthcoming videos.

‍
Today, Sampa’s newest single arrives a brandishing ode to the golden era of Zambia’s socially prolific genre, Zamrock. Throwing recognition to the music coming out of the African diaspora today, to honouring the stories of those who tread previously, “Never Forget”is the stamp uniting both centre-points in history. A choral harmony from Sampa’s own sister Mwanjé heralds the track’s opening, before a low-slung bassline booms out puncutating hooks from Zambian songwriter, Tio Nason. An array of percussion adds a Zambian richness, from bongos, to hand claps, xylophones and timpanis colouring the song’s DNA (via Zambians Legendary producer Mag44, executive producer of the album) Triumphant verses from Sampa and Zambian MC Chef 187 weave throughout with a punchy finesse.

Accompanying “Never Forget” is today’s official music video, starring Sampa The Great, MC Chef 187, Tio Nason and Mwanjé. A darkly lit performance space featuring choreography and the artfully costumed personas of Sampa, translates to a highly cinematic and enthralling vision. Interspersed throughout the clip is archival footage of Zambian life in the 70s, including performances from some of the Zamrock acts that have paved the path since.

Sampa says on the single & video:
“Never Forget” is an ode to Zamrock music, a genre born in the 70’s combining traditional Zambian music and psychedelic rock. In particular, the song focuses on kalindula music. This tribute was inspired by the band WITCH and their lead singer Mr Jagari Chanda, who has become one of my musical mentors. I discovered Zamrock later in my life and was surprised that this music was known globally, yet not fully celebrated and acknowledged in Zambia today. It hit home for me as I felt similarities in my own journey, having had my career take off outside my birth country. I thought it was fitting to pay homage to those who came before me and merge past, present and future through music and imagery; passing the baton from one generation to the next. The archival footage in the clip includes the late great Paul Ngozi, the late president Kenneth Kaunda (Zambia’s first president) and the legendary WITCH.

Director Furmaan Ahmed delves into the video process:
Creating this work was an incredibly cathartic experience as it was a nod to the iconoclasm of our shared cultures, heritage and bloodlines that have been erased over time. At its heart, Never Forget is an homage to the strength, resilience and magic of the diaspora, the veneration of time and in particular Sampa’s Zambian heritage. Set inside a world birthing itself from a dark ancestral monument, we invoke the past to imagine new futures. Never Forget is a ritualistic unearthing and a celebration of our heritages and the power of music in liberation.

Sampa returned earlier this year, with As Above, So Below’s first single, “Lane” featuring US rapper Denzel Curry. Ushering in a new era, “Lane” was the first taste of Sampa’s own new music since 2019’s ARIA Award and Australian Music Prize winning debut album, The Return. A defiant call out to being shoved in a box, “Lane” was accompanied by a long-form video that book-ended and balanced a spoken word piece, “Origin'', wherein fans were introduced to Sampa’s ideal persona, Eve. The new chapter of music from Sampa The Great accompanied live performances from Sampa in an An Afro Future, across Sydney and Melbourne throughout May and June. After the postponement of last year’s inaugural and highly anticipated An Afro Future tour, Sampa delivered a spectacular run of rescheduled live performances. The tour marked the first opportunity for fans to see Sampa in live format with her full band from Zambia, performing from her debut award-winning album, The Return, alongside previewing new music to the energetic crowds.

2019 saw tremendous achievements for Sampa The Great, taking home Best Hip Hop Release for “Final Form” at the ARIA Awards, alongside multiple other wins at the J Awards, the Music Victoria Music Awards, while breaking industry records by winning the prestigious Australian Music Prize twice in her career. The Return received praise from the likes of The Guardian, NPR, Pitchfork, The FADER, Billboard, OkayAfrica and countless others, and was succeeded by the re-release of album track, “Time’s Up” with new verses from New York rapper Junglepussy, collaborations with the likes of The Avalanches, Denzel Curry & Tricky, and a feature onMichelle Obama’s esteemed playlist. In 2020 the appraisals continued, taking home three more ARIA Awards for The Return, securing four wins at the Music Victoria Awards, becoming the first solo artist and female musician to win Best Live Act at the National Live Music Awards, and BET Amplified’s first-ever global artist. As a highly applauded live performer, Sampa has entertained audiences across the globe with appearances at festivals like Glastonbury, Splendour in the Grass and Laneway, alongside virtual sets for AFROPUNK, Black August, the Roots Picnic and support slots for artists including Kendrick Lamar and Ms Lauryn Hill. In April this year, Sampa The Great performed for the first time at Coachella 2022, followed by an appearance at Primavera Sound, and a return to Glastonbury Festival.

Now as Sampa The Great prepares to introduce her sophomore album, enjoy the creative excellence and deep-running history in “Never Forget” today, ahead of the highly-awaited As Above, So Below in September.