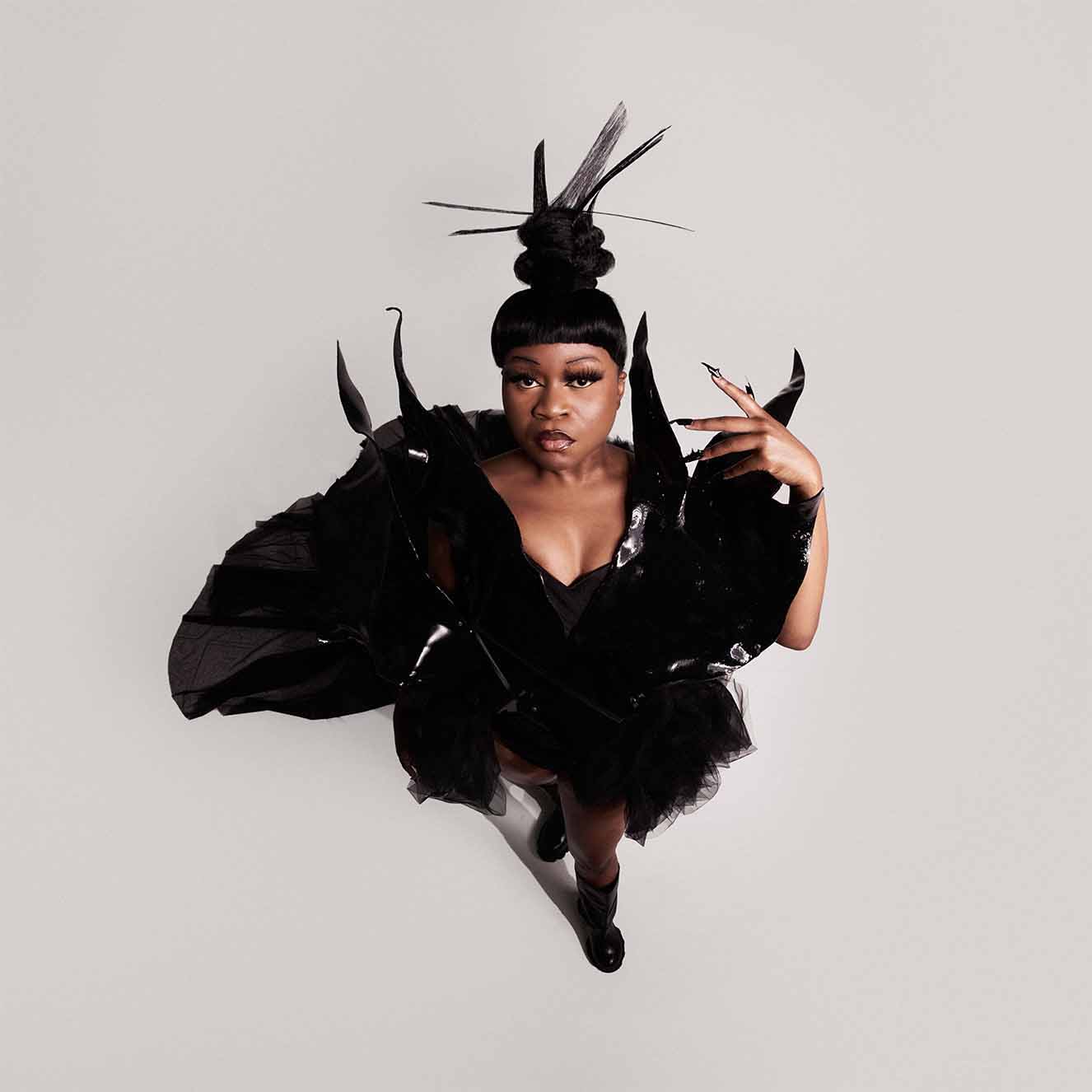 Taken From Upcoming Album ‘as Above, So Below’ Out 9th September Via Loma Vista

ARIA-Award winning, Zambian-born Botswana-raised poet and rapper, Sampa The Great today shares her newest single, “Bona”, taken from her impending sophomore full-length album, As Above, So Below, arriving on September 9 via Loma Vista Recordings.

Much like its recent predecessor “Never Forget”, “Bona” takes further influence from the music Sampa heard as a child, while raised in Botswana. Produced by Zambian royalty in Mag44, with co-production from Sampa herself (making this her first official producer credit), the track is influenced by Kwaito and Amapiano, fusing the genres into a hybrid hip hop blend. A slowly descending swipe of chimes opens the song with ethereal beauty, before a bouncing bassline tos-and-fros setting a fiery tempo. Sampa raps utop the frenetic pace, before a dynamic and majestic chorus of call and response unfolds. A self-defined moment of Southern African Swag, Sampa’s wide-reaching message of “Bona” to be yourself and not succumb to the intimidation of others, unveils more from the narrative of her forthcoming album, As Above, So Below.

‍
Directed by Travys Owen, the track's experimental visualiser sees Sampa inhabiting a fluorescent dreamscape, performing whilst she flickers through a series of prismatic scenes. From immersion underwater and acceleration through frenetic flashing lights on the back of a motorcycle, to celestial choreography cocooned by an ethereal glow, the visualiser serves as an expansion of Sampa's future-forward universe - all while embodying the self-assured energy contained within "Bona".

Sampa says of “Bona”: I haven’t yet shown the influence Botswana has had on me musically; this is the style, language and swag of Batswana youth. “Bona” is a chance for me to shine light on other elements of music that I was influenced by when growing up, outside of Zambian music. I want to bring a Southern African anthem to the mix and DJ desks, and show that not all music coming out of Africa is Afrobeats.

After relocating home to Zambia during the pandemic, Sampa reconnected with a different side of herself - one closer to the younger artistry that was nourished growing up in Africa. From collaborations with South Africa-based creatives Rochelle Nembhard and Imraan Christian, to time spent recording with a long-established network of close friends and family, Sampa unlocks an age of authenticity, and debuts a 360 Sampa to the world. As Above, So Below unveils the many sides of Sampa, throughout a sophomore record that fuses the serious to the sensual. As Above translates as Sampa's outside self, while So Below is the Sampa within, together uniting to reveal the highest version of herself, without a mask, or role to play. Anchoring the record, is Eve: Sampa’s blueprint of her ideal self who manifests within As Above, So Below’s lyrics, and visually appears throughout the album’s forthcoming videos. Across 11 tracks, the record throws recognition to the music coming out of the African diaspora today, while honouring the stories of those who tread previously.

Sampa’s prior single, “Never Forget” featuring Chef 187, Tio Nason and Mwanjé has seen widespread coverage globally since its release, including gracing the cover of NME plus praise The Guardian, Harper’s Bazaar, Fader, Stereogum, DJ Mag, Acclaim, and feature positions across Rage and community radio Australia-wide. The track and its accompanying video joined As Above, So Below’s first single, “Lane” featuring US rapper Denzel Curry. Together, both have ushered in a new era, showcasing Sampa’s first new music since 2019’s ARIA Award and Australian Music Prize winning debut album, The Return. Elsewhere this year, after the postponement of 2021’s inaugural and highly anticipated An Afro Future tour, Sampa delivered a spectacular run of rescheduled live performances across Sydney and Melbourne in May and June. The tour marked the first opportunity for fans to see Sampa in live format with her full band from Zambia, performing from The Return, alongside previewing new music to the energetic crowds. Most recently, Sampa's acclaimed single "Energy" feat. Nadeem Din-Gabisi was featured in Barack Obama's annual Summer playlist, following the appearance of "Freedom" in Michelle Obama's 2020 Summer playlist.

2019 saw tremendous achievements for Sampa The Great, taking home Best Hip Hop Release for“Final Form” at the ARIA Awards, alongside multiple other wins at the J Awards, the Music Victoria Music Awards, while breaking industry records by winning the prestigious Australian Music Prize twice in her career. The Return received praise from the likes of The Guardian, NPR, Pitchfork, The FADER, Billboard, OkayAfrica and countless others. In 2020 the appraisals continued, with Sampa taking home three more ARIA Awards for The Return, securing four wins at the Music Victoria Awards, becoming the first solo artist and female musician to win Best Live Act at the National Live Music Awards, and BET Amplified’s first-ever global artist. As a highly applauded live performer, Sampa The Great performed for the first time at Coachella 2022, followed by an appearance at Primavera Sound, and a return to Glastonbury Festival.
‍

‍
Don’t miss unlocking the next side to Sampa The Great, as she reveals her connection to her young Southern African swagger via prodigious raps in “Bona” today, and ahead of her highly-anticipated album As Above, So Below landing in September.