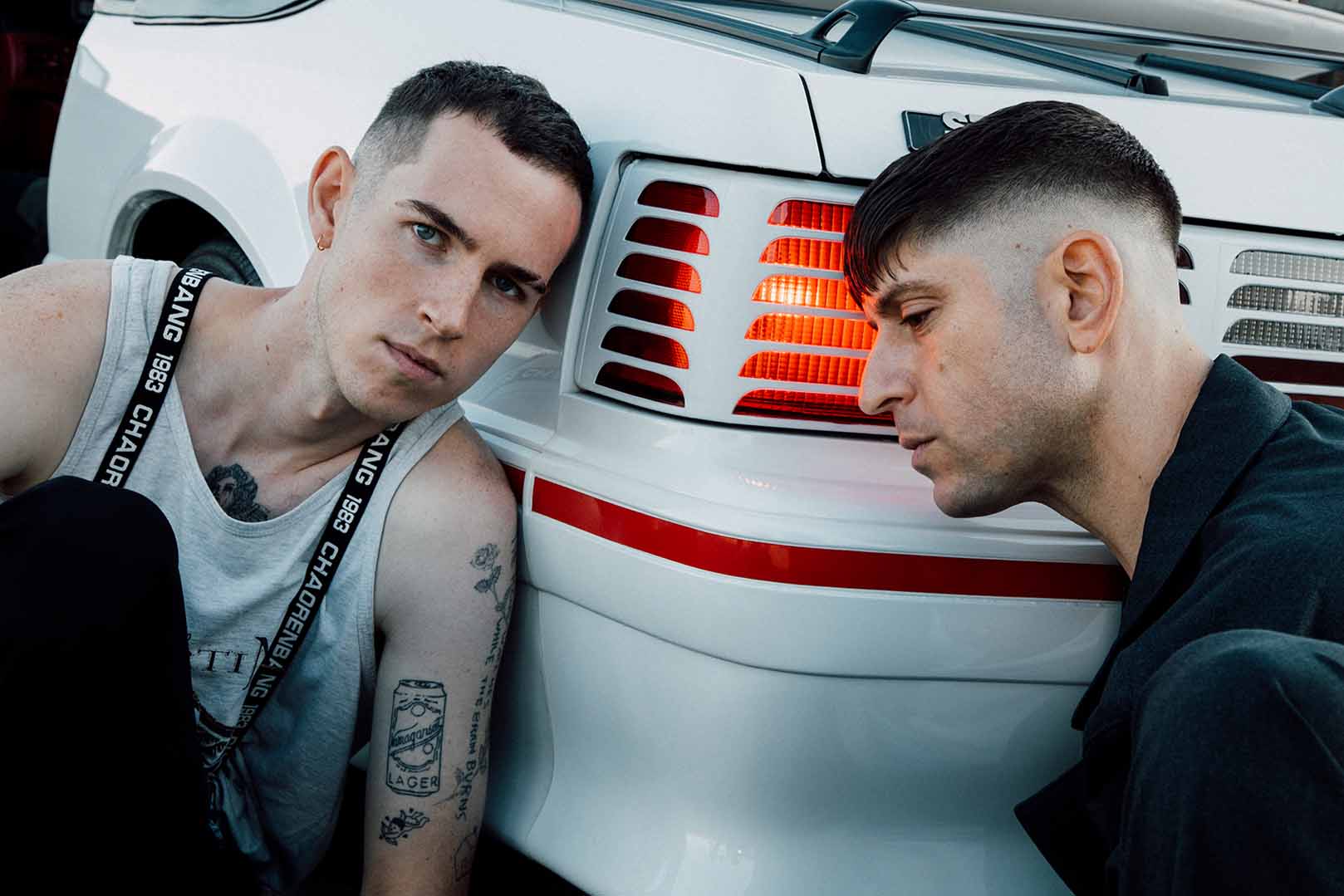 Launched in 2020, the stevexcooper artist project was created as a companion piece to his production work in New York, London, and Los Angeles, with Cooper sharing, “My goal is to develop a sonic identity across the production work and artist releases.” Best described as left-wing pop and rap, his music bends stereotypical genres, creating dynamic beats and a uniquely progressive sound. Cooper reveals, “I grew up on rap and pop, but also Aphex Twin, Squarepusher and other artists who captured the sound of worlds colliding.”

Now, he's soaring through the scene with the new single "Bad Reviews", featuring underground art-pop artist, Gabe Gill. Meeting at the beginning of the pandemic, their socially-distanced studio sessions turned into an explosion of styles and talents. As the A-side of their collaborative release, BREAKDOWN AT THE CINEPLEX, "Bad Reviews" consolidates their multidisciplinary skillsets. Cooper explains: "The movie theme and visual concept revealed itself through the songwriting process, rather than being discussed in advance. We've been wanting to drop for a while and tried hard to find the right pair of tunes. “You N Me Show” was in the can already when a light bulb went off during the writing of “Bad Reviews." We realized it also used television and movie-making metaphors to tell a love story." Gill adds, "Both songs use the cinema metaphor to explain the feeling of distance and dissociation in many relationships – the sense that you’re almost viewing something on a screen instead of actually experiencing it."

Despite the depth of its content, the blaring bass lines and enveloping choruses of "Bad Reviews" make it a tune that would be at home on any dance floor. "Even when we're deeply exploring emotionality, we're still having fun," Cooper says.

Stevexcooper's production of London alternative rapper, ATO, alongside platinum artist, EDEN, earned a 2022 AIM Award nomination and airplay from Jack Saunders, DJ Target, Charlie Sloth, and even pop star Tom Grennan. With a growing list of credits to his name and praise from the likes of Wonderland, Notion, Ones to Watch, Uproxx, BET, and Dummy, Cooper is definitely a producer to watch in 2022 and beyond.