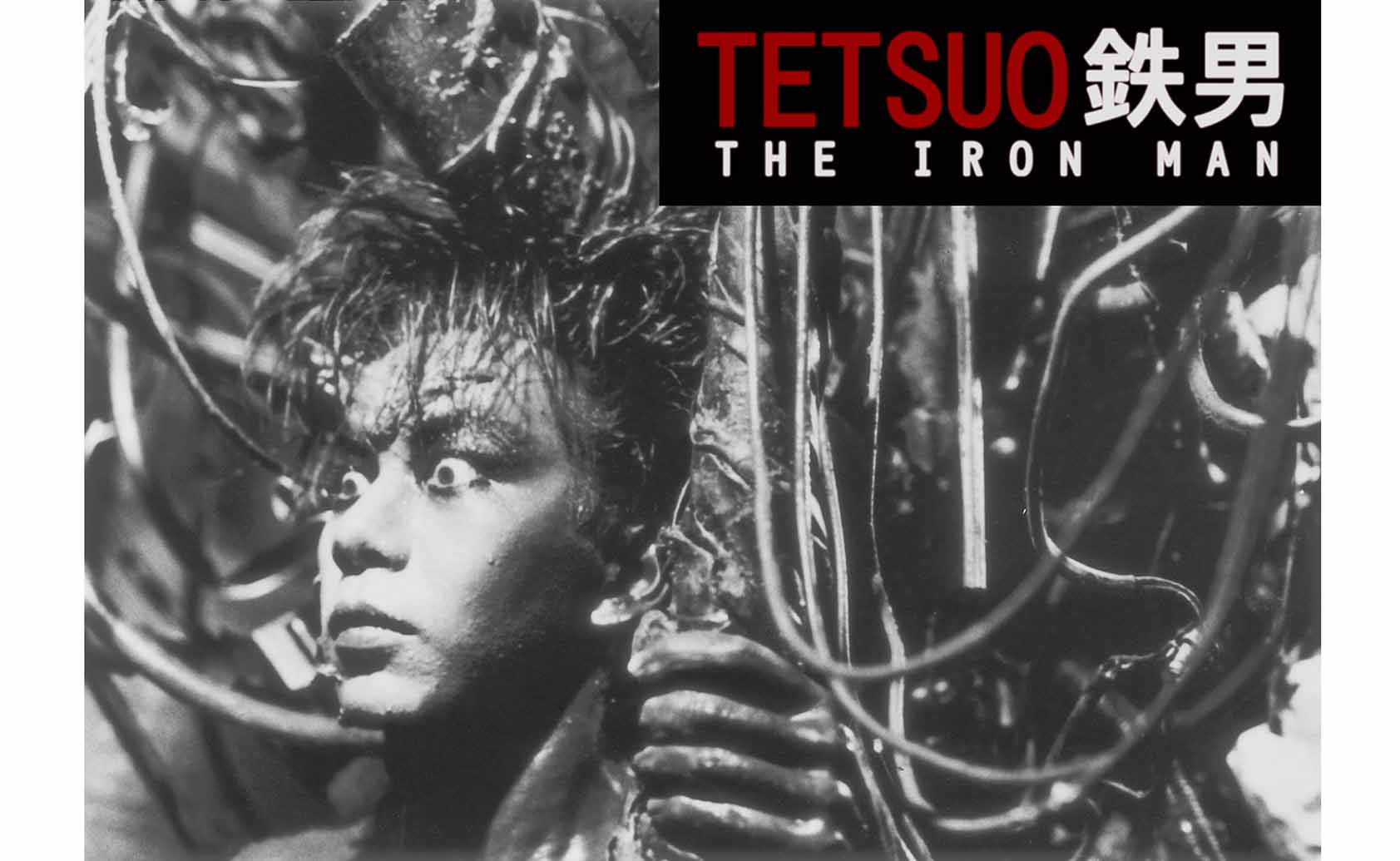 The Tetsuo's story is a cyber punk revenge tragedy, in which a strange man, known as "the metal fetishist",  played by director Shinya Tsukamoto,  he has a compulsion to insert scrap metal into his body. After being run over and nearly killed by a car, he is infected with an unknown disease that slowly and completely transforms him into a raging and dangerous metal man . He then takes a terrible revenge on the driver.

The transformation for Tetsuo of actor Tomorowo Taguchi uses low budget stop motion and sticking broken bits of old TV's to his skin of him, and yet the effect is extraordinary. Using brutal sound effects, unexpected black humor.

The cinematography by Tsukamoto himself and Kei Fujiwara, who also plays Iron Man's traumatized girlfriend draws on classic horror, the surrealism of David Lynch and the pace of manga to create an intense drama.  The Tetsuo movie was shot in 16mm  over 18 months with an ever disintegrating crew, most of whom lived in the apartment where the bulk of the film is set.

Tetsuo Film was such an horrendous experience that Tsukamoto considered burning the negative but he was probably glad he didn’t. Though it was initially considered almost unreleasable, the film found its audience after winning best film at the Fantafestival in Rome in 1989, and has become an artistic and cult favorite.

It’s definitely not for everyone, stylized acting like the combined nightmares of David Cronenberg.

But its a remarkable piece of film-making, something that is a genuine experience.