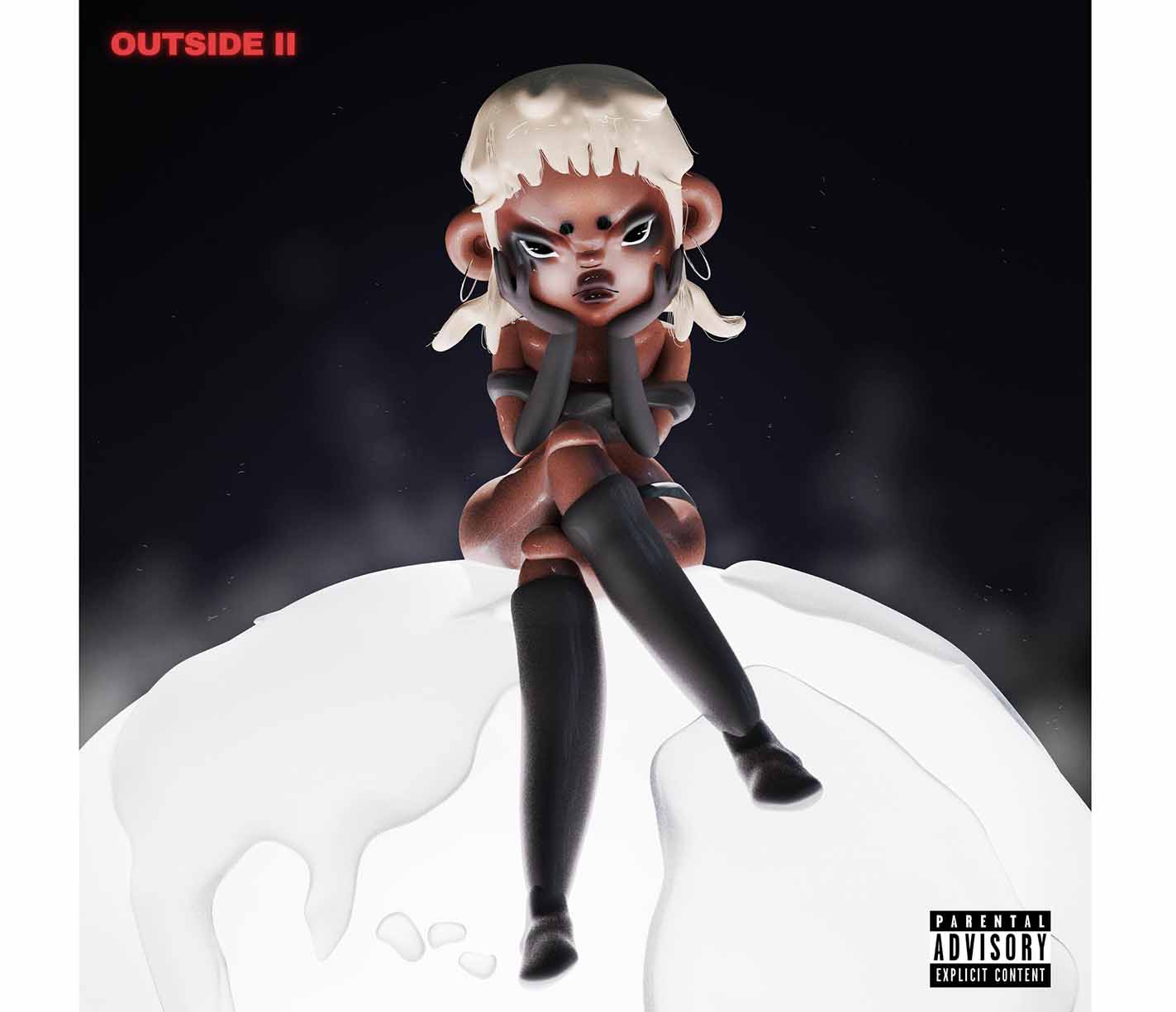 Los Angeles-based UK-Nigerian rapper SixSaidIt has released her genre-bending new album, Outside II, available to stream now on all digital platforms via This Land Records, a division of Sony Music

The 13-track LP marks the follow-up and sequel to the “genre-flexible” rapper’s 2020 debut EP, Outside, and features several of Six’s previously released tracks including “Little Bit” and “Lagos is Burning (Mirror Mirror)” and most notably the Afropop-infused “Choosey”, which received praise from leading industry outlets like Billboard, UPROXX, and Entertainment Tonight. Inspired by American television shows The Dating Game and In Living Color, the accompanying “Choosey'' visual is a fresh take on the blind dating game and sketch comedy shows and features Six's dynamic personality on full display.

On the release of SixSaidIt breakout new album, Six shares, “‘Outside II’ is a sequel to my first EP ‘Outside’ where I introduced listeners to different sounds influenced by my hometowns. While ‘Outside’ was an introduction to Six as an artist that likes to explore, ‘Outside II’ solidifies my stance as a genre flexible rapper that is unafraid to push the boundaries of hip-hop.”

SixSaidIt is a Los Angeles-based British-Nigerian rapper born and raised in the UK with roots in Atlanta and New York City. Because of her cosmopolitan background, SixSaidIt presents a fresh take on global hip-hop by including her varying cultural influences in her music. Since embarking on her music career in December of 2019, SixSaidIt's been committed to showcasing this diversity by allowing her music to scribble outside of the lines.

SixSaidIt's approach to hip-hop has built a diverse following by luring listeners in with what seems to be familiar and then capturing them with the discovery of sub-genres they may have not been exposed to before. SixSaidIt identifies herself as a (h)it girl because her music and her image appeal and influence the masses.