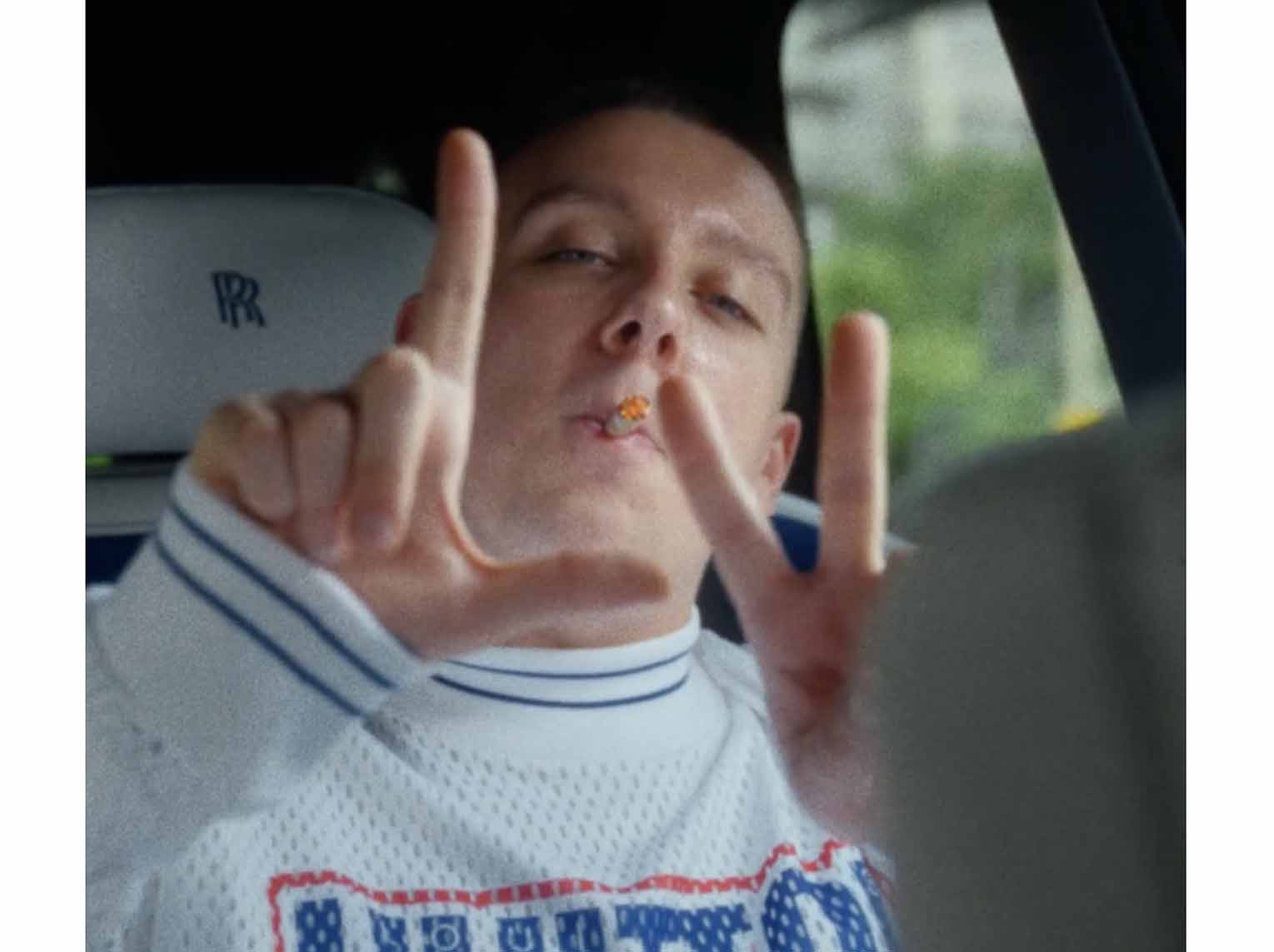 After bringing the UK & Ireland leg of his Close To Home tour to a phenomenal end this week, platinum-selling Mancunian rapper Aitch does not plan on taking a break as he drops the official music video for album track,‘Louis Vuitton’.

Directed by Kelvin Jones, the visual documents Aitch’s recent trip to Toronto, Canada where he made his debut at Rolling Loud Festival. Taking viewers on a journey through a day in the life of Aitch, the video highlights snippets from his thrilling world; from his rigorous travel schedule and explosive live shows to hanging out with his friends and team.

22 year-old Aitch released his debut album Close To Home in August this year. The album peaked at #2 on the Official Album Charts and made history as the first NFT project to chart. It features the platinum-selling hit, ‘Baby’ featuring Ashanti, ‘In Disguise’ feat. Bakar and the Shaun Ryder-assisted track ‘1989’. Aitch also joined forces with Ed Sheeran for fan favourite ‘My G’ which peaked at #7 in the UK Official Charts and continues to hold its place in the Top 20.

Following the release of his debut album, Aitch joined forces with Anne-Marieon her latest offering ‘Psycho’ and Tion Wayne for ‘Let’s Go’, successfully stringing together three tracks in the UK Top 30 alongside ‘My G’. Showing his complexities as an artist and flying the flag for the UK, Aitch linked up with German rapper Luciano for his #1 single ‘Bamba’ with US rap queen BIA. Currently reigning over the German Single Charts, ‘Bamba’ has remained in the top spot for three non-consecutive weeks.

Last weekend, Aitch took over London’s Alexandra Palace, where he brought out special guests including the likes of AJ Tracey, Giggs and Tion Wayne and performed his much-loved tracks and chart favourites to a strong crowd of 10,000 fans. The Manchester rapper brought his 16-date run to a close with two highly-anticipated homecoming shows at Manchester’s O2 Victoria Warehouse earlier this week.

Aitch’s Close To Home Headline Tour will continue its journey and travel across Europe early 2023.