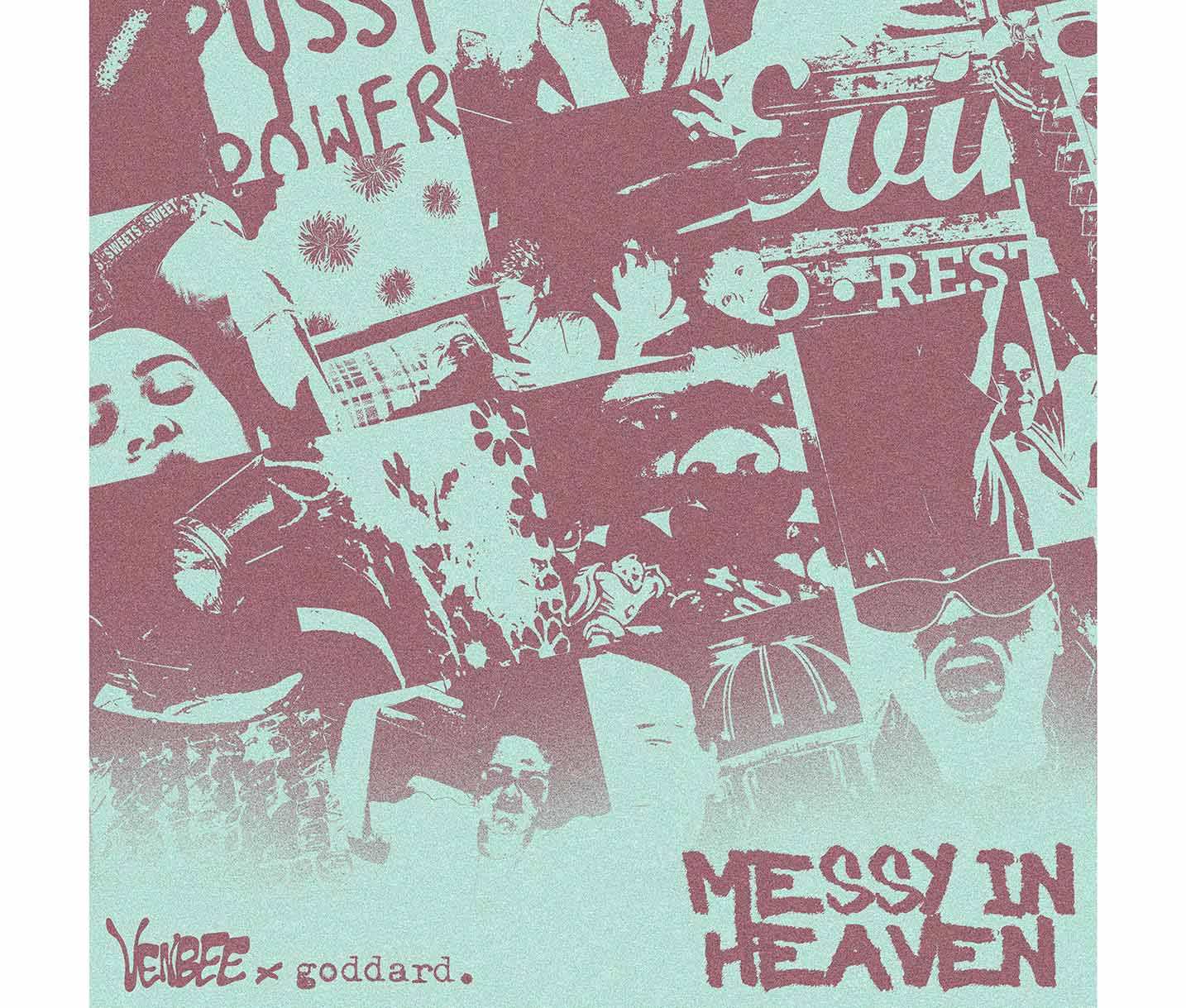 Venbee is a talented 21 year old artist and songwriter who is bold, funny, forthright and not afraid to speak her mind.

Venbee recently broke out with her viral hit  “Low Down“, a dark pop song tackling the subject of depression. It quickly dominated 21 Spotify Viral charts including #1 in the UK, whilst Radio 1 made it the song their Introducing: Track Of The Week.

‍Now Venbee returns with producer Goddard, in a more playful mode with a new song,  “Messy In Heaven”. On the song she cheekily reimagines the son of god in a modern predicament  ”I heard Jesus did cocaine on a night out, eyes wide open, dilated, but he's fine now, and if his father ever finds out he’d probably knock his lights out….gets a little messy in heaven”.

Venbee said of the track “The night before I wrote ‘Messy in Heaven’ I had a dream of Jesus walking down the high street looking very intoxicated. When I got into the session I told my co-writers about the dream and the song wrote itself. 'Messy in Heaven’ isn’t a religious song, or meant to offend anyone. It’s simply about how some of the best people put others before themselves. As a result of this, sometimes they fall into a downward spiral. …I worked on this with Goddard because I felt that together we could turn it into something really cool! We bounce ideas really well and I’m so glad he was happy to do this with me. I hope you love the song as much as we do. bye, love you bye.
‍

Goddard said of the track  “Working on Messy in Heaven was an eye opening experience. The scene at the moment feels very exciting and with a new wave of upcoming artists experimenting with sounds and arrangements rarely used in DnB, I’m humbled and excited to be a part of it”

‍Venbee recently performed at the All Points East Festival. You can catch her live at the following upcoming events…

Venbee is currently working on new music and plans to release a debut EP later in the year.