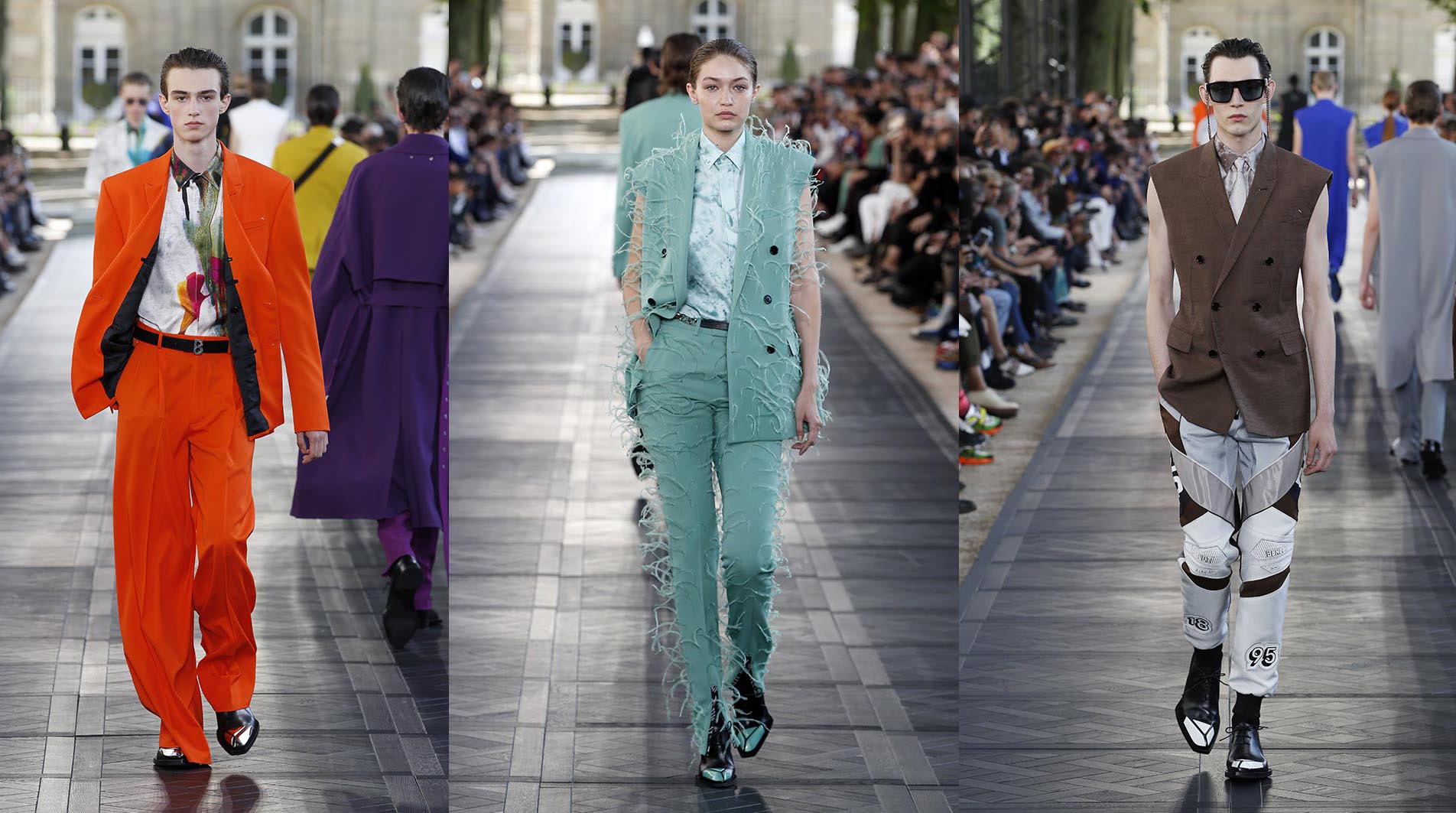 If there’s one word that characterises Kris van Assche’s vision for Berluti, it’s sensuality. While it might remain the only house within the LVMH stable that is, on paper, strictly menswear, van Assche has followed the lead of his predecessor Haider Ackermann by using women as a means of expanding the label’s universe: most memorably last season with Adut Akech walking alongside the final look in tailoring, and this time around, with Gigi Hadid in a sleeveless teal suit tufted with feathers.

This newfound sex appeal didn’t come by way of mere skin-baring, however. What gave it a welcome jolt of something more provocative was the kaleidoscopic colour scheme, that ran the gamut from easy, breezy palazzo pants in an eye-popping shade of orange to summery outerwear in royal blue. Held on a sunny afternoon in the Jardin du Luxembourg, it was seductive summer dressing for a more mature, refined gentleman.

In just two seasons, van Assche has fleshed out his Berluti world as something edgier and more dangerous than Alessandro Sartori and Haider Ackermann before him – and why wouldn’t he take advantage of this blank slate, when Berluti has spent over a century of its life as simply a luxury shoe brand?

That’s not to say he didn’t have his eye on the brand’s illustrious history as well. Notable were the pieces embossed with the ‘scritto’ motif, a calligraphic script from a largely indecipherable 19th-century document housed in the Berluti archives. So too did he pay honour to the house’s mastery of the medium of leather, giving it a more modish update in cross-body bags and laser-cut parkas. Kris van Assche might have a vision of his ultimate Berluti man – a flâneur of today unafraid of sporting the boldest of colours – but he also made sure there was something for everyone.