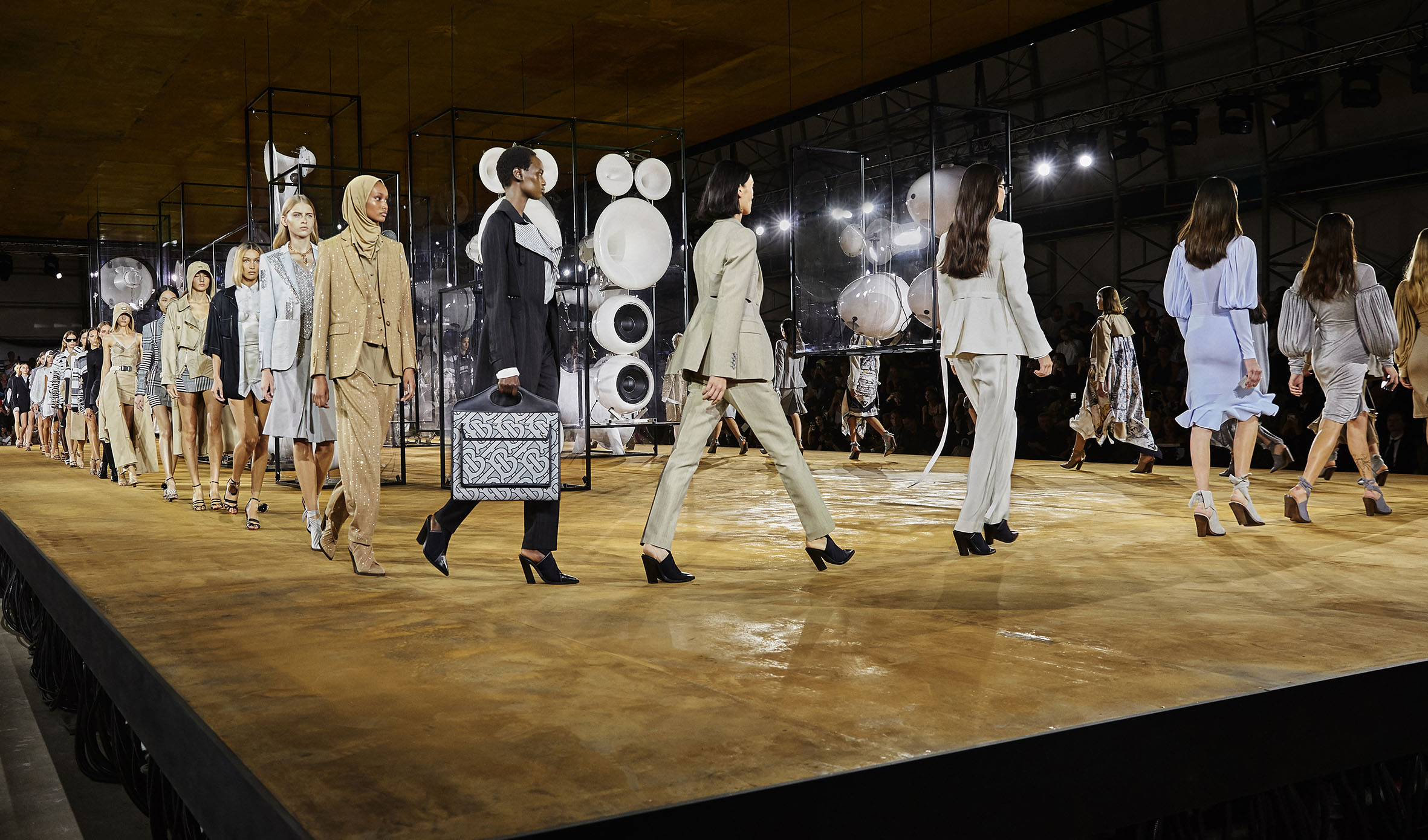 The Burberry collection, called Evolution, is a celebration of new house codes and is influenced by the time Burberry was founded – the Victorian era. The show was presented in a vast theatre which was transformed to feature a giant mirrored cube at its core, which lifted as the show started to reveal a Victorian-inspired sound system installation with rust flooring and ceiling. The space reflected the palette of the collection with hues of white, grey, silver and neutral earth tones.