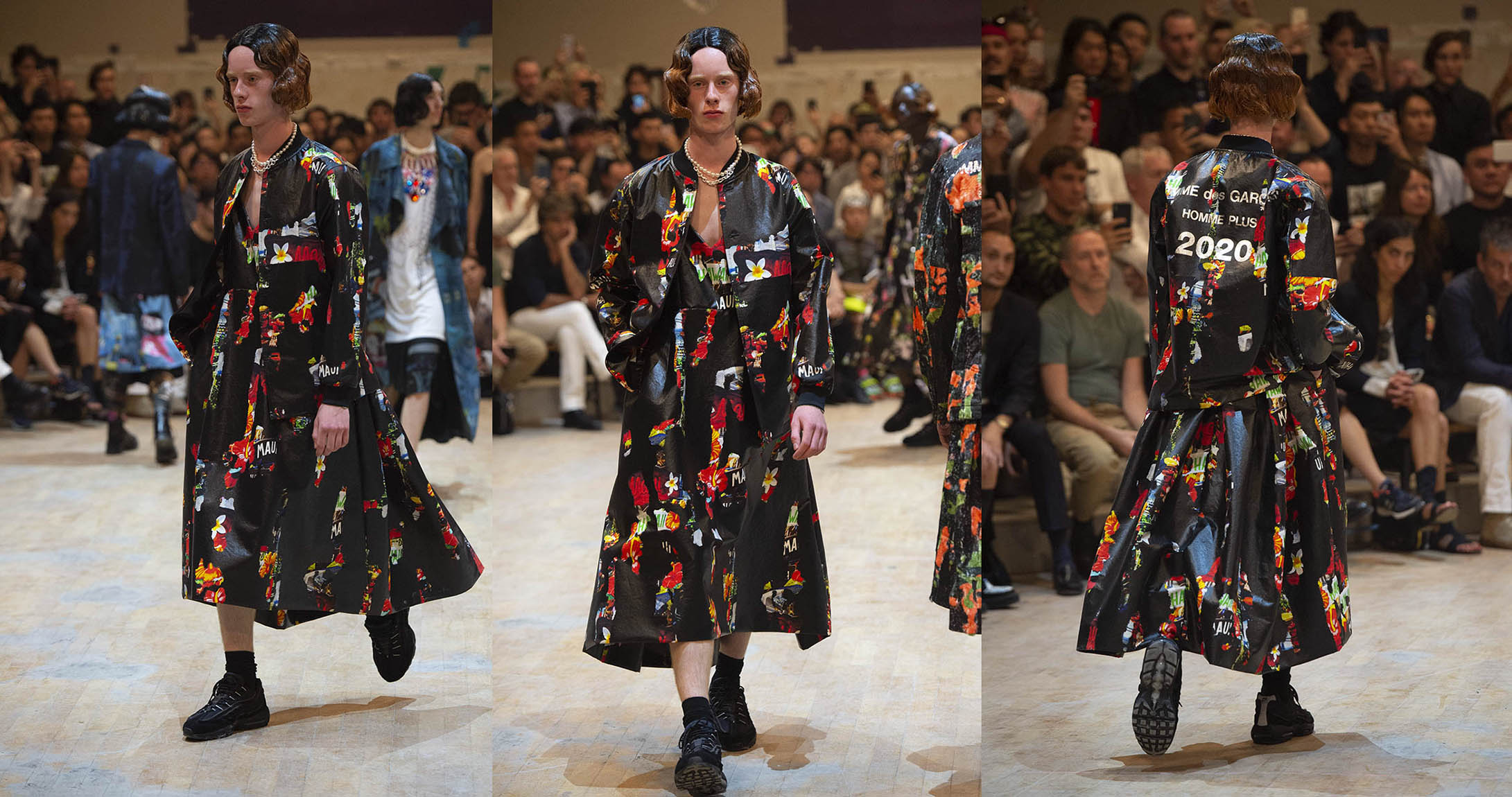 For Comme des Garcons Homme Plus, we can always count on Rei Kawakubo to be keeping a surprise up her sleeve. This time, it was a doubly unexpected debut: both a collection inspired by womenswear (if you subscribe to this increasingly outdated distinction), and the beginning of a tripartite study of Virginia Woolf’s epic novel Orlando. The collection is just the first chapter, to be continued at the brand’s next show in September, then to culminate in the costumes she’s designed for a new operatic adaptation of the classic text, premiering at the Vienna State Opera in December.
‍

But this wasn’t just a throwback to the memorable Elizabethan finery, designed by Sandy Powell, for Derek Jarman’s 1992 masterpiece that cast Tilda Swinton as Orlando’s titular character. Instead, it took the character – who famously shifts gender halfway through the novel, in an ode to Woolf’s lover Vita Sackville-West who regularly sported men’s fashion – as a starting point, before funnelling it through Kawakubo’s distinctive lens.

What emerged was a chopped-and-screwed take on the interwar tailoring of Woolf’s own era. There were plenty of bell sleeves, corsetry details and asymmetric ruffles – but more winningly, there was an obvious nod to Orlando’s time-travelling spirit (the character is just as comfortable in Tudor England as they are fraternising with the 1920s modernists) in the highly desirable Comme-ified Nike Air Max 95s. The wavy, cropped wigs and pearl necklaces might be a reference to Woolf’s own sartorial aesthetic, but the models here were also ready to hit the club in sneakers right after; all coming together to form brilliantly realised hybrids of the past and the present, the masculine and the feminine.

While Kawakubo’s outlook for the past few seasons across both menswear and womenswear has been a little gloomier – even nihilistic – it seems that taking Orlando as the starting point for her collection was all she needed to lift her spirits. The show was soundtracked by a performance of thundering live drums, and models crisscrossed the catwalk space with wild abandon. This might only be the beginning of her operatic project, but the theatricality of the runway is something Kawakubo has always instinctively understood. With the collection’s charmingly dilapidated glamour, it felt like curtains up for a new and more optimistic chapter in the designer’s ever-evolving career.