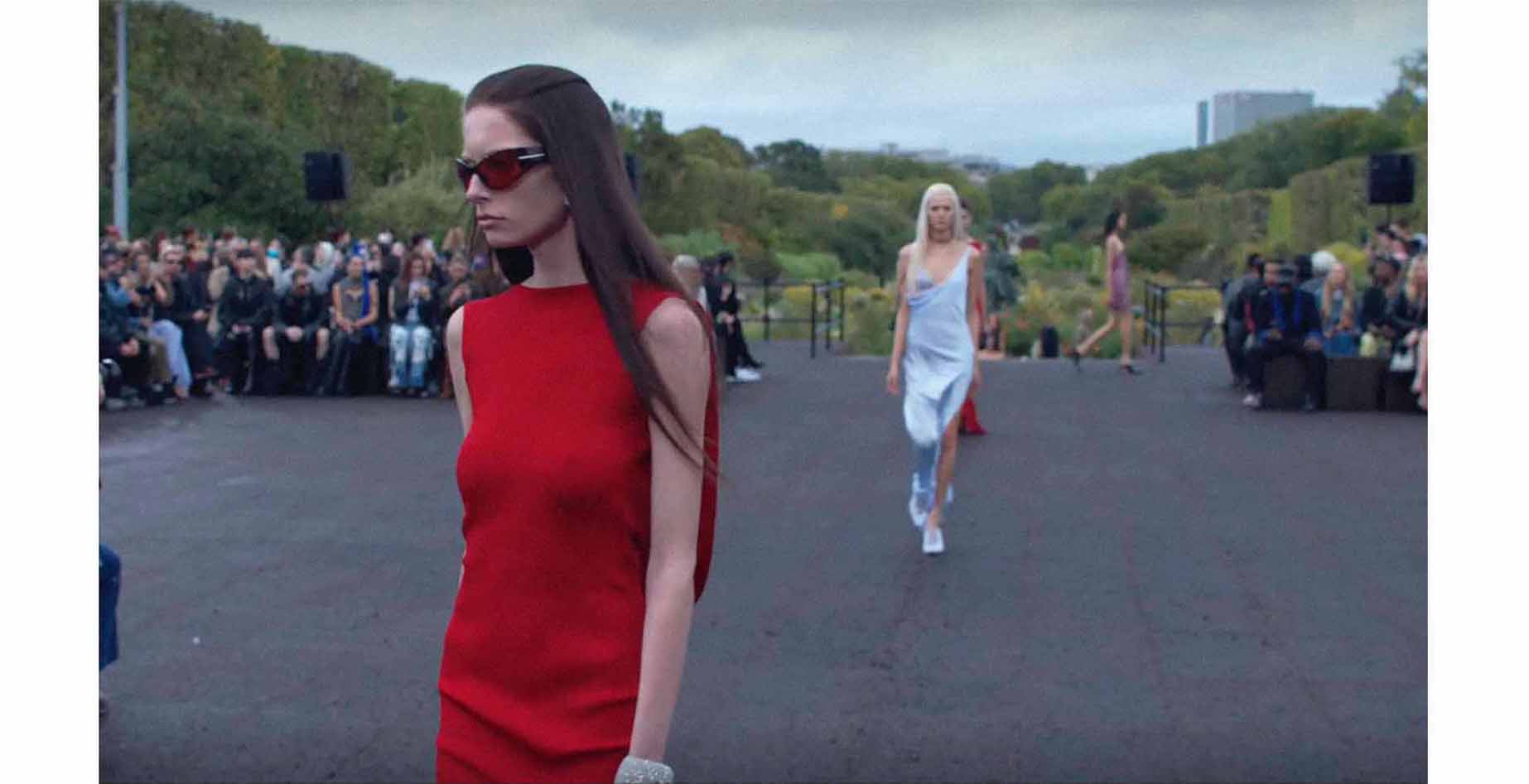 A transatlantic clash of enduring city wardrobes: for the Givenchy Spring-Summer 2023 collection, Artistic Director Matthew M. Williams proposes a cultural exchange between the cosmopolitan dress codes of France and America, resonated in the influence of Hubert de Givenchy upon both domains of style.

The show is staged in the Jardin des Plantes where botanist explorers have crosspollinated discoveries from around the world since the seventeenth century. Here, a metaphorical graftage unfolds.  The urban tastes and uniforms of Givenchy’s France and Williams’ America – cultivated since the mid-century – unify in a reflection of the shared global dress sense of the digital era. Through the timeless gaze of Hubert de Givenchy, whose contributions to American cinema inspired the nation’s perception of everyday elegance, the silhouettes of classic Parisian chic and casual Los Angeles cool consolidate.

In the process, the archival icons of Givenchy are re-energised in dialogue with the archetypal workwear staples of the city wardrobe, re-evaluated through the lens of savoir-faire.

This study of collective dress codes begins with an adaptation and clarification of the Maison’s own genetics. Dresses, skirts and blouses gathered at the centre draw on a storied house technique, while Givenchy's emblematic black dresses are constructed with integrated asymmetrical stole panels draped from the neckline. Box jackets constructed in tweed and boucle conjure archival skirt suits, re-imagined with Givenchy’s 4G logo. Tailoring is intensified at the shoulder and nipped at the waist, coats structured with zips at the front transform into capes, and classic blazers are imbued with boned corsets.

‘This collection is an investigation into the dress codes that tie us together across mentalities and continents: two culturally-specific wardrobes from very different places – Paris and Los Angeles – which have transmuted into a truly universal look for a global and generational community. I wanted to communicate this interaction with a new clarity and strip the final expression of any complexities.’

‘In creating the collection, I wanted each silhouette to embody the exchange between traditionally French and American ways of dressing in the urban environment. It’s a study of the elements we associate with ‘Parisian chic’ and ‘Californian cool’, and how those contrasts have integrated in the digital borderless world.’

‘Everything begins with Hubert. I looked at his archives with my adopted Parisian eye, but also with my instinctive American eye. Through his work for Audrey Hepburn, Hubert introduced my country to a certain Parisian sophistication that influenced our own view of elegance – the same way American music culture now inspires the wardrobes of the French youth. The cultural exchange reflected in this collection has been a long time in the making.’