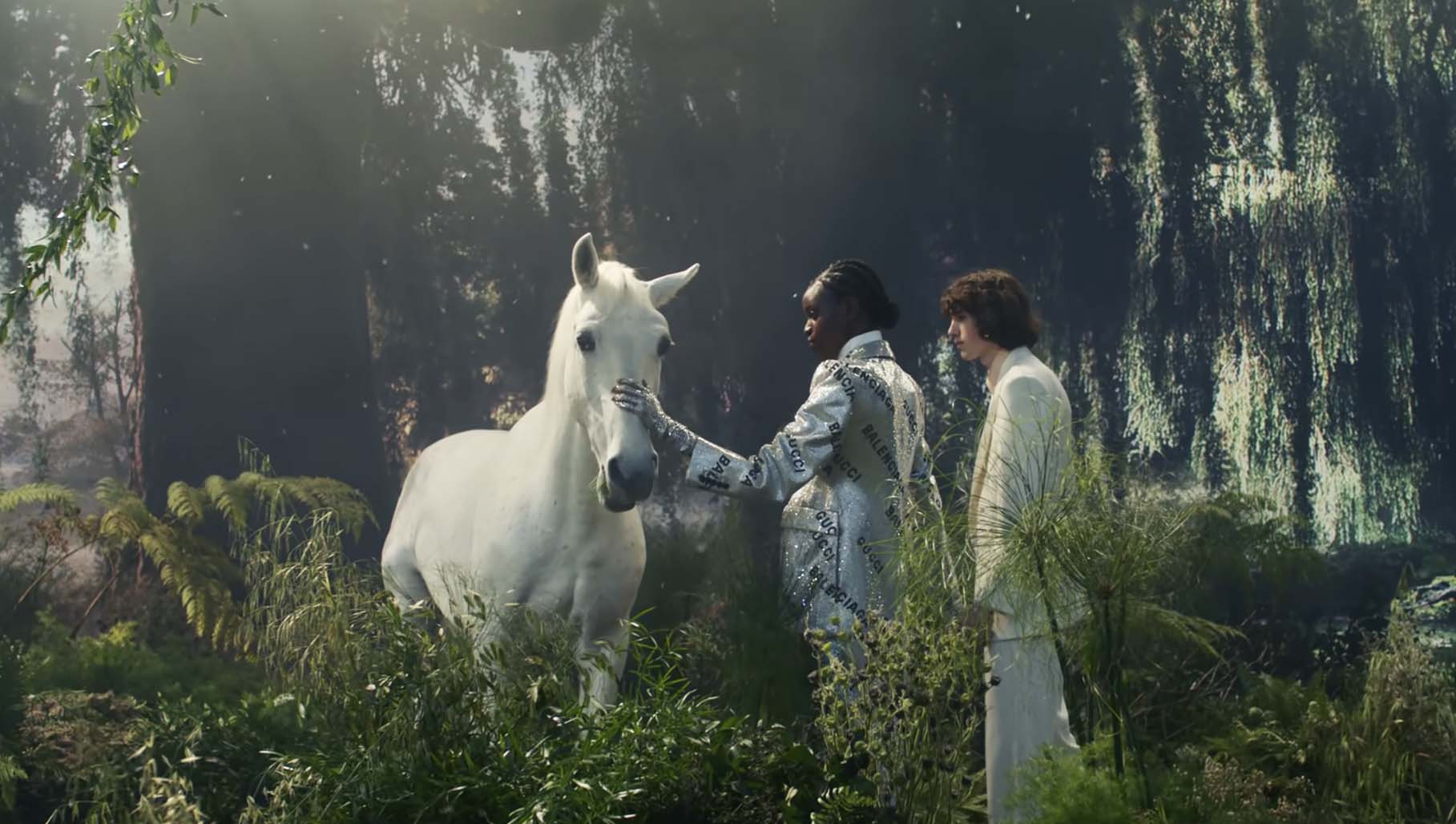 In the 100 years since Guccio Gucci founded his small leather shop in Florence, Gucci has always been synonymous with the use of symbols, laden with meaning and history, many still in use today. Symbols became another way for the brand to communicate.

The Horsebit and Web speak to the House’s equestrian heritage; the monogram references the founder’s name; the Flora print is rich with artistic allusions. When Alessandro Michele became Creative Director of Gucci in 2015, he introduced a new narrative, one in which symbolism continued to remain paramount, but also included a remarkable emphasis on words. He recognized their power and realized that his choice of them directly impacted their capacity to move and inspire. With a single word or phrase, Gucci collections were infused with messages of love, freedom and acceptance, becoming a new way to articulate self-expression through fashion.

At the very foundation of self-expression is the idea that no two people are the same, much in the way that no two interpretations of a creative work can coincide completely. Fashion, as a form of aesthetic expression, then becomes a game in which one must connect the dots and fill in the blanks.

To showcase the Aria Collection, Creative Director Alessandro Michele co-directed together with multi-disciplinary artist and videographer Floria Sigismondi the dedicated film. In the past, she collaborated with the House on multiple occasions, including on Gucci’s Gift Giving Campaign in 2016, shot in the Garden of Ninfa, and on the Gucci Bloom Campaign, which debuted in 2020 and set in the mystical passages of La Scarzuola.

Floria’s audacious music-video imagery and trademark cinematic style has made her one of the most acclaimed directors in the genre’s history. Her iconic work for artists such as Rihanna, David Bowie, Dua Lipa, Justin Timberlake and Sigur Ros has swept video awards globally. In recent years, Floria has partnered with Alessandro Michele, visionary creative director at the helm of Gucci. Their collaborations have resulted in several breathtaking, boundary-pushing campaigns, including 2020’s Gucci Bloom campaign starring Angelica Huston and Florence Welch. This fruitful partnership also culminated in the short film 72 Hours at The Chateau Marmont, featuring the experimental film icon Kenneth Anger for a special supplement of System Magazine. The film won Best Fashion Film at the Milano Fashion Film Festival. Her latest book of photographs, Eat the Sun, features many of Hollywood and music’s most celebrated luminaries including images from her award-winning series for The New York Times Magazine’s The Great Performers Issue, featuring Nicole Kidman, Daniel Kaluuya, Andy Serkis, Saoirse Ronan, and Timotheé Chalamet. In film, Floria has directed The Turning, and wrote and directed the critically-acclaimed feature The Runaways, starring Kristen Stewart and Dakota Fanning. Her television work includes directing episodes of American Gods for Starz and The