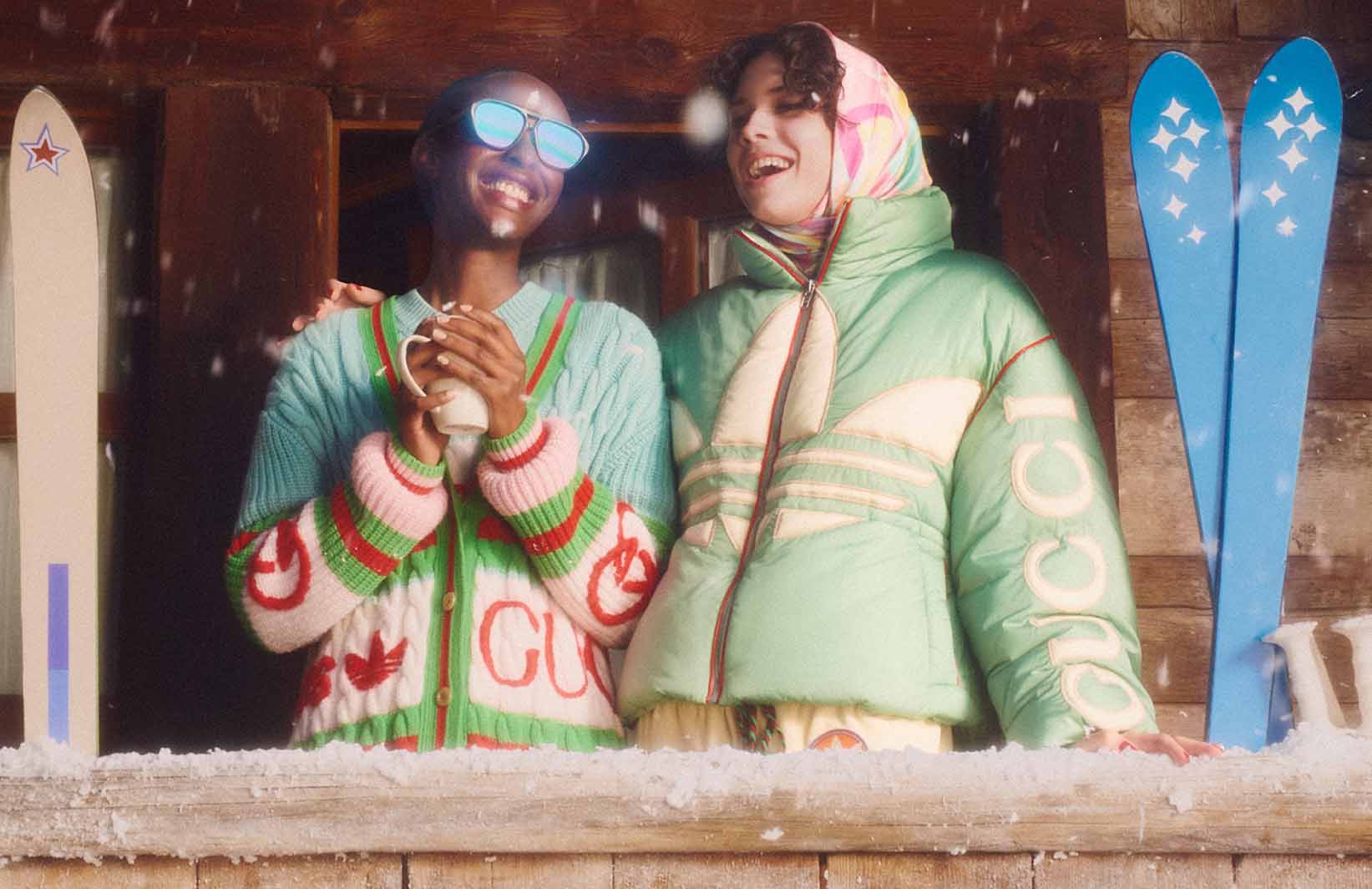 The House presents Gucci Après-Ski - a selection of pieces envisioned for mountain leisure and beyond. Drawing from the easygoing allure of winter getaways, the offering expands upon the House’s vision of a travel-minded lifestyle while continuing the strand of surprise that runs through its collections.

Gucci Après-Ski encompasses the duality of sportier and refined aesthetics often seen off- piste, showcased in an assortment of skiwear-inspired coordinated sets, updated iterations of signature handbag lines including the Gucci Horsebit 1955, Gucci Diana, and GG Marmont, lug-soled boots inspired by cold-weather footwear, and ski mask silhouettes from Gucci Eyewear among other styles. The lineup also introduces a special preview of ready-to-wear and accessories from a forthcoming chapter of adidas x Gucci as well as a set of aluminum hard-sided trolleys, created in collaboration with the Italian luxury luggage maker FPM Milano, in a continuation of the House’s Gucci Valigeria travel narrative.

The Gucci Après-Ski selection is captured through stills by Mark Peckmezian and a film by Akinola Davies Jr. in a new campaign that follows a cast of characters as they embark on an alpine escape. The friends unwind against the backdrop of scenic peaks and charming chalets within a retro-tinged film and imagery that embody the cozy conviviality of the offering.

Gucci Après-Ski will be available in Gucci boutiques, as well as on gucci.com, with special Pop-Ups in Courmayeur, Cortina, Courchevel, Verbier, and Kitzbühel.

Gucci Après-Ski explores two aesthetics spotted off the slopes from sporty to refined in a wide range of styles. Ready-to-wear takes inspiration from skiwear and mountain staples within coordinated sets, knitwear, and puffer jackets, embellished with the GG monogram, optical patterns, or adidas x Gucci emblems. Signature handbags including the GG Marmont, Gucci Horsebit 1955, and Gucci Diana, are presented in houndstooth knit, trimmed with wool, or with a raised all-over adidas x Gucci logo, alongside travel pieces like the GG Matelassé leather duffle and new aluminum hard-sided trolleys, created in collaboration with the Italian luxury luggage maker FPM Milano, distinguished by the GG monogram. The shoe assortment draws from classic hiking and snow boots and come in a wool material with distinctive fleece texture, GG Matelassé leather, or with an all-over maxi monogram motif. Accessories include mittens, hats, and Gucci Eyewear ski masks and other silhouettes with iridescent lenses, sometimes detailed with the GG monogram and/or Web strap.