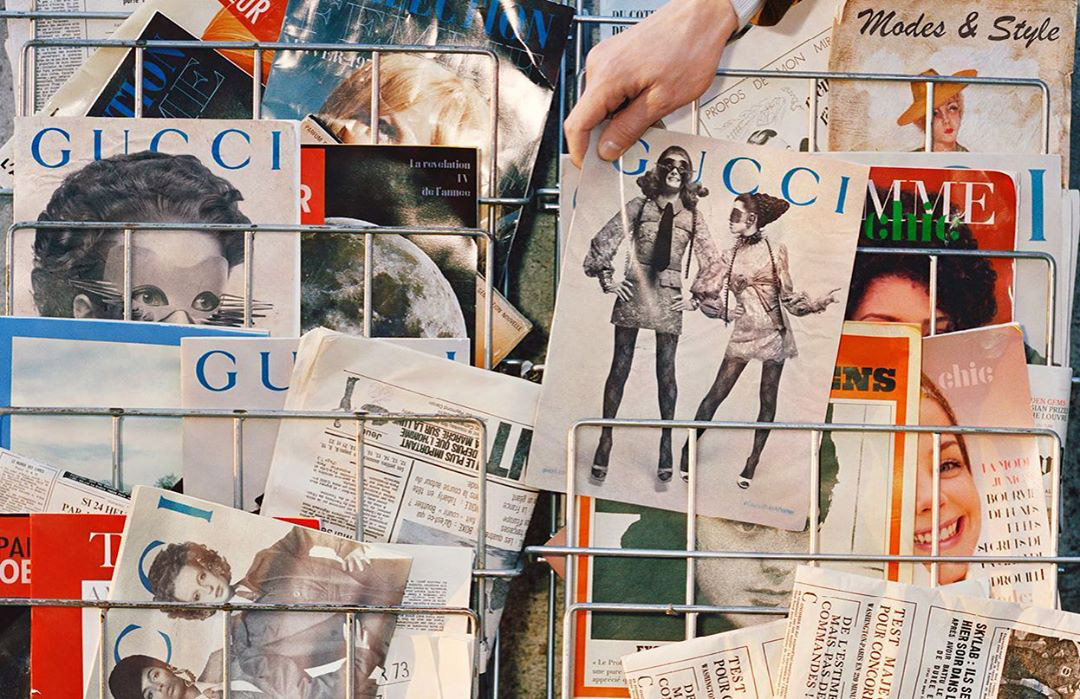 Taking inspiration from the world of designers and their muses, the Fall Winter 2019 campaign pays homage to the mythical passion, performance and pomp of the fashion circuit.

Alessandro Michele uses his inquisitive and eccentric perspective to explore the reportage imagery of a scene established as an industry cliché: designers and their models acting out the seasonal ritual of fittings, catwalk display and magazine shoots, with the attendant backstage frenzy and front row parade.

The Creative Director has revisited this expressive, self-aggrandising world with meticulous attention to detail, whimsically constructing a variety of imaginary scenarios as highly stylised tableaux. Art directed by Christopher Simmonds and shot by Glen Luchford, the campaign documents a journey through the seasonal fashion wheel: models are caught off guard in the street, backstage, stepping between the front rows and pictured pulling exaggerated, theatrical poses in the photographer’s studio. There are also telling images of models reading the publications in which they feature, thus bringing the narrative full circle. Like the symbol of the Ouroboros, a circular snake eating its own tail – now an important part of Gucci’s eclectic reservoir of imagery – in this campaign, fashion is seen to continually create and consume itself in an eternal cycle.