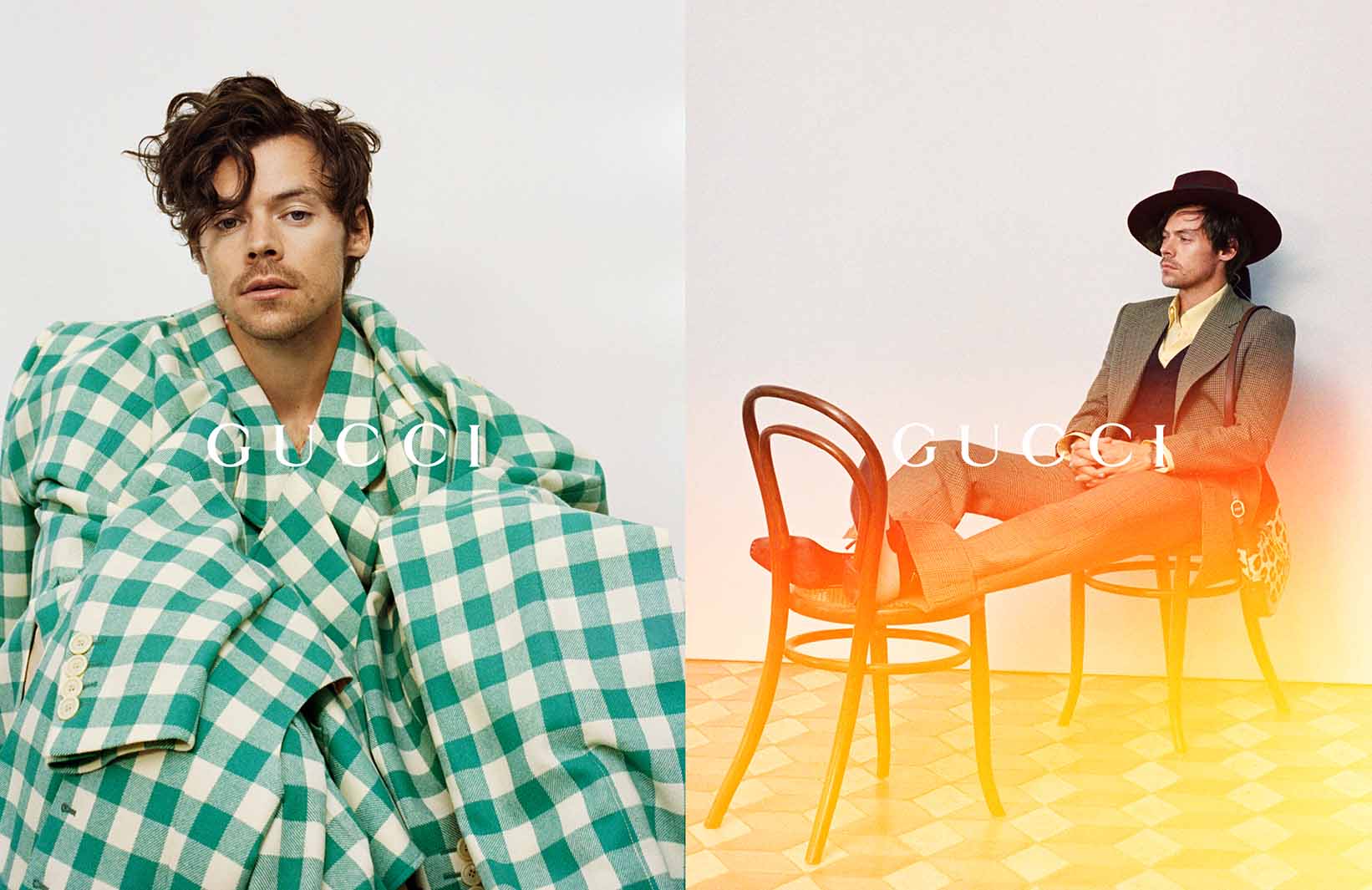 Play, Friendship, Passion, A Tale Of Vanity Set Free, A Shared Vision Of A Men’s World As An Instrument Of The Avant-garde For The Renewal Of Culture, The Practical And Everyday Use Of A “dream Wardrobe”.

The House presents the Gucci HA HA HA campaign that captures moments of the human desire for masculine transformation, interpreted by British singer-songwriter and actor, Harry Styles. It is the natural continuation of a journey of shared creativity that began the moment Creative Director Alessandro Michele asked his friend Harry Styles to prepare a “two-headed” collection. Presented in June 2022, Gucci HA HA HA, a crasis of the initials of ‘Harry’ and ‘Alessandro,’ is a collection that represents the landing place of a creative two-person journey, born from a deep bond of friendship.

“I’m so happy to see this project finally come to life. I’ve known Alessandro for years now, and he’s always been one of my favourite people. I’m always inspired watching him work, so doing this collaboration with my friend was very special to me.”, says Harry Styles. Now, the artist stars in a campaign to which he lends not only the physicality of his face and body, but also releases his expressive emotionality while taking on all the intrinsic “mean- ings” within the collection.

This becomes evident from the way he plays with the scenic elements of everyday life: a chair, a plant, a couch. And even more so from the natural gesturality with which he han- dles accessories, without assigning any particular importance to a hat or a bag. And it is indeed a bag, the Gucci Bamboo 1947, that the campaign embeds within the narrative like a beacon of the renewal of the masculine world.

Gucci HA HA HA transpires from a game between two friends who decide to combine those small oddities that come from almost childlike visions. This is the creative device that al- lows sartorial jackets, formal suits, Prince of Wales coats, and all the other pieces to narrate the essentiality of a fashion that tends towards a manipulation of symbols established to transform into elements of autonomy for a cultural renewal and revolution.

The images and video, shot by Mark Borthwick, tell the story of this avant-garde journey. Through the interpretation of Harry Styles, the collection is able to exhibit masculine vanity without hypocrisy and false scruples dictated by convention. Photo after photo, Styles en- acts a theatrical piece that transforms the men’s wardrobe into a platform of freedom.