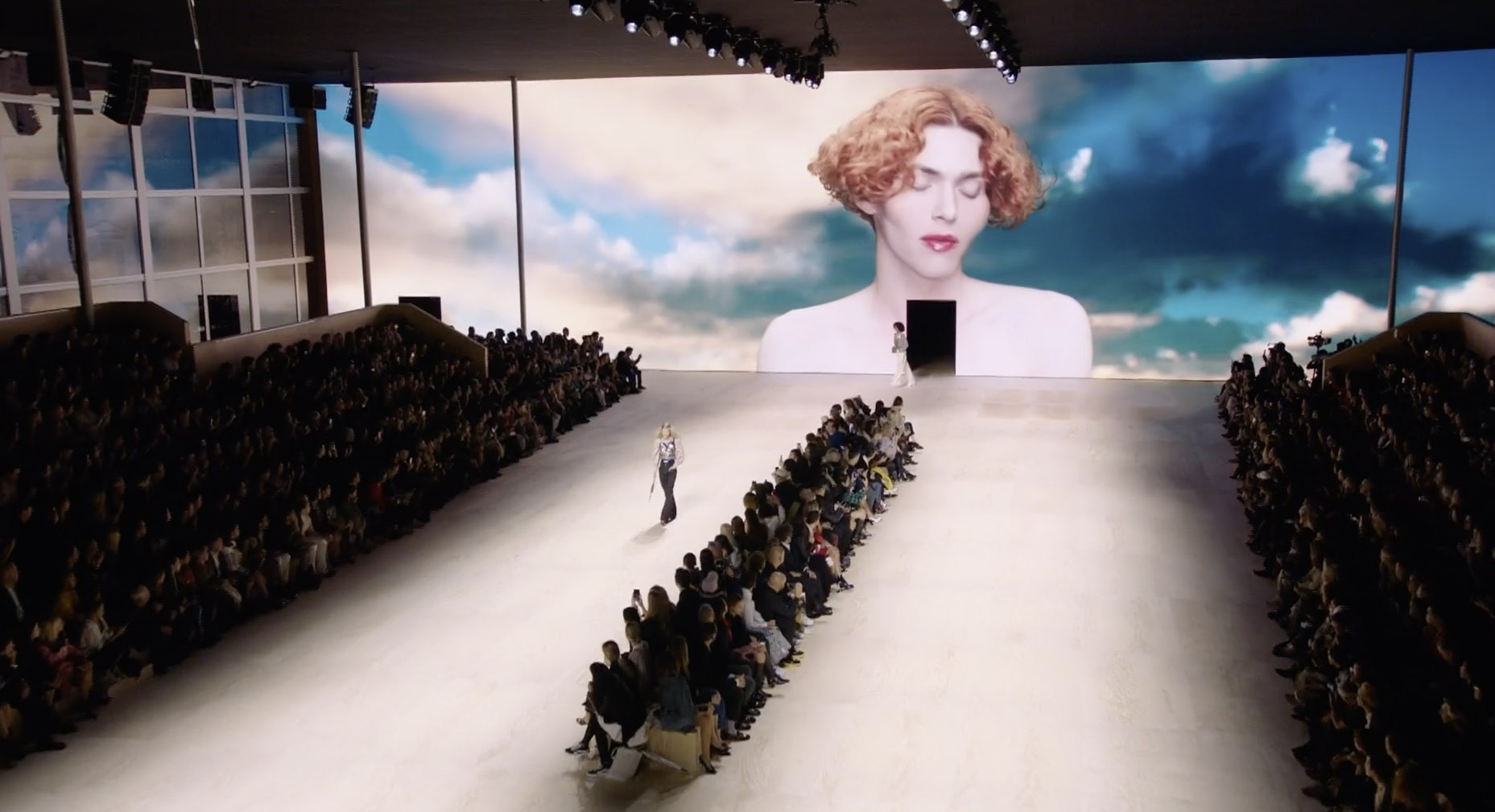 From Louis Vuitton : "Returning to the origins gives rise to a high society that expresses itself through a new Belle Époque, as if in tribute to that vivacious time when Paris was pure enchantment. Circling back to the pleasures of sartorial protocol. A certain dandyism blends styles and genres based on depth of culture. Harking back to the fundamentals of romanticism and transposing Art Nouveau onto clothing. Inventing a community that celebrates the enthusiasm of singularity. And finally, adopting as a signature the evocative cattleya orchid, worn on the lapel like the chimerical symbol of ultimate refinement. Louis Vuitton picks up the thread of its own history and brings together two nascent centuries, the dream-like dawn of the 20th century and the 21st century that yearns to remember it.

The artist Sophie appears onscreen in an extended version of “It’s Okay to Cry”, specially made for Louis Vuitton, with the participation of Woodkid.

The wood used for this show was sourced entirely from sustainably managed forests in France (100% PEFC certified maritime pine wood from the Landes region). After the show, all the wood used for the décor will be donated for reuse as part of a partnership with ArtStock, whose mission is to recycle and upcycle elements from artistic productions in order to preserve the environment. The transparent part of the structure was rented specifically for this show.

A selection of images from the SS 2020 LOUIS VUITTON collection.