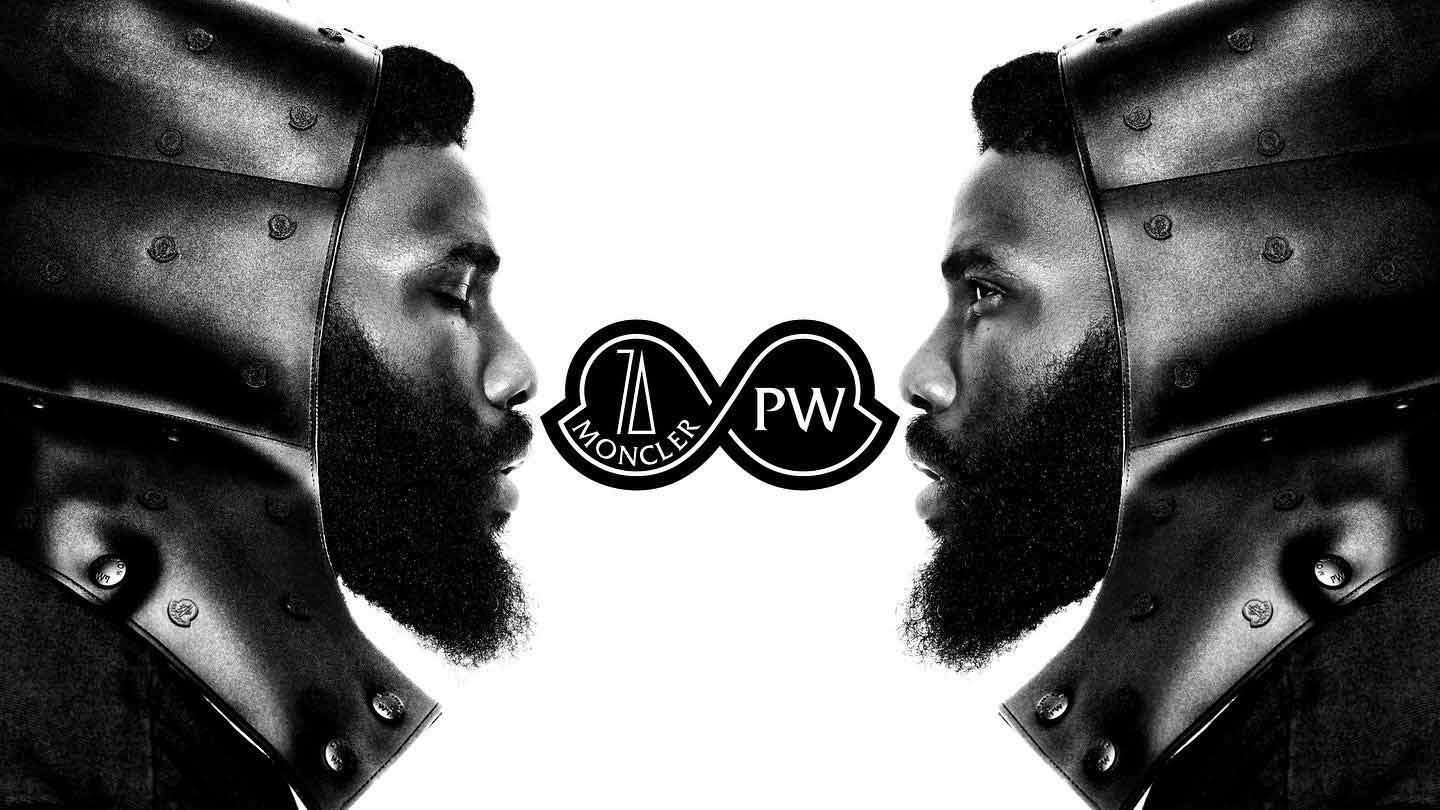 Honouring 70 years of functionality, ingenuity and versatility, Pharrell Williams joined the ranks of Hiroshi Fujiwara, Thom Browne, Pierpaolo Piccioli, Rick Owens, Francesco Ragazzi and Giambattista Valli, as one of the seven designers enlisted by the Alpine brand to reinterpret the epochal Maya 70 jacket, in their own inimitable signatures.

Moncler began life in Monestier-de-Clermont, a commune in the heart of the French Alps as a brand for survivalists, adventurers and explorers, founded by René Ramillon and Andrè Vincent and built to create quilted sleeping bags for the mountaineers who crossed the snow capped peaks. By 1954, the duo had graduated to outerwear, creating their first down jacket worn that year by Italian climbers Achille Compagnoni and Lino Lacedelli to reach the summit of K2, the second highest mountain in the world. And in 1968, the brand outfitted the French downhill ski team for the Grenoble winter Olympics. The multi-hyphenate’s reimagining is best reflective of the design’s lasting silhouette, shaped from polymeric fabric and stamped with miniature versions of the Moncler logo.

Williams selected the rapper Tobe Nwigwe to wear his translation of the design, “I feel like he’s just a trailblazer, in terms of doing things that make sense for him and his archetype” the designer said. “He has a super strong sound”. The partnership is symbolic of the design and music industries intrinsic relationship and Pharrell’s avant-garde bridging of the two spheres — definitive of his career since it’s early days. “Collaboration is always an opportunity to learn something else” he said “It’s a means of expressing oneself. It’s not worth doing if it’s not on the precipice of burning everything around it”.