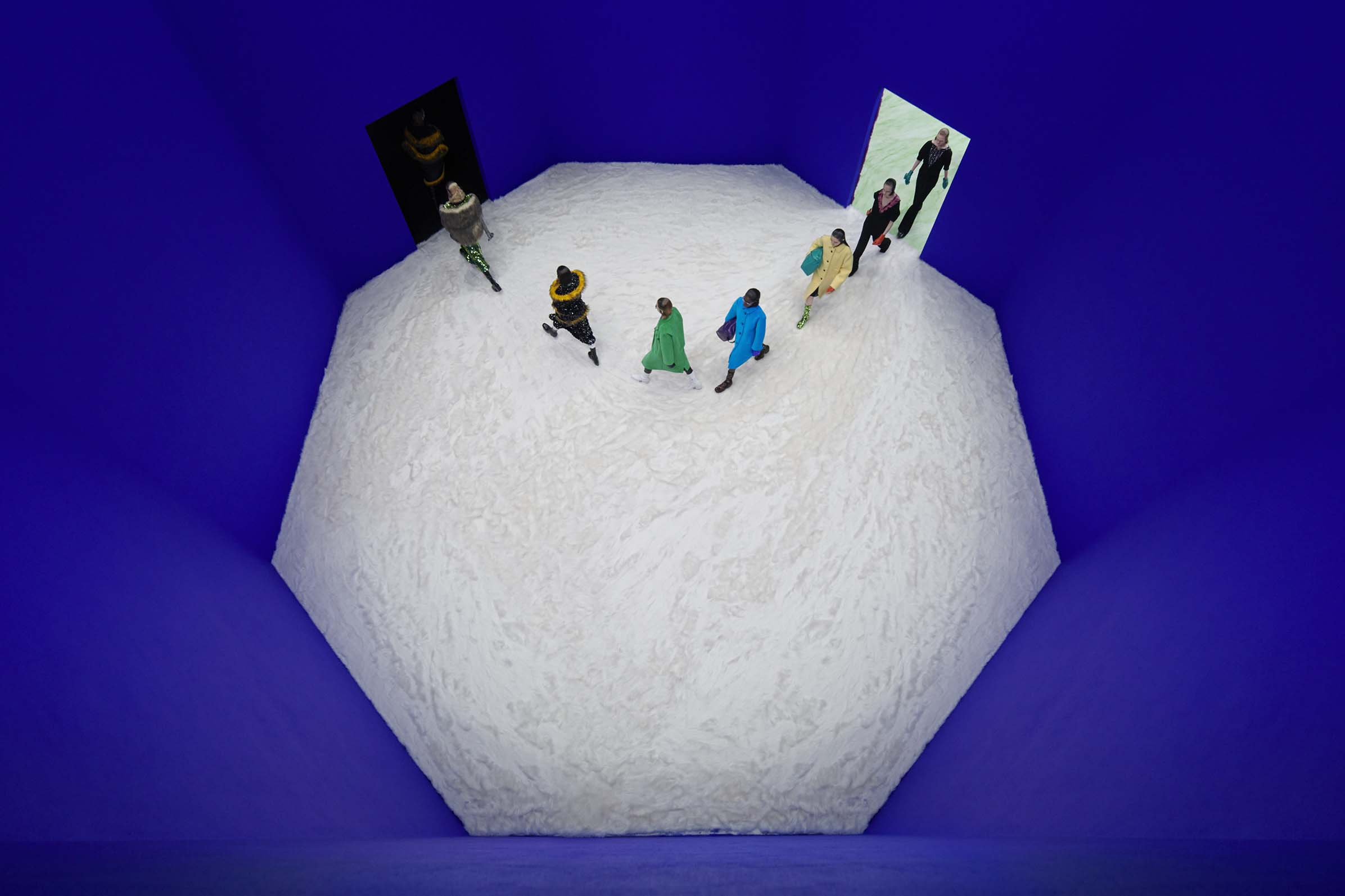 The Prada Fall/Winter 2021 Womenswear collection by Miuccia Prada and Raf Simons is inspired by the idea of change and transformation, opening possibilities. A fusion between disparate themes and intents mirrors the nature of humanity: a belief in the fact that men and women each hold the masculine and feminine within themselves. This collection explores the space that exists between conventional polar opposites - the point between simplicity and complexity, elegance and practicality, limitation and release, transmuted.

A freedom to transgress boundaries of convention is mirrored by the freedom of the body, its energy, delineated through fitted bodysuits in stretch jacquard-knit, representations of and substitutions for exposed skin. Emphasis on the body serves to highlight action, activity, further underscored by garments with a softness and inherent ease - the attitude of movement, transposed. Pleats and gathers animate dresses. Tailored suits express a universal classicism - paradoxically, vents allow glimpses of the body, unconstrained. Physical freedom reflects an ideology.

Clothes are translated from one intent to another - ornament can become functional, the pragmatic can become decorative. There is a shift between their essential languages. The obvious is re-engineered, so evening-gowns become utilitarian jumpsuits and tailored coats are proposed in bright color or executed in paillettes, transforming and mutating between antonymous purposes. Rectilinear wraps morph, their pure architecture transmuting into the foundation for new forms of outerwear. Executed in re-nylon and jacquard, faux fur and sequins, they retain a closing gesture - another action - symbiotically symbolic of protection, and of grace.