Taylor Russell is the new Global Ambassador for LOEWE 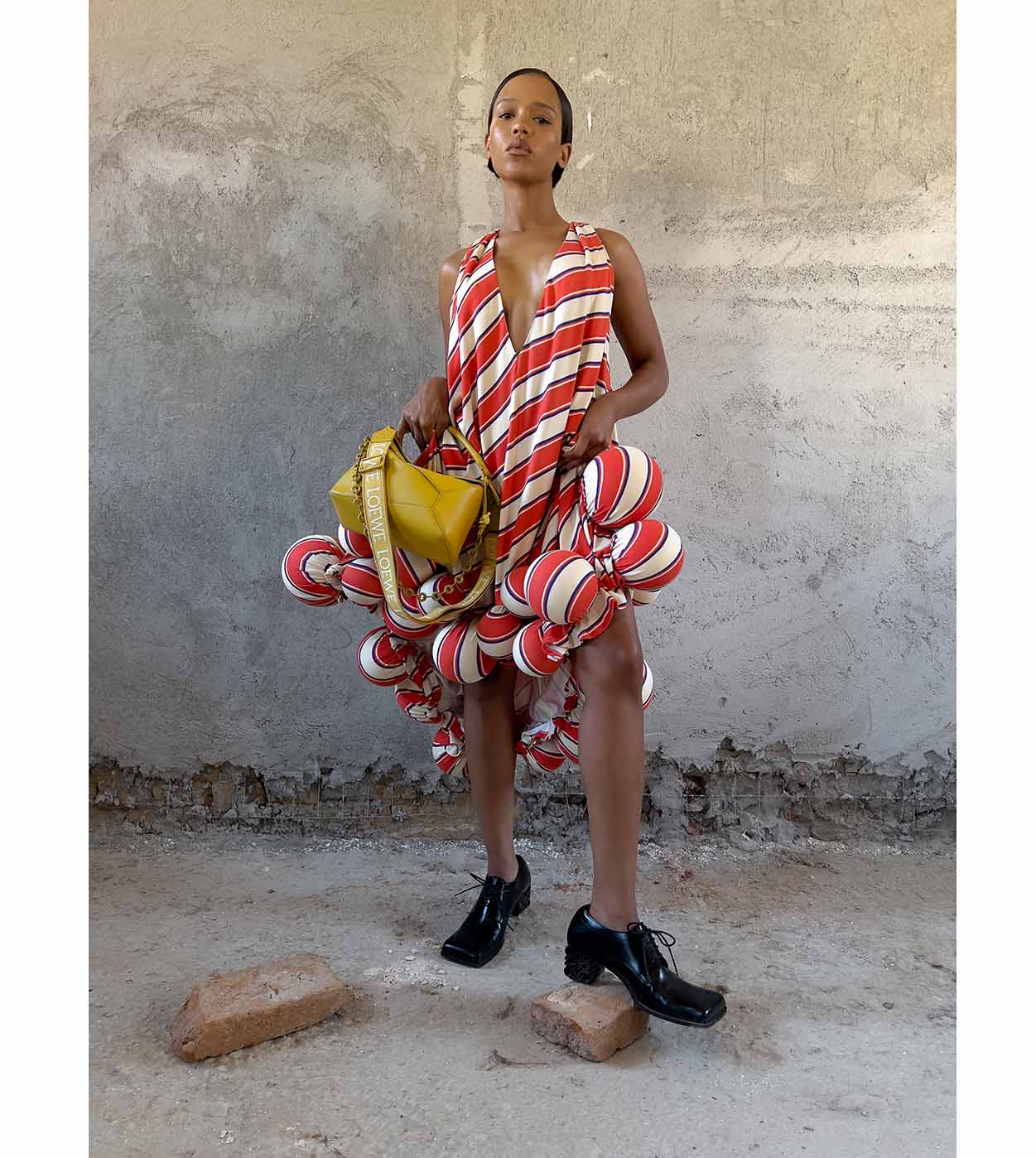 ‍‘I first met Taylor through a very dear friend of ours, Luca Guadagnino. I’ve never been so inspired by someone—it was the start of a very special friendship. I’m so proud that she agreed to open the SS23 show, and excited to have her join the LOEWE family.’ Jonathan Anderson Loewe's Creative director

‘I am honored to join the LOEWE family as their first US-based Global Ambassador. Jonathan has been at the forefront of creativity in fashion, with such a distinct vision and voice. I am excited for our imaginations to reach new heights as we explore and collaborate in this incredibly special partnership.’ Taylor Russell

Taylor Russell has quickly become one of the industry’s most exciting talents. Upcoming, she will star as ‘Maren’ in Luca Guadagnino’s Bones and All opposite Timothée Chalamet and Mark Rylance. The film, which enraptured critics and audiences alike following its world premiere at the 2022 Venice International Film Festival, will be released in theatres by MGM/United Artists Releasing on November 23, 2022.

Russell is known for her role in Trey Edward Shults’ Waves, which was released by A24 in 2019. On behalf of her performance in the film, Russell won a Gotham Award in the category of ‘Best Breakthrough Actor’. She was also honored with a Virtuosos Award at the 2020 Santa Barbara International Film Festival, nominated for a 2020 Film Independent Spirit Award, and recognized by Time magazine as one of ‘Best Movie Performances of 2019’.

Behind the camera, Russell served as a producer and made her directorial debut with the short film, The Heart Still Hums which she co-directed. The 29-minute documentary chronicles five women as they fight for their children through the cycle of drug addiction, homelessness, and the trauma of neglect from their own parents. The film debuted at the 2020 Palm Springs International Short Film Festival and was subsequently honoured with the Best Documentary Short Award. Searchlight Pictures’ ‘Searchlight Shorts’ acquired the short soon after.