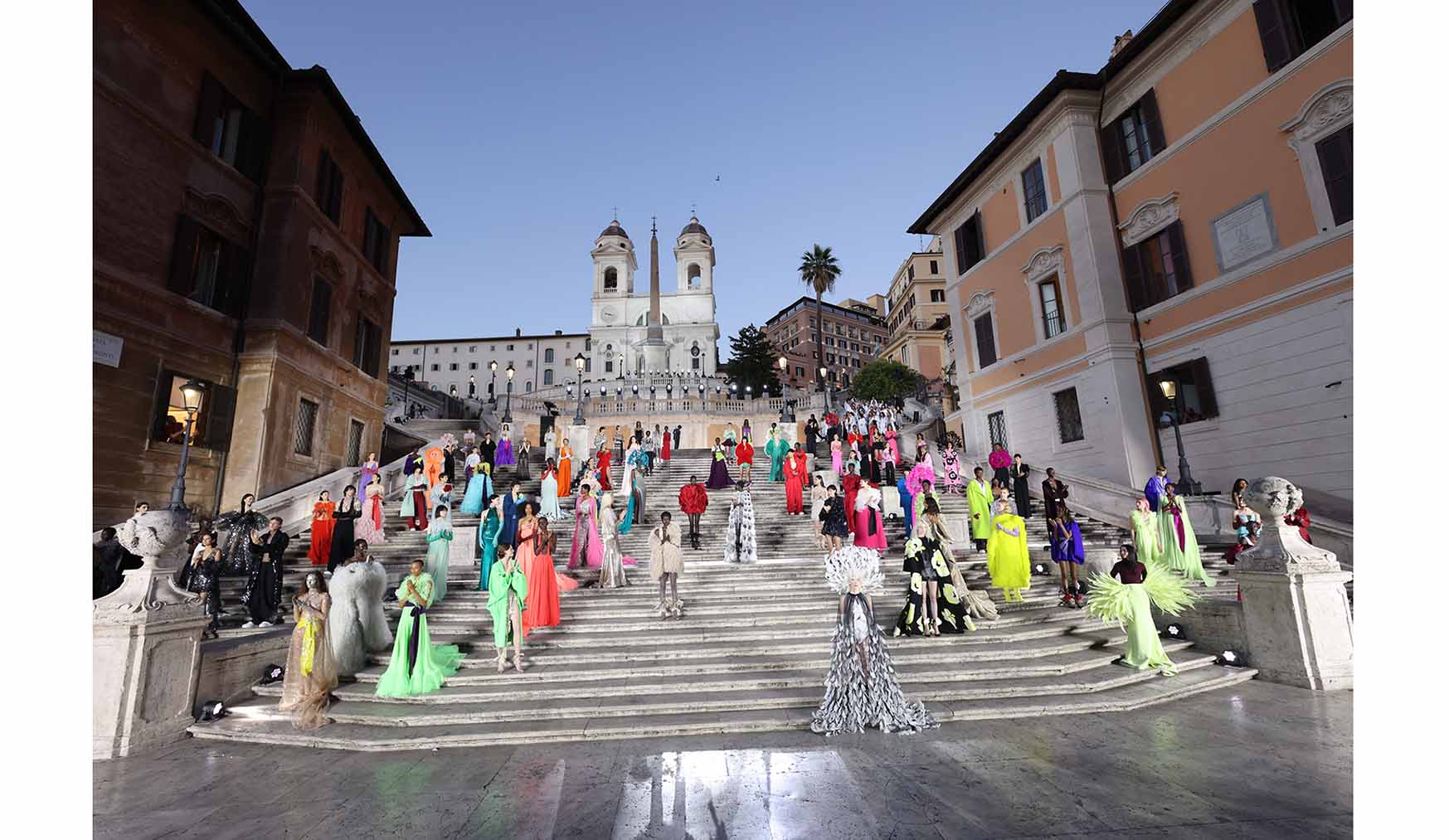 Beauty comes from harmony. It is not an aesthetic imposition, it does not obey rigid canons, nor fixed rules. Beauty is a manner, and it is pivotal to the way Maison Valentino operates since its foundation.

This collection depicts the idea of beauty heralded, supported, and fostered by Creative Director Pierpaolo Piccioli, here and now. An idea that makes central what was once peripheral, that turns into protagonists those who, once, did not even have supporting roles, that seeks glamor in what is imperfect and far from the canon. An idea that broadens the spectrum of beauty.

Everything starts anew where everything invariably begins: in Rome, in the Atelier, the place where creations and inventions come to life through the hands and stories of those who actually make the clothes, of those who imprint their character on cloth through manual work. The manner hasn’t changed. Not even the address has changed. And yet everything has changed.

A dialogue with personal history, an ideal conversation with the founder through a collection of moments, themes, colours, materials, signs, lines, following the map of taste and sentiment.

Dialogue is a reflection of oneself and a way of finding oneself, looking for other angles. After all, nothing is ever the same the second time around. Each beginning is a timely one. And each beginning brings back to the atelier, which is where the vision becomes tangible.

The conversation ultimately materializes in the fashion show, a topical moment and the final embodiment of the initial idea. Fashion is never static. Movement is its true dimension, unravelled in space and time.

The movement along a stairwell full of history echoes other movements and fashion moments, along the same steps, which now become an extension of the Atelier. The final depiction coincides, but not entirely, with the initial one. In the differences lies the embracing of other beginnings, of further journeys without maps other than those of sentiment.