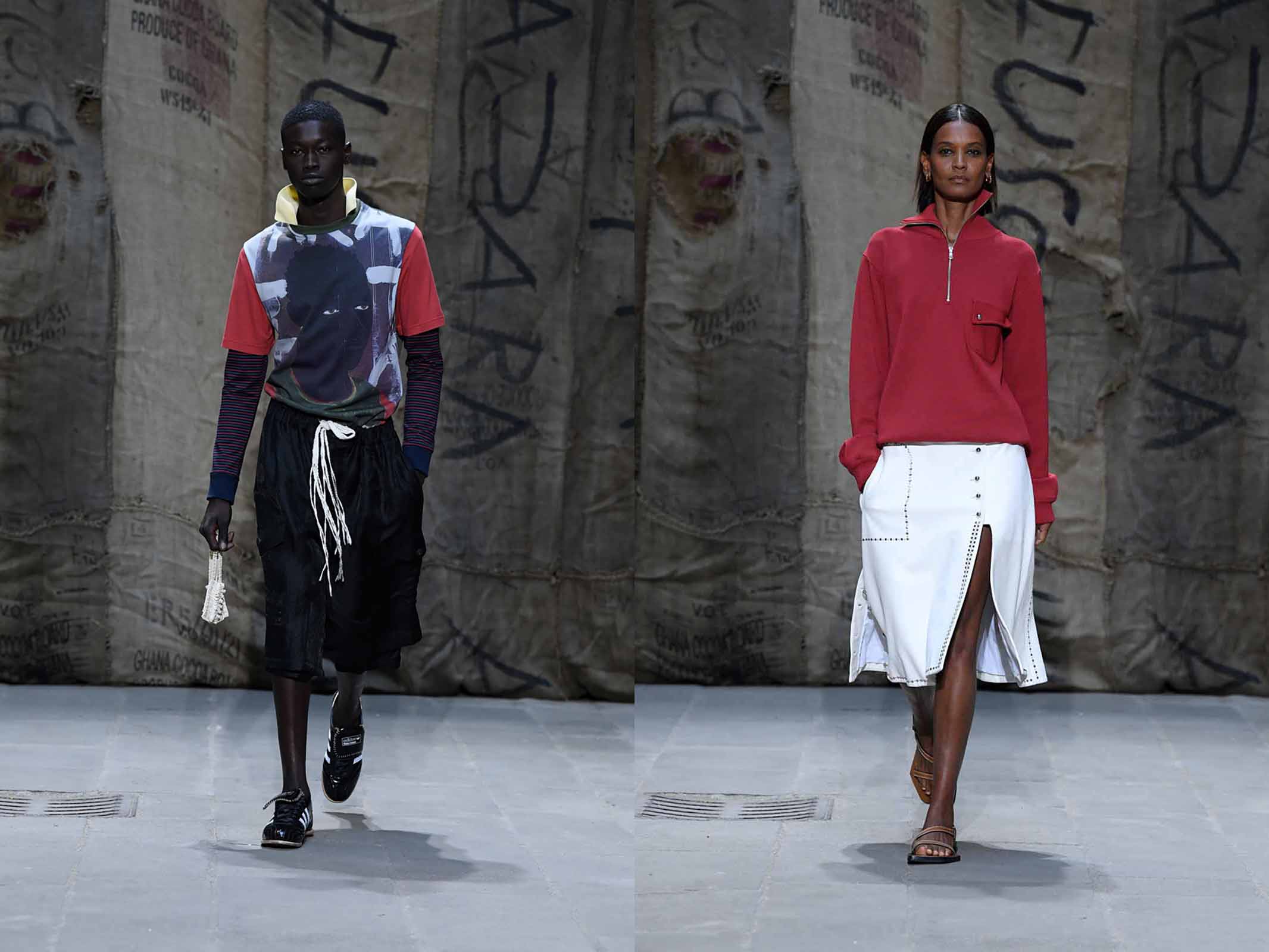 Pitti Uomo’s guest designer channelled Afro-Atlantic aesthetics into a groundbreaking show exploring the past, present and future of Black presence in Florence

Set in the breathtaking Reinassance frame of Palazzo Medici Ricciardi — the Michelozzo’s masterpiece which was commissioned in 1444 by Cosimo de’ Medici, patriarch of the notorious banking dynasty — Grace Wales Bonner’s latest collection stayed true to the historical legacy of its backdrop, engaging the public in a fashion exploration of Black culture.

Presented in Florence as part of Pitti Uomo, the ultimate menswear event for which Wales Bonner served as this season’s guest designer, the new line by the South Londoner fused European heritage and Afro-Atlantic spirit into garments meant to celebrate Black presence in the cradle of the Reinassance across the centuries.

Rooted in history and its socio-cultural implications, Wales Bonner Spring 2023 Menswear Collection presented all attendees with a variety of symbols used to re-evoke specific eras in the journey of the Black community. For the occasion, Ghanaian artist Ibrahim Mahama papered the walls of the prestigious palazzo with hundreds of hand-stitched jute bags, once filled with Ghanaian cacao beans. Elsewhere, the symbolism of the collection was more directly addressed by the designer herself who referred to Sanfoka, the bird-looking-backward symbol of Ghana’s Akan people, to explain the vision behind her S/S 2023 line.

“Sanfoka means ‘going back to go forward,’” she said while taking over the courtyard of Florence’s Palazzo Medici Ricciardi for its first-ever fashion show in 485 years of history. “It is not about being nostalgic or historical. It’s about taking something from the past in order to pass it forward and make it useful for the future. And that’s the spirit of this collection.”

More than anything, Wales Bonner’s latest line wanted to pay homage to the late Duke of Florence Alessandro de’ Medici (1510-1537), the first black head of state in modern western Europe. The son of a servant of African descent who used to work in the Medici household and Lorenzo de’ Medici, Duke of Urbino, Alessandro il Moro (the nickname stemmed from his dark complexion) lived in this very palazzo throughout his life and was the last Medici from the senior line of the family to lead the city of Florence. Though short-lived — he died aged 27 — he witnessed and partook in a moment of socio-cultural ferment (‘a spectacular coalescence of cultures bringing new crafts, customs and clothing’, as the notes describe) that saw African presence as intrinsic to both the artistic and intellectual life of Reinassance Firenze.

“I was thinking about the history of Black presence in Florence, and for me it was important to make an intervention within the history, to acknowledge a very sophisticated presence within Black heritage,” Wales Bonner said ahead of the show. “I wanted to acknowledge that presence, but also think about this idea of arrival.”

At Wales Bonner Spring 2023 Menswear Collection, nothing was left to chance. Curated by James William Blade, the musical direction for the runway featured a sound installation that immersed the audience in a market-like space within the garden of the palazzo, situated at its heart, as well as chamber music from Malian kora player Ballaké Sissoko, and further contributions from American musician Chino Amobi and South African sound artist Philip Miller. Sewing the gap between ‘ancestral wisdom and complex bravado’, newly commissioned music from Re-Edition cover star Pa Salieu set the pace for a subversive, irreverent catwalk inspired by a lust for past-informed futurity.

Wales Bonner’s sartorial expertise manifested itself across a number of looks featuring handmade details, including beaded macrame dresses and artisanal jewellery made of baroque pearl, rock crystal and recycled glass beads made in Ghana. African fashion met Parisian haute couture as hand-dyed jerseys and woven cottons produced in Burkina Faso were styled with opera coats enriched with silk jacquard designs exclusively developed by the House of Charvet in Paris.

The ceremonial wardrobe was deconstructed and revisited to breathe new life into the memory of Alessandro Il Moro. Formal shirting was lightened through layers of semi-sheer silks whilst exaggerated, perfectly cut collars moved gently under the Florentine sun. Minimalistic, neutrally-shaded and hyper-elegant silhouettes alternated with daring garments — a red Clay sating uniform and a silver-studded suede jacket — along with an eye-catching footwear collection.

Wales Bonner’s ongoing conversation with the creative community took centre stage during the fashion show as cashmere tuxedos and a camel hair coat designed in partnership with Savile Row tailors Anderson and Sheppard walked alongside T-shirts made in collaboration with American master painter Kerry James Marshall. In her adidas Originals by Wales Bonner, the designer dived into uncharted territory experimenting with the grace of past silhouettes within a new, futuristic sports scenario. The result was a collection that, drawing on the experience, knowledge, and skillfulness of the ancestors, graced viewers with a sophisticated and harmonious celebration of European heritage and Afro-Atlantic spirit.