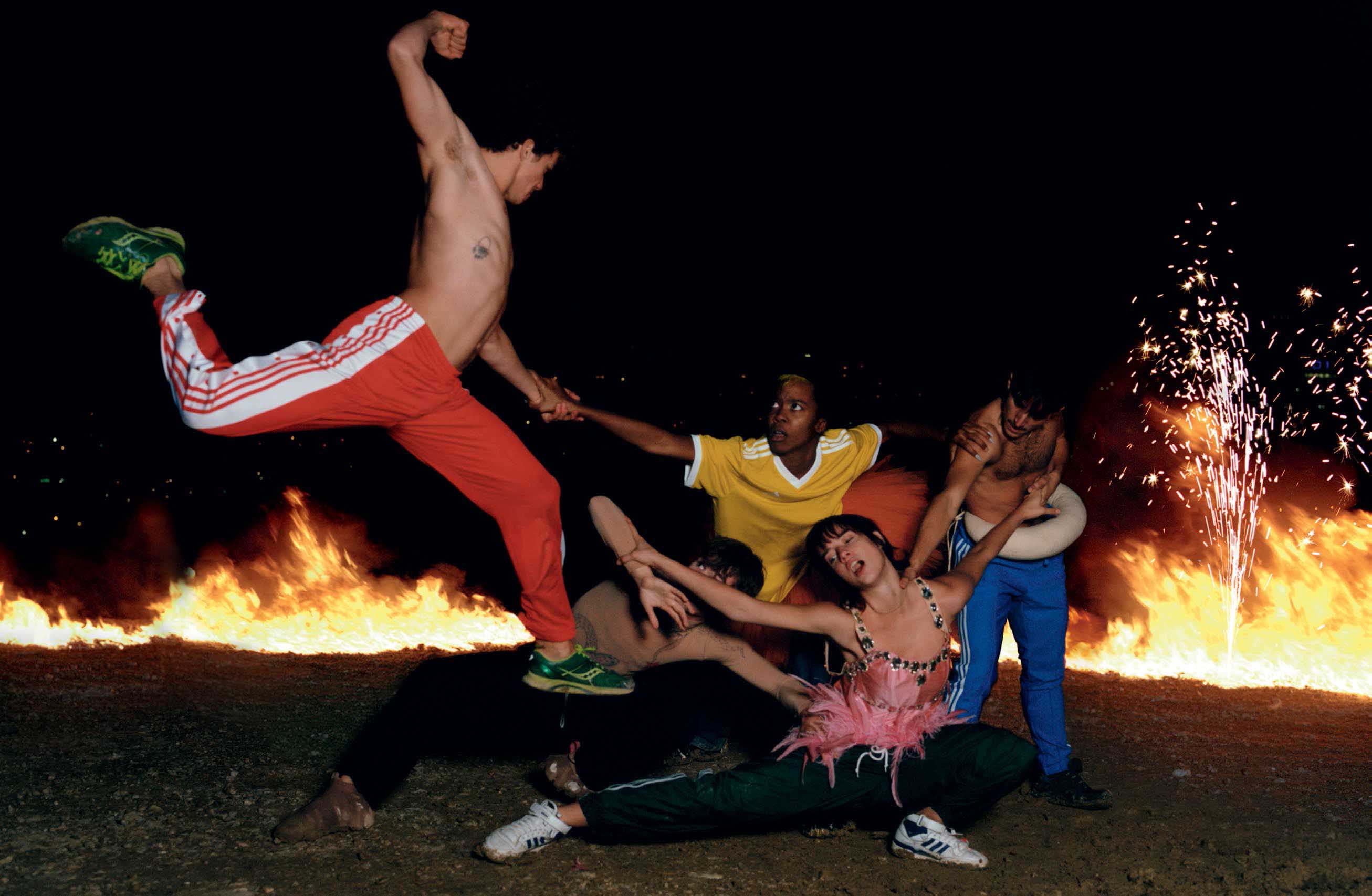 Like any respectable dance company, the story of the Ballet National de Marseille has all the makings of a haunting arthouse movie: a tempestuous founder, the late Roland Petit, who took such offence to his successor he banned the company from ever performing any of his choreographies again; a star ballerina and Yves Saint Laurent muse (Zizi Jeanmaire); and a set of fabled stage designs by artists such as Jean Carzou and Max Ernst that somehow went up in a blaze of fire.

What does remain, however, is the treasure trove of costumes from the likes of Gianni Versace, Erté and Hervé Léger. With the company now under the direction of young collective (LA)Horde, those archives are being documented through artist collaborations, the latest of which is Harley Weir’s intoxicating story on these pages. “For me, dance is one of the most sacred forms of ephemeral arts, so I always jump at the chance to work with any dancer,” Weir says. The story sprung from an upcoming Ballet National de Marseille dance themed around the idea of a battle. “That really excited me because I feel like dance takes you to places you can’t go,” Weir notes. “And I think as a woman, the idea of violence, battleground, war is something that’s quite unexplored for me, so it was really exciting to explore that within dance and go to those bloody realms without having to.” Shot in one dizzying day in Marseille, the frenzy of getting “hundreds of dancers” through make-up and in and out of looks is palpable in the visceral images. Mystical beings battle it out on the muddy shores: mermen fighting for autonomy in their shared body, two women in a dress made for two ‘conjoined’ ballerinas, demons and angels in love-hate combat – an internal struggle as much as an external conflict. Strange and magical – heightened by recycled props made by students from the École Duperré Paris from offcuts and throwaway objects – the story dips into Weir’s ongoing exploration of female strength and violence in a different context. The stripper heel motif that often features in her work makes an appearance here, too. “I like the idea that they make you feel bigger and stronger by making you feel weaker. That’s an interesting thought for a woman.”