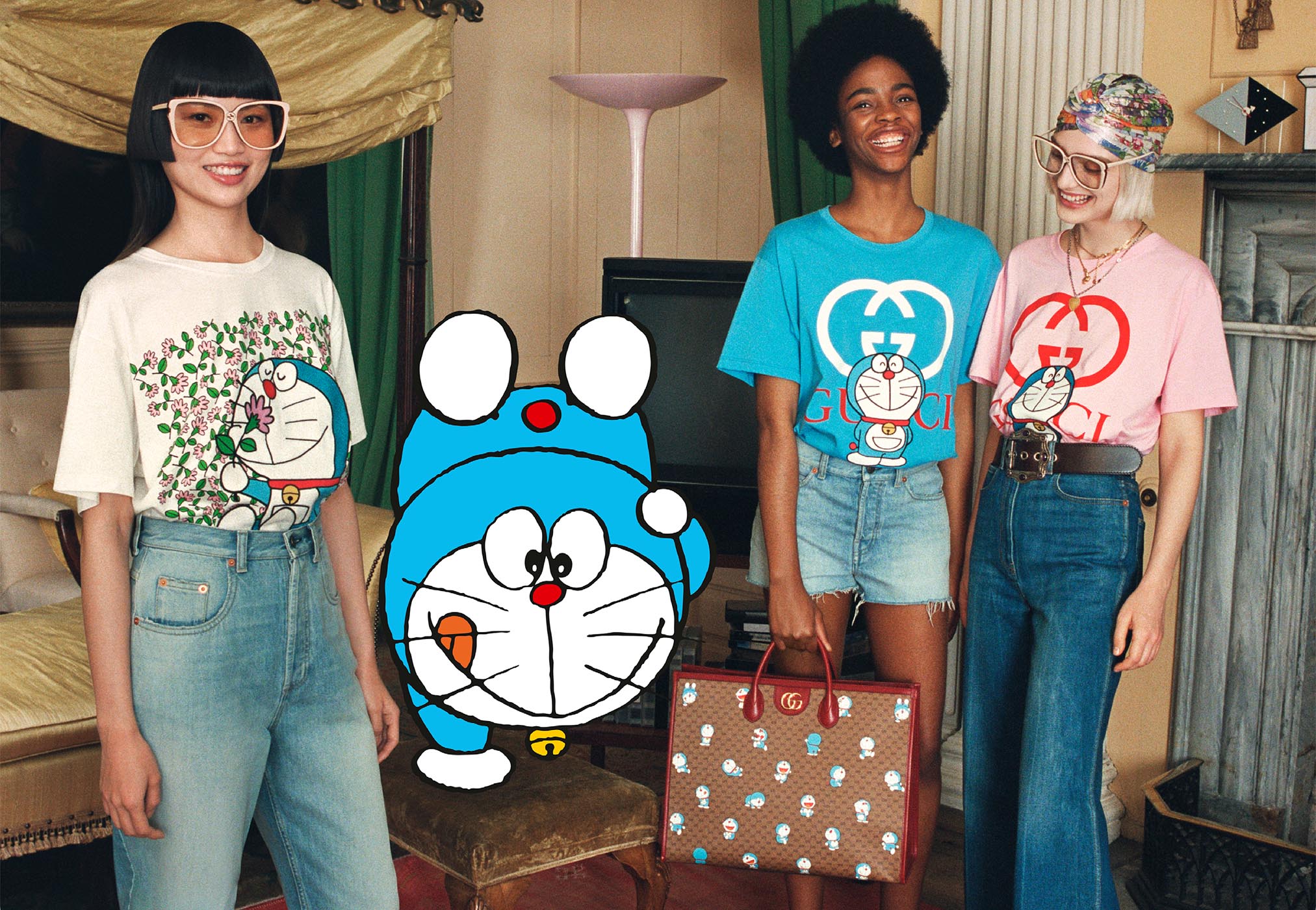 To celebrate the upcoming Chinese New Year, commencing on February 12th and which heralds the Year of the Ox, Gucci’s Creative Director Alessandro Michele has imagined a dedicated collection of special items that feature the famous Japanese manga and anime character, Doraemon – the cat-type robot sent from the XXII century to help a young boy called Nobita Nobi with secret gadgets from his four-dimensional pouch. The resulting Doraemon X Gucci collaboration is also marking the manga’s 50th anniversary.

The special collection for men and women featuring pop icon Doraemon in his classic blue colour over the GG motif, across different product categories, will debut on January 12th.  Later in the month of January, a new special and playful Doraemon‘s disguise, exclusively created in tribute to the year of the Ox, will be revealed.

For the occasion, Doreamon takes the stage of the new Gucci Chinese New Year campaign shot by photographer Angelo Pennetta. This highly recognizable character becomes a companion who transforms everyday activities into joyful adventures. From having breakfast, to playing video games with friends or partying in the garden, the affable Doraemon in the role of an imaginary friend brings colour into people’s lives.

The Gucci 2021 Chinese New Year Collection has its own sustainable packaging, which comprises fully recyclable green bags and matching swing tickets referencing the 50th anniversary of the cartoon, all featuring Doraemon.

The Japanese manga character will take over selected store façades and street installations in different cities across Australia, China, Hong Kong, India, Japan, Malaysia, Singapore, Taiwan, Thailand and Vietnam.  Doraemon will also be the star of two Gucci ArtWalls in Shanghai and Hong Kong, where he will pose over the GG motif, as in the collection.