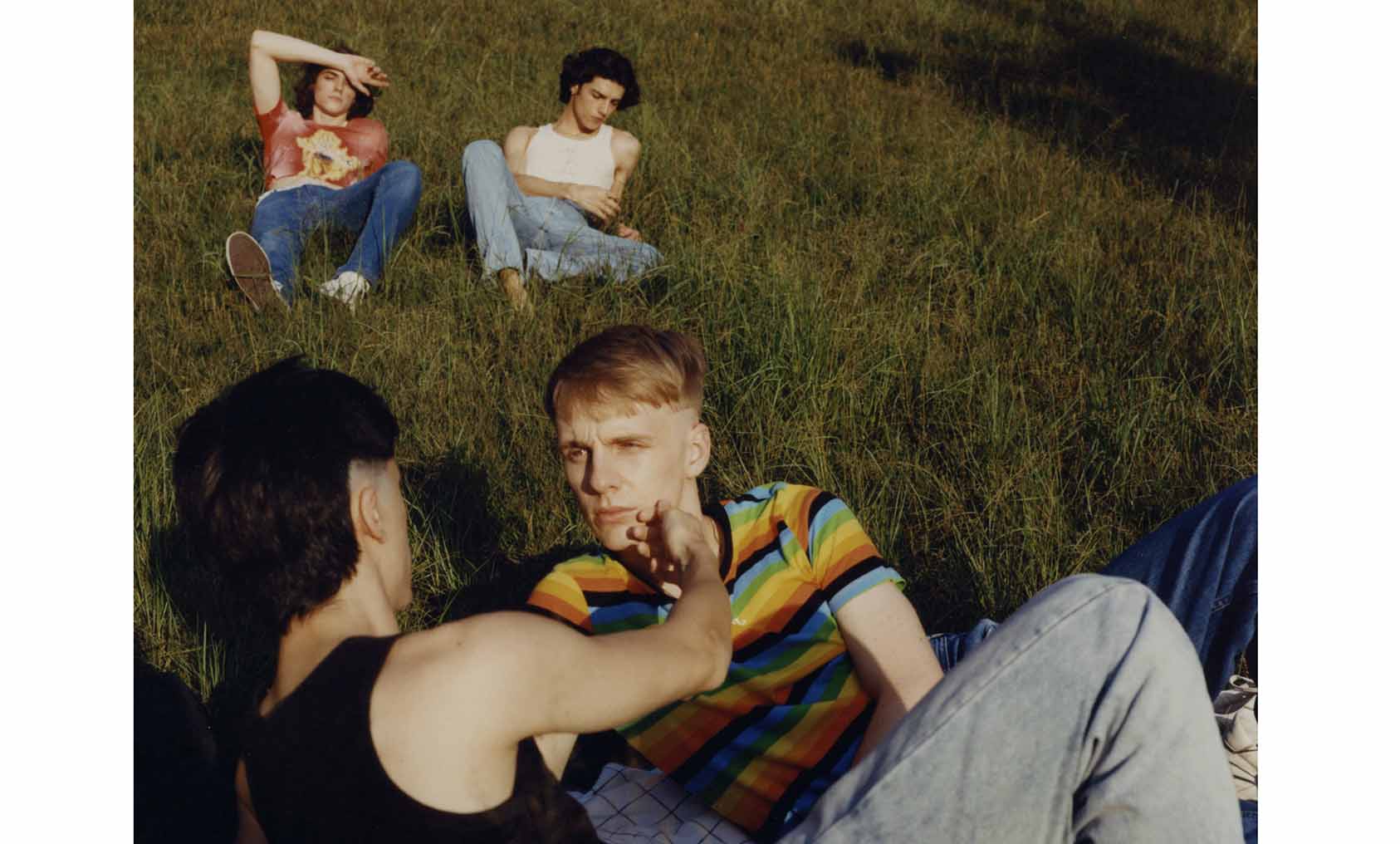 “I want people to feel transported to the utopian world I created for myself and understand that nurturing a sense of community is all we’ve got to do in order to be safe,” says the photographer of the vision at the core of his debut zine, OVERTURE

Guilherme da Silva’s first encounter with photography was totally unplanned; yet, just like it happens in the greatest love stories, his connection to the medium felt instant and life-changing. As the photographer explains to Re-Edition over email, his passion for the lens came as a coincidence when he was still a teenager. “I started to take pictures when I was 15 or 16,” da Silva says reminiscing about his first camera — a “very low budget one” his parents had bought to document the birth of his older sister’s son. “Everywhere I went, that camera was always with me,” he says. “I didn’t have any clue of what I was doing back then but I suddenly felt like I wanted to be a photographer.” ‍

Talking about his days as a university art student, da Silva looks at his first photography class as a turning point in his artistic practice: it was on that same occasion that he was introduced to the work of Nan Golding, the image-maker that, together with fellow photographer David Armstrong, would later provide him with the visual vocabulary to express himself as a queer person, thus becoming his main inspiration. “My teacher asked if anyone was already working with photography and, although I wasn’t sure that what I was shooting at the time could be called ‘work’, I showed it to her anyway,” da Silva says. “After looking at my photographs, she gave me a Nan Golding’s book — a moment which changed me forever, convincing me to pursue this path.”
‍

Now based between São Paulo and Milan, da Silva was born in the Southern part of Brazil, an area he describes as widely colonised by Italian and German people. As a gay person living in a very conservative community, he recalls struggling a lot throughout his childhood and school years. “Ever since coming out, my parents have always accepted me,” da Silva says. “Though I was completely safe at home, I never felt safe outside.” Having left his hometown to work as a professional photographer in São Paulo, da Silva was soon met with a shocking reality. “From fashion brands with teams entirely composed of straight people to magazines not wanting to cast anyone who ‘looked gay’, I saw LGBTQI-phobia everywhere I turned.” ‍

It was from this initial moment of crisis that the photographer found the motivation to create his debut zine, OVERTURE. Just like its title, which in musical terms refers to an orchestral piece serving as an introduction to an opera, the publication wants to be a foretaste of the photographic work da Silva is yet to develop. Comprising images shot between 2019 and today alongside illustrations by Lucas Bassetto, the volume explores the idea of utopia from a queer perspective, offering viewers an idyllic glimpse into a thriving LGBTQI+ Brazilian community. Inspired by the mythological concept of Arcadia (“bountiful natural splendour and harmony”), the photos contained in the zine candidly portray a dozen of queer subjects — “all met online and now become friends” — as they unwind in a São Paulo park as well as other public spaces.

A reaction to the LGBTQI-hostile, suffocating atmosphere da Silva experienced whilst working in Brazil, OVERTURE stemmed from a trip to Italy the photographer took to visit his best friend, also called Guilherme, in 2019. “Everything happened during my stay in Italy,” he says explaining that what he lived on that journey — from breaking up with his boyfriend to staying in a hostel in Florence with some old bikers — helped him overcome the creative block and frustration that had taken over his craft that same year. To mark the importance of this eye-opening experience, da Silva included a portrait he shot of Guilherme in Venice in the final edit of the publication: “I took a lot of pictures on that trip and, when I made it back to Brazil, I saw this one of my best friend,” he says. “It’s the first photo in the zine, I knew I had to do something about it.”

‍At its core, OVERTURE is da Silva’s visual representation of an imaginary world where everyone is free to be themselves in perfect harmony with nature and those who inhabit it. A metaphor for the photographer’s own search for belonging in today’s creative industry and beyond, the zine draws on Thomas Eakins’s Arcadia-inspired paintings and Justine Kurland’s photo series Girl Pictures (1997-2002) to immerse people in a dreamy, sun-lit queer utopian universe. “I spent most of my life trying to escape Brazil through mental safe spaces that would allow me to run away from its brutal reality,” da Silva says retracing the three-year-long process that led to the launch of the zine: a project whose urgency was heightened by the tension arising from Jair Bolsonaro’s far-right politics and the pandemic outbreak.

Speaking of the vision behind OVERTURE, the photographer stresses how the intimacy and warmth reproduced by his chosen colour palette are meant to embrace viewers, providing them with unconditional love and protection. “I want people to feel transported to the utopian world I created for myself and understand that nurturing a sense of community is all we’ve got to do in order to be safe,” he says. “In a world that forces us to deny who we are to fit in, this zine presents viewers with a place where they can simply be.”